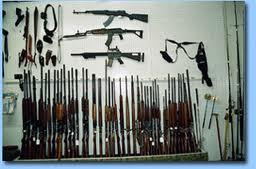 Back in the late sixties, early seventies, there was an national effort to provide financial aid to police departments. The feds put together the Local Law Enforcement Assistance Program, otherwise known as LEAP. Using funds from this program, cops could hire additional offficers, purchase all kinds of equipment, even run certain types of covert operations such as stings and narcotics buys.

One of the unintended consequences of sting operations was that the cops running the sting would buy anything as long as they thought it was boosted. Warehouses full of stolen goods were purchased with taxpayer dollars. As mentioned in the previous Guns and Crime Part II, sometimes the sting generated a mini-crime wave as petty criminals saw an easy way to fence stolen property. They would flock to the sting with every kind of goods you could imagine. Some of the more ambitious crooks would steal an entire truckload of goods; in one instance it was a trailer load of beer.

As the stolen property was evidence, much of it had to be held until the case was adjudicated; sometimes for several years as the case could be brought up for an appeal. The insurance companies would pay for the loss in many instances and it was a nightmare on how to settle the proceeds of the crime once they were sold at a police auction.

That being said, the feds always seemed to have a hankering for a good old fashioned sting. And it may come back to haunt them.

A senator is examining claims that bandits who gunned down a U.S. Border Patrol agent during a December firefight near the Arizona-Mexico border may have been armed with assault rifles purchased from a Glendale, Ariz., gun store that were part of a federal sting operation and subsequently smuggled into Mexico.

In a letter to the Bureau of Alcohol, Tobacco, Firearms and Explosives, Sen. Chuck Grassley, R-Iowa, a senior member of the Senate Judiciary Committee, suggests that negligence by federal agents who failed to keep the firearms out of Mexico may have played a part in the Dec. 14 slaying of agent Brian Terry, a member of the Border Patrol's elite tactical unit known as BORTAC.

Grassley said he had information that the AK-47s recovered at the shooting scene were traced to Project Gunrunner, an ATF program designed to stem the illegal flow of U.S. guns to Mexico.

"Members of the Judiciary Committee have received numerous allegations that the ATF sanctioned the sale of hundreds of assault weapons to suspected straw purchasers, who then allegedly transported these weapons throughout the southwestern border area and into Mexico," the senator wrote to acting ATF Director Kenneth Melson. "According to the allegations, one of these individuals purchased three assault rifles with cash in Glendale, Ariz., on Jan. 16, 2010. Two of the weapons were then allegedly used in a firefight on Dec. 14, 2010, against Customs and Border Protection agents, killing CBP Agent Brian Terry."

According to an El Paso newspaper, Operation GunRunner has been operating since at least January, 2008.

In addition to the tragic possiblility that an American law enforcement officer was killed just last month as a result of this sting, it begs the following questions:

"How many of the guns seized by Mexican officials in 2008 and cited in the 2009 GAO study were sold under the authorization of the ATF?"

"Will the facts surrounding the ATF's culpability in the Death of Border Patrol Agent Brian Terry be made known?" 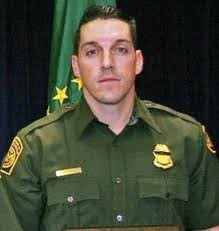 UPDATE
The LA Times is also running this story, but it minimizes the role the ATF played in getting the guns into the hands of murderous cartel members. Call your congresscritter and let them know that you want a complete inquiry into this matter.

Will there be more installments?

I'm saddened that I am no longer shocked by government ineptitude.

Guy, this is the end of it for a while. Can't be a little Johnny one note. But isn't it interesting how the government manipulates it's own agencies to sway public opinion?

Thanks guys for getting the word out, and the hat tip.

Leahy has decided to provide political cover to the thugs, rather than expose the truth and protect the American people from totalitarians. Surprise!

Thanks again Sig 94 and Mr. Goomba.