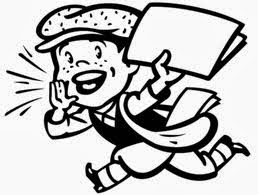 India Is Still Pissed
India is now examining American diplomats and their families employed in India to see if they are violating any of their host country's labor laws. Tune in the bitch slap in three, two, one...


NEW DELHI (Reuters) - India has sought details about staff in American schools in the country for possible tax violations and revoked ID cards of U.S. consular officials and their families, retaliatory steps for the arrest of an Indian diplomat in New York.

[...] An Indian government official said on Friday that New Delhi had asked the U.S. embassy to provide details about people working in American schools and other U.S. government facilities to determine if they had permission to do so and if they were paying taxes that are mandatory under Indian law.

Diplomats' spouses who take up work in schools or other embassy facilities are supposed to inform the host country.

Violations of this kind had often been ignored, but now India would not turn a blind eye, the official said, speaking on condition of anonymity.

The U.S. embassy declined to comment on the latest steps.

Apparently the Indian government is not adverse to rubbing curry on an open wound. And why do they call themselves Indians?

No Beer, No Mercy!
It's the squirrel for you!


NORTH CHARLESTON, S.C. (AP) - South Carolina authorities say a 44-year-old woman angry at a man for returning home without beer on Christmas beat and stabbed him with a ceramic squirrel.

The Charleston County Sheriff's office says in a report that deputies found a man covered with blood when they arrived at Helen Williams' North Charleston home early Wednesday. She told investigators the man fell and cut himself, but couldn't explain why her hands and clothes were also bloody.

Deputies say the man said Williams was so angry when he returned without beer because stores were closed on Christmas Eve that she grabbed a ceramic squirrel, beat him in the head, then stabbed him in the shoulder and chest.

I always keep a well-sharpened squirrel on my nightstand to fend off anyone breaking into my home. Take it from me, it has worked incredibly well as I have never suffered a home invasion.


When Flying Pigs Glow in The Dark
Finally, a true piggie night light.

The piglets acquired their bizarre ability to glow under 'black' or UVA light after their embryos were injected with DNA from a jellyfish.

Experts claim that the 10 young animals should live as long as any other pig and that the findings could help develop cheaper drugs for humans.

Never at a loss for words, now I can finally say that bacon will suddenly be a lot easier to find when buried in the fridge.

Email ThisBlogThis!Share to TwitterShare to FacebookShare to Pinterest
Labels: Humor, In The News, Indians, Pigs, Squirrels

It Doesn't Take A Genius 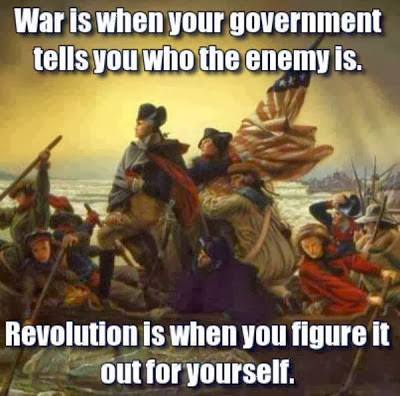 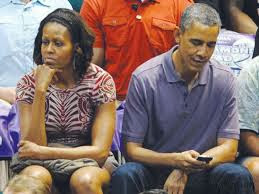 With Obama, unless he is micromanaged by his handlers, everything he touches turns to crap. Including his marriage.


According to a bombshell new report, the First Lady and Barack Obama are sleeping in separate White House bedrooms.

Michelle is also preparing to boot her hubby of 21 years out of their ritzy Chicago home — and seriously discussing divorce.

“The smart money says the marriage is doomed,” a source told the National Enquirer.

“Barack and Michelle have had a rocky go for years and mainly stayed together for their daughters and his political career.

“But now Michelle is mad AS hell. She feels violated in front of the whole world, and screamed at him, ‘I’ve had enough!’

“She’s met with divorce lawyers and told Barack that she wants a life apart from him.

“Mi­chelle will stay in the White House for the rest of Barack’s term for ap­pearances’ sake, but she made it clear they’ll be leading separate lives.

Apparently Michelle is on a hellish roll ever since Obama made a fool of himself at Mandela's funeral. Of course Michelle didn't help matters any by reacting as she did with a murderous glare and positioning herself between her husband and the pretty blonde Prime Minister from Denmark.

Let's face it, you can take the White House out of the ghetto, but you can't take the ghetto out of the White House. These people have absolutely no sense of propriety or self discipline. Self indulgence is emblazoned across their every action like a neon sign above a cheap brothel in Reno.


“Barack has humiliated Mi­chelle before, but this incident was played out on the world stage. Practically everybody on the planet saw what he did and realized that the president has absolutely no respect for his wife.

“Now that Barack has embarrassed Michelle in front of the world, he’s going to pay a big, big price. Michelle has said she wants a huge chunk of his net worth.

“This divorce is going to cost him a fortune.”


The source is the National Enquirer which is the only publication that refused to ignore the John Edwards bimbo eruption and nailed him in the hotel with the goods. Maybe this is true and maybe it ain't, but as Dan Rather said, this is too good not to be true. So there libs.

It's Been Quite A Year 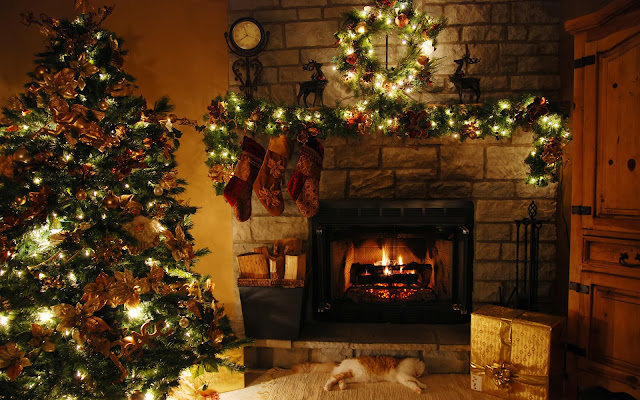 A very merry Christmas to all my friends and readers.

Email ThisBlogThis!Share to TwitterShare to FacebookShare to Pinterest
Labels: Christmas 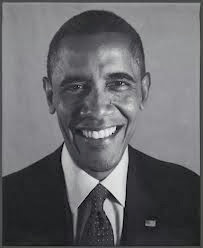 The Obama Tapestry hanging in the  US Embassy, London.

Ah, distinctly I remember it was two years ago November;
When the scheme of union members wrested the Treasury from our control.
And the Wall Streeters did chortle thinking that the dollars were immortal—
And the greens proclaimed that energy could no longer be generated from coal
While millions more clamored to go on the public dole;
And the economy started circling the bowl.

Congress cuts like drunken surgeons, while our national debt still burgeons
And I fear for my Country as I never feared before.
Because now an unholy presence filled with loathing and preternatural menace
Has ensconced itself and mocks us on the British Embassy wall—
And it demands acquiescence as soon as a visitor walks through the door;
Quoth the portrait – “The Constitution? Nevermore!”

This infernal tapestry shows him beaming, our evil President is scheming
On the ways to reduce our nation to poverty and divisive civil war;
And his eyes have all the seeming of a heathen who is dreaming,
Praying for Allah’s aid in leaning our culture to Sharia law;
And my Christian soul doth shudder at the words our Lord might utter
That sinful America maybe – nevermore!
Posted by sig94 at 4:30 PM 7 comments: Links to this post

Tis The Season For Giving

A local United Way office realized that the organization had never received a donation from the town's most successful lawyer. The person in charge of contributions called him to persuade him to contribute.

"Our research shows that out of a yearly income of at least $500,000, you give not a penny to charity. Wouldn't you like to give back to the community in some way?"

The lawyer mulled this over for a moment and replied, "First, did your research also show that my mother is dying after a long illness, and has medical bills that are several times her annual income?"

The lawyer interrupts, "or that my brother, a disabled veteran, is blind and confined to a wheelchair?"

The stricken United Way rep began to stammer out an apology, but was interrupted again.

"or that my sister's husband died in a traffic accident," the lawyer's voice rising in indignation, "leaving her penniless with three children?!"

The humiliated United Way rep, completely beaten, said simply, "I had no idea..."

In The Wee Small Hours