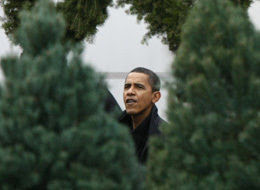 We'll see how far this all goes. I suspect a media powder puff attack piece on all of this.
Posted by sig94 at 5:59 PM

Compare this and F&F and much more to the likes of the 'valerie plame' situation, and we must wonder where in the F are the people on our? side to investigate and prosecute these things........... sigh

Just a thought, I wonder-hummmm, do any of the Union's pension funds hold gas and fuel stock options? If so, that would explain the Teamsters-UPS Strike back in the `90's, after Bubba directed Bill Richardson to crawl to OPEC with hat in hand, asking (begging) OPEC to raise the price of the Barrel of Oil. That caused the Gas Pump Price to jump 2 dollars (mostly in Union controlled States) - that is how the Stock Options Pay, oh, and Mark Rich, who had warehouses stock piled with Barrels of Oil, waiting for the Price Increase. Then the Unions, yes Unions (plural) found all that extra money to give to the Dems re-election Campaigns; and the Big Check Mark Rich's (ex) wife gave to Hillary on National TV- for the Dems Campaign- what a fan fare- then the Pardon. Expect anything else?
Nothing new here folks. Move along move along.

Kid - crime is in the eye of the beholder. And when some shmuck is doing the beholding, we're left holding our hands on our a$$es.

TSWT - keep that up and we'll be sending out a search party looking for your butt next. The unions and trhe dems don't like that kind of scrutiny. That's why they bought the MSM, lock, stock and ink by the barrel.

Thanks Sig. I have posted this before and not to many understood the seriousness of the subject.
In the late `90's, and 2,000, I've told this to rooster hair, pink, green and orange colored, with nose rings with chains to earlobes, and other liberals. And with a look of horror asked, who else knows this? I said not to many, the MSN will not do the reporting of any critical stories of the Dems.
Statute of Limitations probably have run out.
But all that goes on are the same tried and tested to fly by (or over) the heads of the people, just keep on going on.
Like now, with the Candidate Cain; how can the allegations against him be brought home--oh yea, float the story of a coach that reported child abuse and did not follow up; that will turn the people's stomachs and will tire of the whole mess, and turn more against Cain. I'm I the only poor guy that see how the tyrants work? Or, just an other conspiracy nut?

TSWS - I'd say another conspiracy nut. Welcome to the crowd. We are a growth industry thanks to Obama and the now in-your-face deceit of the MSM. Like you say, how in the world can people be ignorant of what is going on?