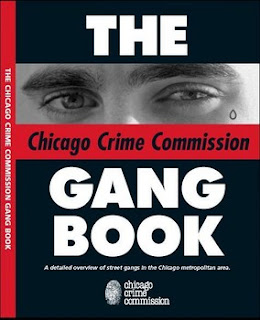 The National Review has a great article on crime and corruption, "Gangsterville," that lays out Chicago's reputation for violence. Gangs have been the warp and weave of crime in most of America's largest urban centers, but Chicago's resistance to the nation's decrease in violent crime can be attributed to something other than criminal intransigence. It's the way Chicago is wired.


You cannot really understand Chicago without understanding the careers of Larry Hoover, David Barksdale, and Jeff Fort, the three kings of the modern Chicago criminal gang. Chicago has a long history of crime syndicates, of course, including Al Capone and his epigones. In the 1950s it had ethnic street gangs of the West Side Story variety, quaint in pictures today with their matching embroidered sweaters and boyish names: the Eagles, the Dragons. But in the 1960s, marijuana began to change all that. Marijuana, that kindest and gentlest of buzzes, was a major moneymaking opportunity, both for the international syndicates that smuggled it and for the street criminals at the point of purchase. Inspired partly by Chicago’s long mob history, partly by the nascent black-liberation ethic of the day, and a great deal by the extraordinary money to be made, Chicago’s black gangs came to dominate the marijuana business — an enterprise model that would soon become supercharged by cocaine and heroin.

[...] “In the old days you had a Jeff Fort or a David Barksdale at the top of the pyramid. You had a very rigid structure, like the old Mafia, with a boss at the top, enforcers, and advisers. There was very strict enforcement of the rules — they’d beat you, maybe even kill you. And to an extent, the gangs could cooperate, because you had some structure.

[...] Worse, the move out of the projects has made it easier to bring juveniles into the gangs. “In the homes, they had a limited number of juveniles at any given time. Now, it’s unlimited,” he explains. “You have juveniles rising to positions of power, and they just don’t have the street smarts or wisdom that even a Jeff Fort would. They’re doing impulsive things that the old guard just wouldn’t have dreamt of. And the money is bigger now, too. Before, the money went straight up to Hoover, Barksdale, or Fort, but now you have 1,000 leaders all competing for that. And you have the street gangs, the Mexican cartels, the narcotics, and the violence forming a unitary cultural phenomenon.”

It's a great read, but what really caught my eye was this comment dropped by an exceptionally perceptive reader, SilverBullet77.


When a city has greater loyalty to a political party than to their own public safety then the game is lost, the Constitution a joke, and soon it will be every person for himself.

We see "Chicago" type situations all over the nation. East St. Louis rivals Chicago for squalor. Michigan is cursed with a infected set of cities: Detroit, Pontiac, Flint, and Saginaw run in a north west arch cutting through the state. Saginaw, the smallest and meanest of the lot, crossed over the Rubicon of no way of being returning to civilized society in the late '90s when a college-coed was kidnapped off the street, was shown to various crack houses as a prize before she was shot and strangled. Prosecutors were stunned over the reluctance of the people in the city to see justice done. Conversely, Saginaw votes solidly Democratic and that's what really matters.

Now, while I am deploring the violence in those cities the fact of the matter is they would never, never, never vote for a Republican. So, from a Democratic-point-of-view they are perfect. People would rather live with the murder, squalor, and lack of jobs than ever give up their pet sin: envy. "That Republican has a better life than you," a Democratic politician will successfully point out of his political rival. Envy, is the perfect gateway sin because it breeds resentment and resentment can justify anything. The Democratic party at this point can't use falsehoods, theft, and murder with out first employing their ace-of-ace: envy.

Chicago, Detroit, East LA, downtown Cleveland, East St. Louis, the large urban areas of Michigan are all solidly Democratic and it matters not that they resemble third-world-hell-holes. They are perfect Democratic machines.

That is the ultimate future of America.

Sadly enough, I believe you're right.

That's why I'm in Smallville, USA.

That's why the first black Joker was elected president, and why I am working to get out.

I think America might kick things over and back in place. But it might not. Either way there will either be fighting or outright genocide. Damned the economy, if social order isn't restored nothing else matters.

I never like making predictions. But things are looking mighty glum. I keep hoping for data driven solutions to real problems from our leaders and all we get is politically motivated BS.

Sig94, I'd appreciate your input on a post on my blog: http://agangershome.blogspot.com/2013/02/gun-practice-against-civilian-themed.html

As a former LEO your input would be prized.