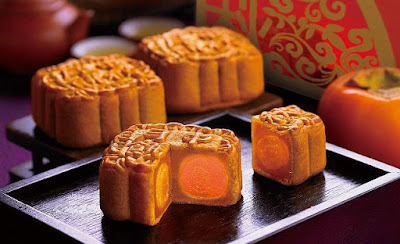 Has anyone eaten a moon cake? What do they taste like? The ChiComs have initiated a pogrom against these pastries. Are they that tasty? Story here.


The Chinese Communist Party has tightened up discipline on its 88 million members by banning several sinful activities, including extravagant eating and drinking, abuse of power, nepotism, adultery, and golf.

The report comes from the state-run Xinhua news agency, as translated by the BBC, which notes that the Communist Party “has in the past warned its officials to refrain from extravagant dinners and purchasing moon cakes using public funds.”

Moon cakes are a Chinese pastry, filled with salted egg yolk and sweet lotus paste, traditionally consumed during the Mid-Autumn Festival. As the BBC previously reported, the Communist Party believed corrupt officials were using public money to splurge on moon cakes and other entertainments during the festival. The prohibition against excessive drinking and eating is apparently another reaction to the abuse of public funds to pay for such indulgences.

Golf? I could care less. I have two sets of clubs gathering dust in my house and I still smile at the way they scream when I hold one in my hand.

Now in America, we have moon pies. 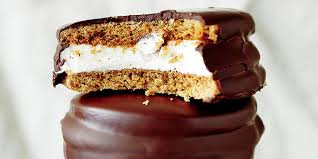 Hmmmm, moon pies. I haven't had one of these in about a hundred years.

Never cared for moon pies. Or hot dogs. Or those marshmallow Easter bunny things. Odd man out, but was good for trading so it worked out. Still, now I am curious about moon cakes. I have heard of them. I know, at times, they have been used to, and in attempts to, smuggle in drugs. And I have heard of them beyond that, but never saw a writeup on them. Now I am curious. I'll look around at my sources, see if anyone carries them.

I have eaten moon cakes in China. They're savory and good. They must be eaten fresh and don't keep, thus they are very seasonal and only come out during the national holiday (going on now) in China.

Well, and they are pretty pricey. I just looked. Still... Yeah, store bought might not be the same. Still, between the two of you I might have to just pay the dues and order some. I can probably share a few out, like them or no. Thanks for the go, LL. And the idea, Sig.

The Moon is ours! We planted the flag there! I vote for serving the moon pie cake as the American Moon Cake. Try out Jeff Foxworthy's version.

I'm with Pewster. But I would like to try the moon cake with a nice fresh cuppa. I would try my favorite Chinese restaurant for one but it's run by Vietnamese. Go figger.