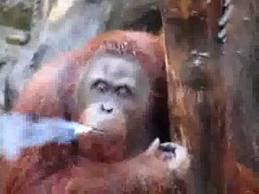 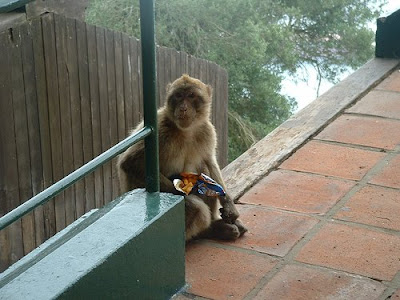 UPDATE: Nancy Pelosi has just introduced legislation in Congress for the Simian Voting Rights Act.
Posted by sig94 at 10:00 PM

I'm drooling. Waaaay too many comic set-ups in this posting. Less is more.

Another case of money laundering of course.

Politician: But hey, if we cut that program it wouldn't even be pissing in the ocean with the budget we got... (and how would we be able to steal 3.6 mil with our buddies... our Mob bosses...)

Has no one seen Goodfellows or The Godfather !
Jumpin Catfish !

The government doesn't give a crap about drug punks !

I would like to know how much weed was purchased and who actually got to smoke it. The monkeys or the researchers?