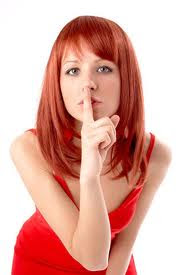 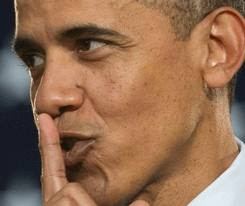 You got THAT right! The proper notification should be, "Oh, by the way, we nuked all the muslim countries off the map yesterday. Let us know if you'd like to discuss it." Hey, I'm serious!

Of course Israel is feeding Obama misleading info. That is on old page out of an old playbook in the intelligence field: once you determine that a consumer of intel uses (or abuses, as the case is with Obama) that information, then manipulation of the intel provided to the consumer to the benefit of the source is a no-brainer.

It's done all the time.

Personally, I think Israel should follow Ronald Reagan's lead on this.

(replace 'Russia' with 'Iran', of course)

Gorges hit the nail right on the head. Tell 'em after the fact, whada they gonna do, throw a hissy fit?

Gorges - Exactimondo. Better yet, let the US know when our nuclear explosion detecting satellites go bonkers as they fly over the Middle East.

WoFat - we can only hope.

Ralph - As the old expression goes: 'tis better to be judged by twelve of your peers than carried by six of your friends.

Fredd - you are usuallly correct in your assesments. If so, then the foreign policy decisions of Obama's administration must be off the charts. These idiots will never know what hit them and how they were used.

Subvet - with these clowns who knows? With Michelle leading him around by the nose, he'll probably be throwing Twinkies.

Man, I can just see Joe "Bozo" Biden going on the news "Well, Israel is going to blow up Iran's nuke sites tomorrow, and ....."

The One can't be trusted with anything.

Kid - Biden might even preface his remarks with a "Now this is a big f'ing deal!"

Odie - sure he can. He can be trusted to screw up a wet dream.