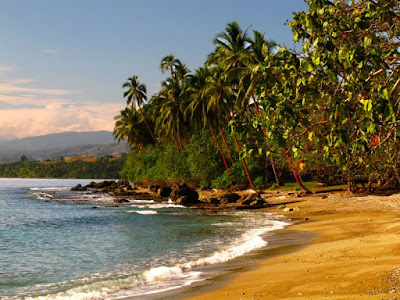 I fear that for many young Americans the word "Guadalcanal" means nothing.
Guadalcanal is an island in the Solomons named after a village in the province of Seville, Spain. The island was named by the Spanish explorer Álvaro de Mendaña in 1568, for the village which was the birthplace for a member of Mendaña's expedition.

In 1942 this island was the scene for the beginning of the end of the Japanese Empire.


At Guadalcanal, the Empire of Japan lost two-thirds of their 31,000-plus army troops committed to the fight. Approximately 1,600 Americans were killed. Warship losses were roughly equal, but the Japanese would never equal American industrial ability to replace them and so felt the loses more significantly. Most devastating to the Japanese was the decimation of their elite naval aviators. From this, they would never recover. The most shocking of American losses was the over 5,000 U.S. sailors and Naval officers killed, a figure that easily surpassed the Navy’s accumulated losses in all her history. 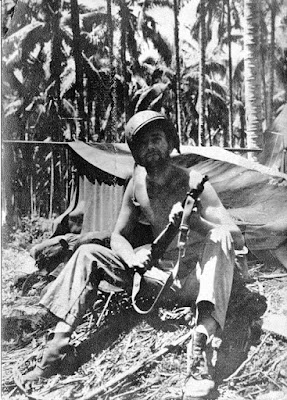 NOTE: Guadalcanal was a crucial victory as it is only a three hour flight from this island to Brisbane, Australia. Japanese airfields would have made transportation form the US to its ally very difficult.
Posted by sig94 at 7:21 AM

Email ThisBlogThis!Share to TwitterShare to FacebookShare to Pinterest
Labels: Guadalcanal, US Marines, WWII

James Michener's words are coming true:
"They will live a long time, these men of the South Pacific. They had an American quality. They, like their victories, will be remembered as long as our generation lives. After that, like the men of the Confederacy, they will become strangers. Longer and longer shadows will obscure them, until their Guadalcanal sounds distant on the ear, like Shiloh and Valley Forge."

Well, empires fall (roman, otoman, japanese..). We're probably going to witness soon the fall of the modern empires and their replacement with Iran, Daesh and the like.

That was a mind-bending quote. Thanks for that.

I think the Pacific war was so much more brutal and difficult. I can't think of anything in Europe that would rise to the difficulty and brutality of the war with Japan in the Pacific.