What A Difference A River Makes! 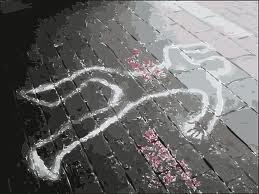 Just across the river from El Paso, TX, is one of the most violent cities in the world. Just how bad is it in Ciudad-Juarez, Mexico? 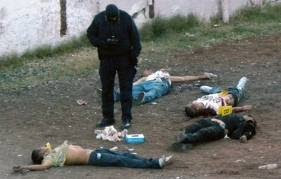 The number of civilians killed in Afghanistan was compiled by the Congressional Research Service and published in a CRS report released on Feb. 3. The number of civilians killed in Juarez was compiled by Molly Molloy, a research librarian at New Mexico State University who maintains a count of murders Juarez and published it on the Frontera List Web site.

Another CRS report details the research on the number of murders in Juarez. 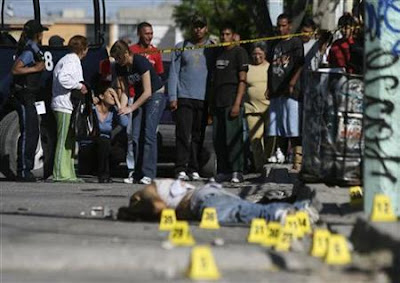 While the 2010 Uniform Crime Report (UCR) has not been released by the FBI, the 2009 UCR can give us an idea of just how bad it is just across the border by comparing US city crime rates with those of Juarez. So let's look at America's largest cities and compare their 2009 UCR murders. 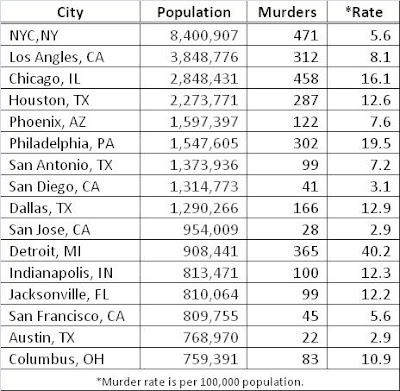 It is interesting to note that the murder rate in Afghanistan is lower than half of America's sixteen largest cities. And let's not forget the jewels in America's premier Democrat controlled American cities -Detroit, St. Louis and Washington, DC. Detroit as noted above has a murder rate of 40.2, St, Louis is just a wee bit higher at 40.3 and DC is still up there at 23.8 per 100,000.

This is not to be confused with the annual report on America's most dangerous cities published by CQ Press. That is another matter completely as it combines UCR Violent Index Crimes (Murder, Rape, Robbery and Aggravated Assault) whereas I am merely taking America's sixteen largest cities and their murder rates. But it is interesting to note that top four most violent cities in 2010 were St. Louis, MO, Detroit, MI, Camden, NJ, and Flint, MI, as per the 2009 UCR.

I am not gloating over the misfortune of thousands of slain Americans. As a former LEO that just ain't in the picture. I spent many hours with bruised, battered and bloody dead bodies processing crime scenes and there is nothing to be happy about. But there are ways to control crime if the will to do so exists. Mexico is a hopelessly corrupt third world nation, we are not. It is a shame that we have cities with these kind of crime rates.

The stats you've given are very disturbing, who'd wanna go to Mexico on holiday???

And London had 130 murders from a population of 7.5 million - a murder rate of 1.7 per 100,000. What a difference an ocean makes. Wonder what does make the difference?

My Job takes me to El Paso and to look across the Rio Grande is to look into another universe. The evil readiating across mud creek dividing the two nations is palpable.

It is with great pleasure I can find a category I can lump Liberals and Drug Runners together. Their cities are tops at the murder rates ... Is anyone out there listening?

Ray - it is getting more and more dangerous to vacation in Mexico. It truly is a shame. You have to grieve for the Mexicans who live under these conditions.

Andy - I have never been to Mexico. I have had discussions with officers who have conducted investigations in Mexico and it as bad as everyone says it is. The corruption is pervasive.

Odie - they blame the US for their problems. I say, build the wall and shoot everyone who climbs over it and deport the anchor babies and their scheming mothers.

Anon - of course you are relying on the figures supplied by the Home Office. There aren't too many people who do. Many others, including the coppers,are aware that there are problems in British crime reporting. Here in the States we may have individual agencies that try to cook the numbers, but apparently in England it has been adopted as standard procedure in many agencies.
They call it ‘cuffing’, because the reported offences magically disappear up the officer’s sleeve. On a wider scale, the deception is known as “Gaming” and there are a number of tricks that Senior Officers (who would no doubt deny their existence) employ to satisfy their police authorities and political masters. Make no mistake, this is not a few officers or even forces engaging in some kind of occasional sport. The alarming reality is that “Gaming” (as confirmed by front line officers) is endemic and widespread throughout the police forces of England and Wales.

[...]In July 2000, HM Inspector of Constabulary reported that in eleven forces which his staff had inspected, 24% reported crimes had been mis-recorded, either through genuine confusion or deliberate concealment. At the end of that year, the Labour politicians celebrated a fall in the crime recorded by police nationally of 122,344 offences. Taking it further, if HMI’s snapshot were repeated across the country, then in that same year, police forces concealed or mis-recorded 1,635,424 offences – more than 13 times the number of “alleged” fewer offences recorded. In other words, for years, the fudged police statistics have been not just slightly misleading but wholly worthless as a statement of what is really happening.

This practice of misrepresenting crime stats in the UK has been reported on for over a decade.