That was Then, This Is Now 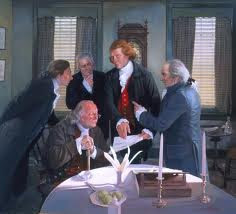 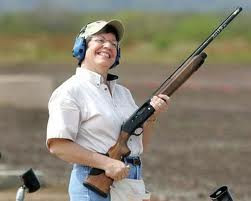 I swear, if you could paint a portrait on a turd it would resemble that preening Napolitano neoprene wand waver. If the progressives have their way, our military will be marching ala Monty Python: It is serious, deadly serious business for our fellow patriots who serve in the Armed Forces; they must bear the consequences of failed foreign policy. It isn't fun being the pointy end of the spear.
The following video was provided by my buddy Charlie. It shows some serious training for our soldiers. It is over twelve minutes long, but if you have the time it is well worth it to see how modern techniques, including Hollywood special effects, are used in military training scenarios.
Posted by sig94 at 1:01 PM

I have noticed a big change these past two years.

Nickie has a handle on this. This video would have been more realistic if there were some Obama hand picked homosexuals in it. They could have worn pink arm bands so the others would have known not to shoot them because they're kinder and gentler.

Them were the days my friend! But I'm afraid the American Dream is dead.

Trestin - and not all that change is good I'll wager.

Nickie - please don't forget the male lesbian multi-gendered hermaphrodites. They're a real touchy crowd - useless in a fight but great fun at weddings.

Mal - I a afraid so unless great changes take place that reverse a lot of teh damage.

"I swear, if you could paint a portrait on a turd it would resemble that preening Napolitano neoprene wand waver. "

The most incompetent person in any government position. By a light year. (that's 6 trillion miles.)
Hell, make it 3 light years to match our debt in US Dollars.

Every generation has had its share of twits in politics. But we seem to have more now than ever before.

WoFat - Twits? You're being far too kind.