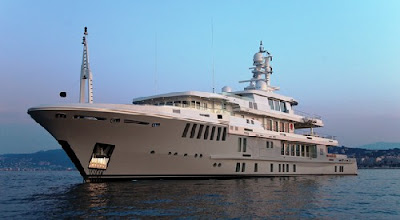 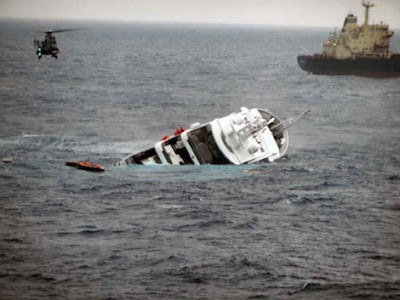 This definitely smells of insurance fraud.

Chris - We'll see what the Greeks and insurance companies dig up on this. Also, if the ship sank, can any one who can salavge it lay claim to it?

That could mean that Courbit may collect the full insured value of the craft.

Either it was a North Korean sub that got it or an Italian Carnival Cruise Line skipper!

Gene - you're reading my mind! Or my email, not sure which one...

Oops ... can't anyone keep a ship afloat over there?

Odie - they're already starting to call it the Mediterranean Triangle.

Back in the time when I first entered our sub force, there was a popular story making the rounds about a boat that had been sold to the Turks who subsequently sank the sucker when someone forgot to shut a hatch to the topside area.

Wonder it any of the surviving crew may have had a grandchild crewing this yacht?

Subvet - didja ever wonder if there is a Charlie Foxtrot gene in some people's DNA?

I'm with JihadGene on this one.

Though there is a rumor Sean Penn leased the sucker that week, so it could very well be a drain plug issue.