A contract has been awarded to United Airlines to remove Syrian President Assad from office.


WASHINGTON — The Pentagon announced Tuesday it had awarded a sole-source contract to United Airlines for work related to the forcible removal of President Bashar al-Assad from Syria.

The contract, worth $2.1 billion, tasks the airline company with locating Assad, grabbing him from his seat in the presidential palace, and “dragging him out of Damascus by his arms.” The contract also notes that Assad should be “asked several times, politely” to give up his seat of power, though if he refuses, United workers should bloody his nose up a bit, according to the posting at FedBizOpps.

[...]United will be sending one of its aircraft to Damascus sometime next week, where it will land and carry out the plan called for in the contract.

It’s not yet clear whether United employees will actually carry out the forcible removal of Assad. One source said it’s possible the company may subcontract that portion of the work requirement to the Chicago Police Department, Wells Fargo, or Comcast.

Talks are underway between the Department of Defense and United Airlines exploring the possibility to use United personnel to remove a certain troublesome North Korean passenger.


Hill Without Bill: The Parallax View 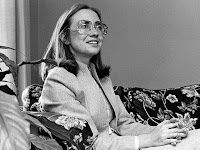 A proposed novel is in the works that will tell the world how Hillary may have prospered if she had not married Bill Clinton. This photograph shows the ex-FLOTUS in her prime.


NEW YORK (AP) — A best-selling novelist is imagining how Hillary Clinton’s life might have turned out had she never married Bill Clinton.

Random House announced Monday that Curtis Sittenfeld will tell the story from the point of view of Hillary Rodham. In real life, the former first lady did turn down Bill Clinton’s marriage proposals at first before agreeing to marry. In the novel, not yet titled, she turns down Clinton once and for all, then goes on with her life.

The most widely held prognostications state that by 1981 she would be splayed across the hood of a Buick Riviera being ravished by Rosie O'Donnell.

There isn't much left to expose that does not involve internal organs.


First came the thigh gap. That was quickly followed by the so-called 'bikini bridge' and the six pack. But the latest social media vanity is the most disturbing yet. Suddenly, being merely super slender and toned is no longer good enough. Today's attention-seeking young thing must also have a proudly protruding rib-cage.

United Airlines is in the news now, but they've been pulling that stuff for a very long time and it never reached the threshold that it is at now. Karma is running over their dogma, and it's sweet.

Definitely not your usual morning news. :)

United is a great choice.

Good morning, sig. Hope you have a blessed day!