So this Mexican criminal kills someone in Tennessee (manslaughter, not murder), does 9 months in jail, is deported and gets caught trying to enter the US again? 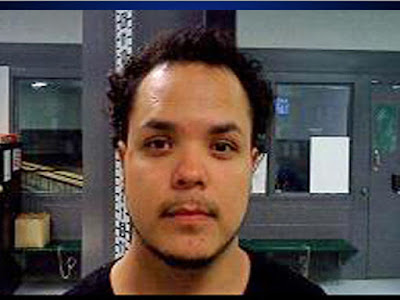 TUCSON, Ariz. — Border Patrol agents have arrested a Mexican man who had been deported from the United States last month after serving a prison term for reckless homicide in Tennessee.

Authorities learned of his previous conviction during processing.

They say a records check showed Galvan-Mora was convicted in May 2016 on a reckless homicide charge in Loudon County, Tennessee.

He was deported on Feb. 27 after serving a nine-month prison sentence.

Story here. This clown shot someone while playing Russian Roulette. Mora pulled the trigger while the gun was against the victim's head.

Sounds more like an execution to me. Isn't the guy holding the gun supposed to put the barrel against his own head?

A Loudon man was arrested on a reckless homicide charge after a deadly game of Russian Roulette. Genaro Galvan Mora, 23, was released on $10,000 bond in the death of 25-year-old Diego Armondo Cisneros Fonseca, also of Loudon.

And recently, from Middle Tennessee:
In August of 2015, Cheatham County Sheriff's Office Deputy William Zimmerlee attempted to pull over Nelson Ochoa-Puentes, 33, for a traffic-related stop near Highway 49 in Cheatham County, according to the Tennessee Bureau of Investigation.

The TBI said Ochoa-Puentes failed to stop and led Zimmerlee on a car chase into Dickson County where he eventually stopped the vehicle on Bloom Landing Road. Ochoa-Puentes, according to the TBI, reportedly got out of the car and pulled out a gun and pointed it at Zimmerlee. The deputy fired at least one shot at Ochoa-Puentes, striking him in the hand.

The original charge was attempted first degree murder. However, Public Defender Jake Lockert made a successful motion to amend the charge to attempted second-degree murder. The Jury came back Monday night with a guilty verdict for the lesser charge.

He was deported in 2010. Nearly murdered a police officer in Tennessee in 2015.

The good news on Mr. Galvan-Mora is that he was caught in time, this time. Perhaps a sojourn in a maximum security Federal facility is in order, followed by deportation that drops him just inside of Guatemala, with no identification. That should keep him busy...

Build the wall. Enforce the laws on the books. If deported illegal alien criminals return to the US they need to be imprisoned AT HARD LABOR. No laying around in the cell punking and being punked, watching TV in the day room and working out. Hard labor has to be the way it is. The progs will call it slave labor. But there must be a price to pay that they don't want to pay.

Old South - welcome aboard. The lofo's need to be made aware of the complete lack of empathy that so many illegals have for someone else's life. Of course not all illegals are like this, but far too many are murderous individuals who do not hesitate in taking a a life.

LL - how many times have we heard criminals boast that they can do ten years standing on their heads in an American prison? Russian mafia laugh at American jails.

No one laughs about Turkish prisons. We need to re-evaluate our penal system because few, if any, are rehabilitated. We need to make criminals fear to go to prison. And mostly for violent crimes. Everyone else must make restitution or go to a work farm to pay off their debt.

What LL said. Our jails have to be like 3 star hotels to the mexicans.