Obama's Grotesque Descent Into Self Adulation

Obama's crass nature and self love is erupting through the thin skin of civility and amicability that the media has created for him. The old adage of "Pride Goeth Before A Fall" obviously means nothing to him. 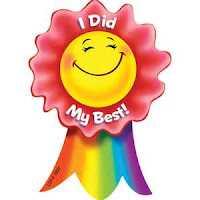 President Obama has another ironic award for his trophy shelf, to accompany his Nobel Peace Prize and all those participation trophies he got at Punahou for his basketball skills. His appointee and subordinate Ash Carter yesterday pinned a military medal – the Department of Defense Medal for Distinguished Public Service – on his boss, as Warner Todd Huston reported for Breitbart.

The next two weeks will be filled with his childish tantrums at being forced to abdicate the Presidential throne because of that old, mean Constitution.

You'll see him on NBC/MSNBC a lot, criticizing President Trump, giving frivolous advice, being a general pain in the ass. It's what he does. He will be testing the water for Obama 2020 as he prepares his return to the White House, and Michelle's return to 'hope' in a house built by slaves.