My wife loves to do her grocery shopping at the Wegman's store in Fairmont. She has shopped there for over 35 years. I used to made jokes about her frequent visits to her boyfriend in the produce section. Yup, three or four times a week.

It is one of the cleanest, well stocked grocery stores in the nation. The staff are courteous, helpful and friendly. Since Costco moved in it also stocks large quantity items like cereal, paper products, etc. And it's prices are pretty good. In fact, it has been listed as the best grocery store in America. And with a rep like that you don't want to mess with loyal customers.

It also stocks Trump wine which pissed off the moonbats who of course called for a boycott.
It didn't work with Wegman's customers, not one bit.


A boycott of Trump Winery products sold at Wegmans stores in Virginia appeared to backfire after the wine sold out at stores in the area.

The grocer said that nine of its Virginia stores sold out of the wine despite efforts to boycott the product and Wegmans stores that sold it, the Democrat and Chronicle reported. 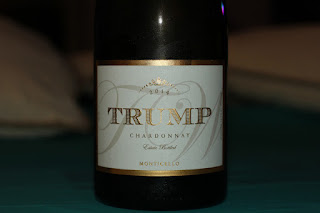 [..]But the boycott has made some shoppers want to go out and buy more Trump Wine products.

“This makes me want to dig in my heels, stand firm and buy Trump wine,” one shopper told USA Today.

As a result of the boycott, all Wegmans stores in Virginia except one sold out of Trump Wine products.

Ivanka Trump’s line of women’s fragrances soared to the number one spot on Amazon’s best-seller’s list after retailers chose to stop selling products on their websites or at their brick-and-mortar locations, Breitbart News reported.

Trump should issue a boycott signup list for all his businesses.
Posted by sig94 at 7:30 PM

All these calls to boycott people or products are disgusting.

DUTA - it's the liberals' knee-jerk reaction o anything they don't like. "Live and let live" simply isn't in their lexicon.

I've never shopped at Wegmans. Looks as if I should begin shopping there -- even though I'm not allowed to drink anything alcoholic right now because of the medications I take.

And I just might try Ivanka Trump's fragrance, too.

I Like that last line. Well, there is your bona-fide approval rating.

Always - try it, you'll like it. Thing is, their stores are huge and it takes a while to figure out where everything is. Plus they like to stock their own brands... but their brands are a little cheaper and just as good. Their bakeries are excellent as well as their store-cooked take out meals. However the Chinese take out ... ehhhhh not so great. We tried it a few times and we like a nice Chinese restaurant better.

Kid - the proof is in the pudding. Or in this case, In Vino Veritas.