UK families are facing a nightmare future of recycling confusion. In a regime set to spread across the country, residents are being forced to juggle an astonishing nine separate bins. There has already been a storm of protest with warnings that the scheme is too complex and homes simply don't have the space to deal with the myriad bins, bags and boxes.

The containers include a silver slopbucket for food waste, which is then tipped in to a larger, green outdoor food bin, a pink bag for plastic bottles, a green bag for cardboard, and a white bag for clothing and textiles.

Paper and magazines go in blue bags, garden waste in a wheelie bin with a brown lid, while glass, foil, tins and empty aerosols should go in a blue box, with a grey wheelie bin for non-recyclable waste.

The strict regulations have been introduced as councils come under growing pressure to cut the amount of household rubbish they send to landfill.
However, they go far beyond anything previously expected from householders and families.

Retired teacher Sylvia Butler is already being forced to follow the new rules.
She said: 'I'm all for recycling and used to help educate the kids about it during my geography classes but expecting us to cope with nine different bins and bags is asking too much.'

Pressure on councils to enforce recycling schemes includes rising taxes on everything they send to landfill and the threat of European Union fines if they fail to hit EU targets from 2013 onwards.

Compulsory recycling is commonly enforced by bin police who can impose £100 on-the-spot fines for breaches like overfilled wheelie bins, extra rubbish left out, or bins put out at the wrong time.

How dare these filthy Jews try to justify their nation?

United States administration officials have voiced harsh criticism over advertisements in favor of Israel's position on Jerusalem that appeared in the U.S. press with Prime Minister Benjamin Netanyahu's encouragement. The authors of the most recent such advertisements were president of the World Jewish Congress Ronald Lauder and Nobel Peace Prize laureate Elie Wiesel. "All these advertisements are not a wise move," one senior American official told Haaretz.

In the advertisement, Wiesel said that for him as a Jew, "Jerusalem is above politics," and that "it is mentioned more than 600 times in Scripture - and not a single time in the Koran." Wiesel called to postpone discussion on Jerusalem until a later date, when there is an atmosphere of security allowing Israeli and Palestinian communities to find ways to live in peace.

The ongoing confrontation with the U.S. administration over construction in East Jerusalem was present in many of the comments made by senior Israeli officials during Independence Day. Netanyahu himself said in an interview to ABC that freezing construction in the east of the city was an impossible demand, and refused to answer questions on the Israeli response to demands from Washington. Instead, he called on Palestinian Authority chairman Mahmoud Abbas to return to the negotiating table without preconditions.

Foreign Minister Lieberman, meanwhile, made Jerusalem the focal point of his speech in a festive reception for the diplomatic corps at the President's Residence in Jerusalem. President Shimon Peres spoke first, calling for progress in the diplomatic process. Lieberman, who took the podium immediately after Peres, made diametrically opposed statements in his speech, stressing that the Palestinian Authority is no partner for peace.

"Jerusalem is our eternal capital and will not be divided," Lieberman said. Many of the ambassadors in the audience left feeling stunned and confused, some of them told Haaretz. "The gap between Peres and Lieberman is inconceivable," one of them said. "We couldn't comprehend how Lieberman can say all that in front of all the international community delegates."

Speaking at the torch-lighting ceremony on Mount Herzl on Monday, Knesset speaker Reuven Rivlin said that there was "an attack on Jerusalem" and that Israel "will not apologize for the building of Jerusalem, our capital."

The diplomatic freeze and crisis with the Americans fueled a heated meeting of Labor Party ministers on Sunday. Minister Benjamin Ben-Eliezer, Isaac Herzog and Avishay Braverman told Defense Minister and party chairman Ehud Barak that unless there was some movement on the diplomatic front within weeks, the Labor Party should consider leaving the government or working to bring in Kadima.

Senior Labor officials, who declined to be named, said this was the first time the diplomatic freeze was being discussed between Labor ministers. "They main message coming from this discussion is that things can't go on like this," one senior Labor official told Haaretz. "The Labor ministers told Barak that we will be approaching a moment of political decision within weeks."

Barak tried to calm the ministers, saying he was concerned by the state of Israeli-American relations and will travel to Washington next week for talks on the peace process. Barak appears to be set to meet with Secretary of State Hillary Clinton, special U.S. envoy George Mitchell and national security advisor General Jim Jones.
Posted by Anonymous at 11:55 PM 10 comments:

MARCH TO THE MAILBOX!! 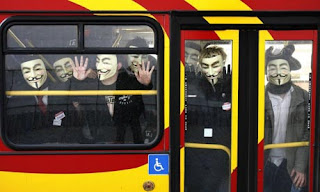 Or take Public Transit! Just do it!

This is the last day to mail your census form!

Without it, our masters won't know how to redistribute over $400 billion in revenue from one to another.

They won't know how to gerrymander, which race to bait, which ethnic group to flatter or ignore, which pork trough to fill, which interest group or union to buy outright. In other words, who gets screwed and who gets bought is up to you. The White House wants to know!

A census in and of itself is harmless and useful. In the hands of this bunch of corrupt morons it's a dangerous thing.

And if you think I'm joking about marching to your mailbox, VISIT THE WEBSITE!
Posted by Rhod at 5:35 PM 5 comments:

Going For The Gold? 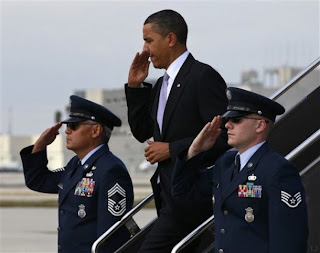 It's not as easy as it looks....at least for the buffoon in the suit.