I was stunned to discover that they grew wings. Perhaps it was migrating?

New Zealand is really an incredible place. Even more so now that they discovered winged wee-wees.

One of our daughters and her husband went there for their honeymoon in 2014 and absolutely loved it. They bought us a hand carved Maori warrior figurine who now resides in our curio cabinet; my wife's Hummels didn't know what to make of him.  We had to separate them. 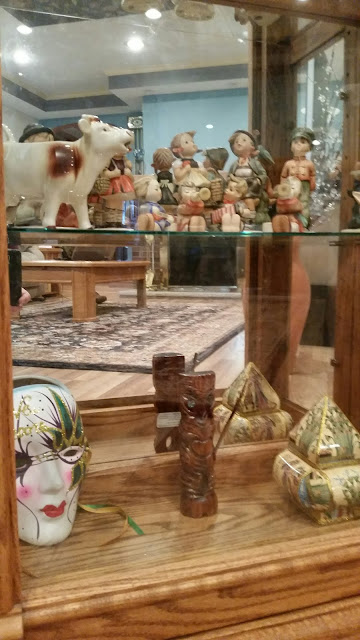 In 1991 fiscal mismanagement, poor planning and corruption brought down the Soviet Union. Can the same thing happen again to Putin's Russia?

Only one month in and 2016 has already delivered a series of devastating economic blows to Russia. As the price of oil and the value of the ruble plummet, so, too, does the standard of living of the average Russian citizen. Russia’s central bank has been widely praised for not spending the country’s hard-currency reserves to support the ruble — an admittedly losing proposition — yet it has done so on the backs of the Russian people.

The public has responded stoically and largely without panic, even as they see their middle-class aspirations crash. But a whiff of desperation can now be sensed, and it is the Kremlin that appears the most perplexed about what the next steps it should take.

President Vladimir Putin has gone so far as to blame Soviet Union founder Vladimir Lenin for Russia’s current difficulties. Historical scapegoats, however, do not relieve Putin and his government of responsibility for Russia’s financial mess. As the economic temperature rises, Moscow will likely find itself under increased pressure to re-examine both its domestic policies and its foreign adventures.

I am wondering how long Putin can maintain his expensive military operations in Ukraine and Syria while his economy is tanking. Sure, you can deflect criticism by waving something shiny in front of the public, but only for so long before the bills are due and your checks start bouncing. Threatening Eastern Europe
Posted by sig94 at 8:13 AM 2 comments: 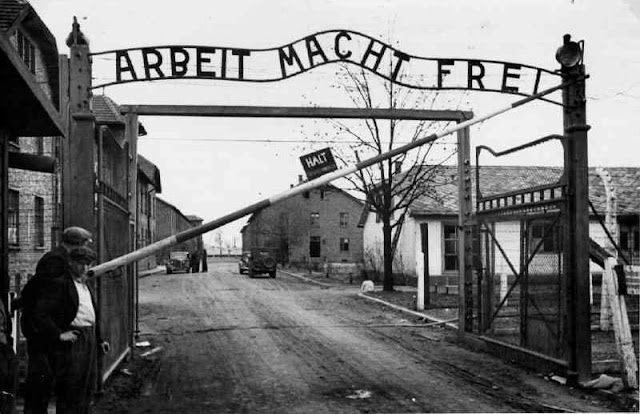 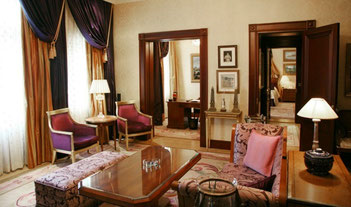 Never mind how Satan's deadbolt locks are holding up, the hinges on the Gates of Hell just fell off.

The NY Post shows us a glimpse into Hell's trailer park.


This married couple are both looking for the same thing — Mr. Right.

Three years ago, Claire Atkins was stunned when her husband of six years, beefy bodybuilder Marcus Atkins, told her he wanted to be a woman. 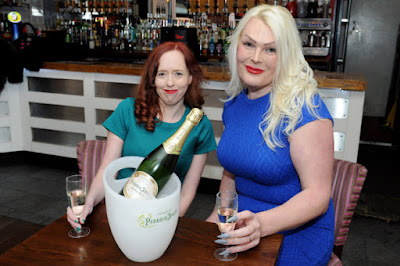 The perfect opportunity for a ménage à wah?

She stood by her man as he sold off his motorcycle to pay for his new 36E breasts, changed his name to Celeste, and this past December, completed the transformation with gender reassignment surgery.

Now Celeste has a new role in Claire’s life — as her wingwoman as they both prowl the English countryside for the man of their dreams.

So here's Claire and Celeste. One is a size four and the other is a fork lift.

Ya gotta laugh, this bruiser is the new bouncer at Victoria's Secret and the wife looks like she just had a vodka IV drip installed. Where do they find these people and what are they doing on the interwet tubes?
Posted by sig94 at 9:30 PM 7 comments:

Chicago Starts The Year With A Bang

CHICAGO — The nation's third largest city recorded 51 homicides in January, the highest toll for the month since at least 2000.

Gang conflicts and retaliatory violence drove the "unacceptable" increase in homicides, the police department said in a statement. But the rise in violence also notably comes as the Chicago Police Department faces increased scrutiny following the court-ordered release of a police video showing a white police officer fatally shooting a black teenager 16 times, and as the department implements changes in how it monitors street stops by officers.

In another NY Post hand grenade lobbed at the Clinton campaign, the former Inspector General of the US State Department (DoS) maintains that Hilary Clinton is lying out her ass - again. Howard Krongard sets out the argument that Clinton deliberately skirted (pants suited?) the law when she set up her private email server.

“This was all planned in advance” to skirt rules governing federal records management, said Howard J. Krongard, who served as the agency’s inspector general from 2005 to 2008.

The Harvard-educated lawyer points out that, from Day One, Clinton was never assigned and never used a state.gov e-mail address like previous secretaries.

“That’s a change in the standard. It tells me that this was premeditated. And this eliminates claims by the State Department that they were unaware of her private e-mail server until later,” Krongard said in an exclusive interview. “How else was she supposed to do business without e-mail?”

Krongard further stated that Clinton purposefully obstructed the appointment of another IG for the DoS in order to avoid the discovery of her illegal server - and Lord knows what else.


He also points to the unusual absence of a permanent inspector general during Clinton’s entire 2009-2013 term at the department. He said the 5¹/₂-year vacancy was unprecedented.

“This is a major gap. In fact, it’s without precedent,” he said. “It’s the longest period any department has gone without an IG.”

“It’s clear she did not want to be subject to internal investigations,” Krongard said. An e-mail audit would have easily uncovered the secret information flowing from classified government networks to the private unprotected system she set up in her New York home.

This hag is poison. She has the Clinton Touch - she corrupts everything she gets her paws on. The last public execution in America occurred in 1936. We really need to bring them back under the Clinton Public Execution Renewal Act of 2016. Let the crows pick her bones clean.

Hopefully former IG Krongard as taken precautions to protect himself and his family. At a minimum he should triple his life insurance policy.

And to just stir the pot a bit more - has anyone asked Kerry how long it took to him to get his official DoS secure email account set up?
Posted by sig94 at 8:44 AM 4 comments: