Is It Getting Real?

Back in the 60's there was a comedic movie starring Ernie Kovacs, "Wake Me When It's Over."

I pretty much feel that way now.

From the NY Slimes:

The actions signaled publicly for the first time the Kremlin’s readiness to intervene militarily in Ukraine, and it served as a blunt response to President Obama, who just hours earlier pointedly warned Russia to respect Ukraine’s sovereignty.

Within hours after receiving Mr. Putin’s request, Russia’s upper house of parliament, the Federation Council, voted to approve it, after a debate that warned of the apocalyptic consequences of failing to stop a fascist threat from spreading to Russia’s borders. The lawmakers direct considerable fury at President Obama and others in the West they accused of fomenting the upheaval in Ukraine.

And to stir the pot even more, the Rooskies want to recall their ambassador to the US.

Valentina Matviyenko, the head of the Federation Council, asked the Council's Committee on Foreign Affairs to draw up a proposal setting out the demands to Putin.

I think every country should have a community organizer as their leader and a drunken lesbian as Secretary of State.

Into The Valley Of Death ... Again?

It seems like an obscure treaty signed in 1994 by Bill Clinton could land us side by side with the Brits in the Crimea defending the Ukraine from the Rooskies. Tennyson is not pleased...

The new Ukrainian government said Friday it had been invaded by Russia and appealed for the United States and United Kingdom to protect it, as guaranteed under a 1994 agreement.

The move came after a series of armed takeovers and provocations in the Crimea region that began on Thursday with the seizure of the regional parliament building and continued on Friday:

In Canada, Prime Minister Stephen Harper pledged Canada’s unwavering support for Ukraine’s territorial integrity in the face of “worrying” developments in the former Soviet state, even as Foreign Minister John Baird met with the new leadership in Kiev.

“Any violation of Ukraine’s sovereignty and territorial integrity would be deeply destabilizing,” he said in a brief appearance. “The United States will stand with the international community in affirming that there will be costs for any military intervention in Ukraine.” 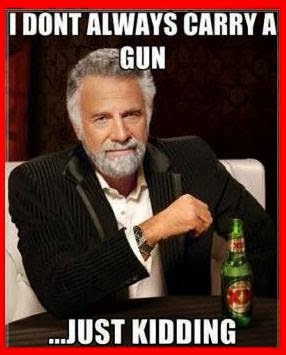 These guys need to get bounced --- hard. They should lose everything.


NEW YORK (Reuters) - A second wave of retired New York firefighters and police was arrested on Tuesday on disability fraud charges tied to a September 11 pension fraud, said a source involved in the investigation.

A massive ongoing investigation by Manhattan District Attorney Cyrus Vance's office had, in January, led to disability fraud charges against 106 suspects - 80 of them retired New York cops and firefighters - with some accused of falsely claiming to have been traumatized by the September 11, 2001 attacks on the city.

This is truly despicable. There must be a resounding penalty to this to discourage others from defrauding the public trust.

Obama Stabbing Vets In The Back

In Los Angeles the Veterans Administration has destroyed countless requests for assistance in order to reduce its backlog. Lord only knows how many vets suffered physical harm because of this.

“The committee was called System Redesign and the purpose of the meeting was to figure out ways to correct the department’s efficiency. And one of the issues at the time was the backlog,” Oliver Mitchell, a Marine veteran and former patient services assistant in the VA Greater Los Angeles Medical Center...

Of course illegals are pouring across the border in order to obtain free healthcare while our vets are left twisting in the wind.