I wonder if they're considering Cap & Trade

It is the world's biggest dam which promised to provide environmentally friendly energy to millions.

But China's Three Gorges superstructure is now under threat from vast floating islands of rubbish and debris which have been swept into the Yangtze River by torrential rain and flooding.

The debris has clogged a large swathe of the river and the locks of the hydroelectric dam - which cost $25billion to build and claimed more than 100 lives - are now at risk.

The crust of rubbish is jammed so thick in places that people can stand on it.

Men marrying men? Dogs screwing cats? What the hell's going on around here?

In 2000, I voted against Proposition 22, which limited marriage to heterosexual couples. I was on the losing side against 61 percent of California voters.

In 2008, I did not vote yes or no on Prop. 8. I am not proud of that non-vote, but as I wrote, I punted, because "I couldn't vote against gay couples, but I also couldn't vote to create a new class of pariahs. The gay community's failure to show tolerance is costing it friends"

Here are three things that moved my thinking on the issue.

1. Gavin Newsom's decision to open up City Hall to same-sex marriages in 2004 showed a disrespect for the process that appalled me. As Sen. Dianne Feinstein put it, were "too much, too fast, too soon." And it was really irritating to see the decision rewarded.

Maybe she should have just called in sick.

An untenured Brooklyn high-school teacher catapulted herself down a school stairwell in a wacky attempt to avoid a classroom observation by her supervisor, a probe obtained by The Post shows.

Staffers at the HS for Innovation in Advertising and Media told investigators that first-year teacher Ilene Feldman was so petrified about a scheduled classroom observation -- coming in the wake of a poor performance review -- that she staged a clumsy pratfall in a stairwell rather than risk getting a second negative rating.

Untenured teachers can be canned out of hand if they are rated unsatisfactory after any of their first three years on the job.

Administrators at the Canarsie school -- suspicious of Feldman's injury because it coincided with a classroom-observation meeting -- handed security-camera footage to school investigators after concluding that Feldman purposely fell down the stairs.

On the same day that a federal judge in S.F. said it was "unconstitutional" to define marriage as one man-one woman ...

We learn that these fellas have faced the long arm of Sudanese law. The headline from Gateway Pundit describes it thusly: "Muslim Crossdressers Flogged in Sudan." Stop chuckling at these gentlemen. It appears that the Sudanese authorities did not take too kindly to their dancing "in a womanly fashion."
Full post is HERE.
At least there was some one to speak on their behalf ... no, actually there wasn't. One lawyer said anonymously that they didn't get a fair trial.
The Sudanese media called it a "same sex wedding," and the South Sudan President Kiir said that homosexuality was "imported."
Was Kiir implying that homosexuality was sent (do you mail it ... or perhaps send it over the internets?) to the Sudan from San Francisco, where a gay judge ruled Wednesday that it violates the American constitution for a state to define marriage the way that all of the framers understood marriage?
I imagine that the leftist cowards who are bent on promoting "gay rights" by attacking American institutions such as the family and the military will get right on defending the "womanly" dancers in the Middle East.
On further reflection, actually we can be quite certain that leftists will continue their attempts to destroy our culture while defending the rights of cave men like those in the Sudan to keep right on defending theirs.
Posted by Anonymous at 12:13 AM 11 comments:

A huge deep-water natural gas find off the coast of Israel promises to be a boon to the Jewish state's economy as well as a stimulus to other developers searching for offshore oil and natural gas in the Mediterranean.

Noble Energy, a New York Stock Exchange-listed company, has discovered an estimated more than 3 trillion cubic feet of natural gas in three high-quality reservoirs drilled in the company's Tamar No. 1 well in the Mediterranean Sea, about 56 miles off the Israeli northern port of Haifa.

Noble Energy drilled the Tamar No. 1 well to a depth of about three miles, beneath 5,500 feet of water.

The find is significant for those who believe the Bible indicates Israel is sitting on a massive oil reserve that would reshape the geopolitical structure of the Middle East. 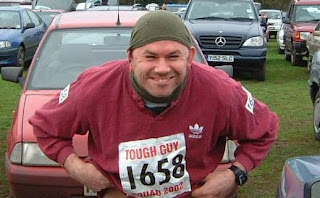 GNN - Likely Democrat Congressional Page Arrested In Mexico With 18 Monkeys Around His Waist.
Posted by Rhod at 6:18 PM 8 comments:

Yes, I like August, for a lot of reasons.

But I am a dog person.

The football season is almost here in August. Labor Day is a month away. Opening kickoff at the home opener in Austin, and all is well in the world.

Yes, it's hot here in Texas in August, like ... well, it's been for centuries, no, millenia. If not for the invention of the air conditioner, no humans would live on the Gulf Coast.

For that matter, no one would live in Dallas, either. They tell themselves that it's "drier" and not "so dreadfully hot" like it is in Houston. Good grief, they make me laugh. DFW is a Hellhole; let no one persuade you otherwise. But the Emperor has no clothes there, you see (apparently, he is sweating his butt off, too). So, they build a baseball stadium with no roof -- they want to be different than big brother H-Town, you know -- and the Texas Rangers pitching staff fades ... every August. Yesterday, August 1, even Cliff Lee lost.

My old man, the man who taught me to love America, was born in August. He loved summertime, too.

We used to hit the football field for our first practices in August. I remember taking the field on the first day of practice in full pads when it was 106 degrees. We could do this because, before the X-Box generation, we actually spent a lot of time outdoors in the summer ... yes, even in August.

Rather than ignoring and avoiding the heat in our lives, we used to (and some of us still do) venture into it ... and survive.

It's the deepest, hottest part of summer and things seem (and maybe they are) quiet, still, almost afraid to move and thus begin sweating endlessly. It's God's way of requiring us to slow it down ... to avoid vaporizing or melting, I guess.
Still, the autumn is coming. And without the heat, we would be unable to appreciate a fall day.

The apex of the summer heat reminds me of the coming cool of the autumn ... sometime late in October around here. The long, hot summer at its hottest reminds us that nothing here in the temporal realm -- good or bad, cold or hot -- lasts forever.

In August, while the world seems to be taking it easy and the 24/7 media scrambles to feign relevance during the slowest of news months, the Haves and Have-Nots are separating themselves in MLB.

When the heat bears down, we find out what we are made of, it seems.

Congress goes home in August, too. Yet, the world keeps right on turning. And then (especially in even-numbered years) the Congress starts to seemingly care about the voters. I love that.

August reminds us of some good things that stay the same as life slows down.

And it also reminds us that autumn ... and a pleasant change ... is on the way.

Here's the first hint that Government Motors' new VOLT is gonna be a real pile of manure!

This is just the kind of promotion the Soviets would offer when announcing the New and Improved 1978 Lada.