First there was November 2nd. Then the Donks agreed to extend the Bush tax cuts, with an age-old conservative rationale to justify their lefty intemperance. Next the lard-bucket Obam-nibus spending bill ($58 B in earmarks for Donks, $1 B in earmarks for Repubs) was flagged by the effort of the bug-eyed and generally unreliable Mitch McConnell. 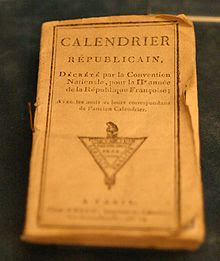 Meanwhile, ObamaCare is under Constitutional scrutiny, and Republicans seem serious about either de-funding or repealing that evil, statist Prog atrocity. We’ll see, but all this is enough to persuade me that this is our American Thermidor, and while the outcome is unpredictable, the signposts are pointing in our direction.

The hell you say? What’s Thermidor? Thermidor entered our political language by way of the ridiculously complex affairs of the French Revolution. It designates a stage in a revolution when the radicals over-reach and face abrupt rejection by the people for their tyrannies. Thermidor begins convalescence and renewal for a society abused and fractured by amoral revolutionary cranks. Managed well, it can undo a lot of damage. Managed poorly, like in France and Russia, you wind up with a Stalin or a Napolean, both of whom were the worst kinds of reactionaries.

In 1794 France, Robespierre, and a few other Jacobins, were unwittingly responsible for the Thermadorian notation, by provoking their own executions on a date derived from the weird Revolutionary Calendar imposed by revolutionaries in 1792. 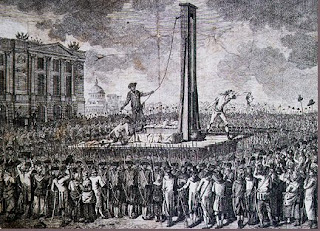 The date of the executions was 9 Thermidor II - the 9th day of the 11th month (Thermidor) of the second year (II) of the new French Republic (July 27, 1794, Gregorian time). Thus ending the Reign of Terror, it was later called by French historians, the Thermidorian Reaction. Here the tale gets more complicated than I need to explain, but this sums it up:

Events in France from 1793 into 1794 spun out of control, as they always do when radical egalitarians, statist freaks, mad reformers, populist maniacs and raving materialists migrate or bolt from their madhouses, faculty lounges or courtrooms to the plush seats of government. Predictably, they produced a landscape of hysterical accusation, summary execution, murder, property confiscation, civil and local war, bankruptcy, regicide, plunder and paranoia - something akin to the actual careers and private dream lists of Harry Reid and Nancy Pelosi.

The French people were sick of it. Close to open revolt against the revolutionaries, they scared the hell out of the corrupt French legislatures (Convention) and the Committee on Public Safety. So Robespierre and his cohorts had to go as a gesture or reform and repentance. 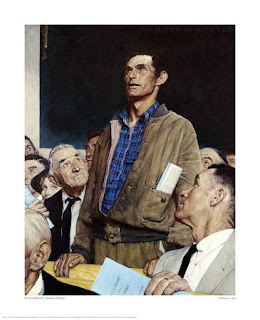 They were all condemned, not because their enablers and co-conspirators had pellucid revelations about their iniquity (think RINO’s and herding Democrats) but because they were scared witless at that mighty beast, an angry citizenry. Our rulers are frightened, as they should be. For now it's loss of power they fear. If it gets worse they need to be admonished with this rule: If the ballot no longer protects our liberty, there’s always rope.

And I am dead serious. The ethos may change, but the potentials and the people don't. They need our confidence in their obedience, not the other way round.
Posted by Rhod at 12:44 PM 18 comments:

Let's all get smart and use government mass transit and government heath care.

Environmentalists, Marxist-Progressives, government agencies, and an army of nosey nanny do-gooders continue to be puzzled by Americans' reluctance to depend on subsidized public transit.
Take a look at this video and imagine your medical waiting room in ten years.
Posted by Anonymous at 5:55 PM 10 comments:

The year was 1968. I was 20 years old and living in a bedsitter in Belsize Park, London. My life was a heady combination of beer, politics, fish & chips and what I considered to be the cutest girls on the planet. There were the Carnaby Street Lulu-wannabees and the leggy Jean Shrimpton-style birds, but Goomba had different tastes. And in a culture dominated by music, clothes, Mods and Rockers, nobody captured my attention and haunted my fantasies more than Cilla Black.
I finally met her at a 1980 Christmas party in Cornwall. I barely kept my composure, and I'm convinced that my intense staring and my braying laugh at her every comment was the cause of her inching, crablike, back into the mass of revelers. My love for her has not waned. Thirty years on, I again wish her a grinning and awkward Happy Christmas.
.
.
Here's Cilla and that ridiculous crapnozzle (thanks again, Rhod),
Burt Bacharach, recording at Abby Road.
,
,
,
Posted by Anonymous at 2:25 PM 31 comments: