Continue your tour of the future HERE
Posted by Anonymous at 6:48 PM 11 comments: 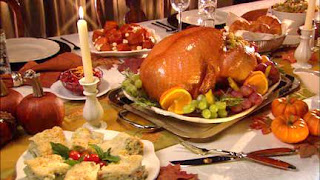 No, it's not really about the food. It's about He who provides our food and sustains our very lives.
Being thankful brings us back to center.
Being thankful takes the focus off ourselves and allows us to gain a more healthy perspective.
No matter what is going on with your life, you can always be thankful.

So may you all have a very, very happy Thanksgiving with your friends and loved ones.
Posted by sig94 at 5:47 PM 8 comments: 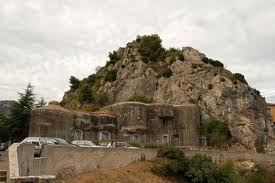 The Maginot Line was conceived by Marshal Petain and the French Minister of War, Andre Maginot, to prevent le Boche from again tearing up the French countryside ala WWI style. Built at enormous expense (over 3 billion francs), the Maginot line was not a continuous fortification but a series of strong points. Quite a marvelous piece of engineering that had all the modern amenities and housed 15 divisions. Quite an  imposing barrier.


In parts, especially in the south from Basle to Haguenau, it was nothing more than a series of outposts as the steep geography of the region and the River Rhine provided its own defence between France and Germany. The Line comprised of over 500 separate buildings but was dominated by large forts (known as ‘ouvrages’) which were built about nine miles from each other. Each ouvrage housed 1000 soldiers with artillery. Between each ouvrage were smaller forts which housed between 200 to 500 men depending on their size.

There were 50 ouvrages in total along the German border. Each one had the necessary fire power to cover the two nearest ouvrages to the north and south. They were protected by reinforced steel that was inches deep and capable of taking a direct hit from most known artillery fire. 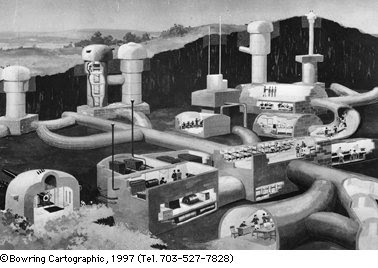 There are 142 ouvrages, 352 casemates, 78 shelters, 17 observatories and around 5,000 blockhouses in the entire Maginot Line. Pictured above is an ouvage, or fortress.

In any event, the Germans decided not to smash through the Maginot. Instead they positioned a decoy force nearby to keep the focus of the French Army away from their true intent and sent one million men and 1,500 tanks rumbling through Belgium, Luxembourg and the Netherlands. Hang a left at the Ardennes, and voilà! - tear up the French countryside ala WWI ... again.

In this manner the Germans left the Maginot Line almost completely intact and useless.

Well not completely useless, it is a fine tourist attraction now - a bed and bunker, so to speak, that stretches for 930 miles.

Gene Schwimmer at the American Thinker has proposed that the Iranian nuclear processing facilities, buried deep underground, has the same type of vulnerability. Instead of destroying the facilities, Israel simply has to destroy the entrances. Everytime the Iranis attempt to dig them out, just blast them shut again. Much depends on Israel's ability to establish air superiority over Iran.

Much is made of Iran's deeply buried nuclear sites. But those sites are useless if the Iranians can't get to them. Therefore, it may not be necessary to destroy the sites, but merely to seal the entrances. With luck, the IAF might even trap some essential personnel (and Ahmadinejad?) inside. Ideally, the IAF would do enough damage to render the underground facilities inaccessible for a considerable time. But again, with the IAF controlling the airspace, Israel could allow the Iranians to spend considerable time, effort, and money clearing the entrances and then seal them again -- and again, and again, as often as Iran tries to unseal them. Most likely, the Iranians, knowing this, would not even bother, but in any case, preventing access to Iran's nuclear production sites would be much easier than destroying the sites themselves, while achieving the same practical effect..

But the important point to take from this is the obvious fact that the deeper Iran buries her sites, the harder it will be to restore access to them if Israel seals the entrances.

By burying her nuclear facilities so deeply below the ground to shield them from attack, could Iran, ironically, have succeeded only in creating an Iranian Maginot Line?

I think I prefer to call it the "Ayatollah's Hole." Or maybe the "Shiite Slot Machine." Just the right size for a nuclear nickel. 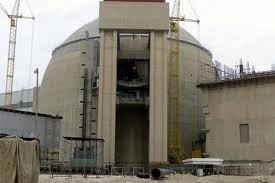 From The People Who Really Know How To Occupy 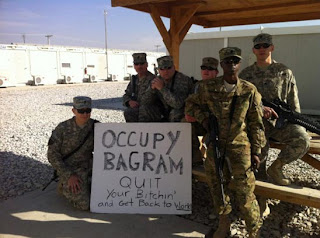 Two Occupy Portland goons were arrested after they choked and beat the camp drummer with a hammer.

Portland police say they have charged a man with assaulting another man with a hammer at the Occupy Maine encampment in Lincoln Park.

Police charged Chris Schisler who said recently he has been staying at the camp for several weeks, with assaulting another member of the camp at about 7 a.m.

The victim of the assault was taken to a local hospital with a head injury, police said.

Demonstrators said that the victim of the assault was banging on a drum to wake protesters to participate in a morning cleanup exercise, raking leaves so the city could collect them. The morning cleanup had been decided at the previous night’s general assembly, though many people at the camp were not there.

When the man started drumming to wake the camp, Schisler allegedly told him to stop and when he didn’t, smashed the drum head with the hammer, protesters said. In the ensuing confrontation, Schisler hit the man – a protester who has been active in park governance and maintenance – in the head…