Tomorrow is a big day 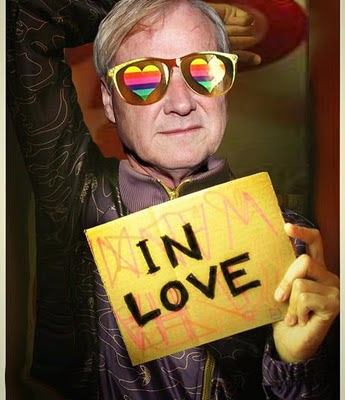 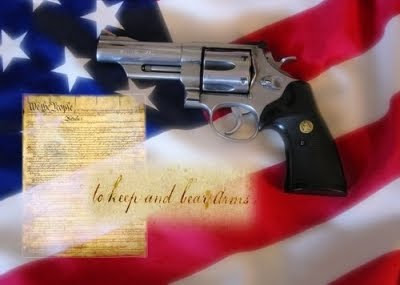 The rights afforded to law biding Americans under the 2nd Amendment have been under attack for decades; more so as our nation augers itself into lawlessness and liberals demand that we submit to the ever growing demands of a government that refuses even to safeguard our borders.
The right to self defense and the defense of your loved ones is the most basic human right there is. Every society that has ever existed has been established for this purpose - collective survival. Whenever men gathered together for the purpose of growing crops, raising cattle or fishing the seas it was based on the premise that together they can provide for their families and protect them more effectively and efficiently. Indeed, there is strength in numbers.
And when the numbers aren't there - firearms are, at least for now.

In the following video clip Ted Nugent draws a tight site picture on the subject of the continuing assault on our Second Amendment rights and lets fly right down the middle.

I had a conversation this week with a prosecutor who has just about had his fill of the heartache and depravity that overflows his desk. We both agree on this, our current laws are based on a culture that no longer exists.

Gone are the days of self reliance, hard work, honor and honesty that formed the backbone of American society; when men and women were expected to conform to a standard of conduct that no longer has any meaning to so many young people.

History screams out a message that is ignored by our politicians, elites and the welfare classes; it is this:
Those who refuse to rule themselves will be ruled by others.

No nation can exist without order. Having rejected God's injunction to conduct ourselves according to His laws, we will have other, more draconian measures imposed on us. This will be the death of freedom in America, for as our corporate desire to regulate ourselves diminishes and the ability to protect and maintain ourselves is likewise weakened, the demands on government to do this will increase. As Americans become more reliant on government, government becomes more intrusive. Witness the incredible debacle of the TSA, where unconstitutional searches are perpetrated without probable cause. These same searches would never stand in a court of law if conducted by a police officer during a criminal investigation.
I believe this is a purposeful strategy on behalf of socialists, communists - whatever label you want to use - to defeat America without firing a shot and reduce us to a nation of slaves. As we become inured to these violations of our rights, what other government excesses are in store?
Without a free and strong America there is no hope for individual freedom in the world. And this includes the freedom to worship according to the dictates of your conscience. A prime example of this is the specific liberal targeting of one faith - Christianity - and yet ignoring the fiendish excesses of another - Islam.
Draw your own conclusions as to the the source of this attack, but I believe with all my heart it is Satanic. The ultimate objective is to prepare the way for billions to accept (whether they like it or not) an impostor - the Anti-Christ.
UPDATE: For the uninitiated, a sight picture is the view you get peering down the sights of a firearm.
Posted by sig94 at 10:00 AM 14 comments: 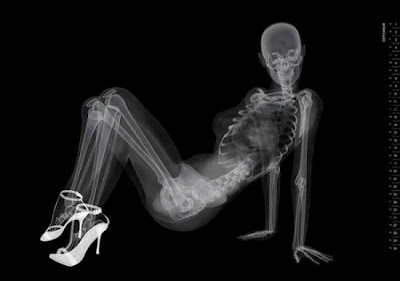 You want more don't ya? See the other eleven months!

Well, this song (with rare footage of Goomba dancing about 3:15 in) kinda sums up part of it.

Nick, meet me at the Texas office and we'll discuss a new contract.

Rest of you, be wise as serpents and innocent as doves. Press on.
Posted by Anonymous at 3:01 AM 6 comments:

I do not want civil discourse
By Don Surber

For a decade, from the election of Bush 43 forward, the Left has lied and cheated as it tried to return to power. Al Gore made a mockery out of the American electoral system by being a spoilsport over Florida, which Bush indeed won by 537 votes. Dan Rather forged a document to try to derail Bush’s re-election. Twice Democrats stole U.S. senators from the Republicans. After voting to support the war to get by the 2002 election, many Democrats quickly soured on the war. The profane protests were cheered by liberals who misattributed “dissent is the highest form of patriotism” to Thomas Jefferson; the words belong to the late historian Howard Zinn.

Once in power, liberals were the opposite of gracious.

For two years now, I have been called ignorant, racist, angry and violent by the left. The very foul-mouthed protesters of Bush dare to now label my words as “hate speech.”

Last week, the left quickly blamed the right for the national tragedy of a shooting spree by a madman who never watched Fox News, never listened to Rush Limbaugh and likely did not know who Sarah Palin is.

Fortunately, the American public rejected out of hand that idiotic notion that the right was responsible.

Rather than apologize, the left wants to change the tone of the political debate.

If you haven't already noticed, establishment liberals and their media toadies are in Phase III of their opportunistic explanations of the Arizona murders by Jared Loughner. Phase I was to blame the murders on the supposed wicked rhetoric of right-wing public figures. That didn’t work on the American public, not that it didn’t provide release for journalist whores at the New York Times. Hypocrites and liars Paul Krugman and Frank Rich exhausted themselves in their manly hatred of a single conservative female, Sarah Palin, and their horror at conservative free speech. 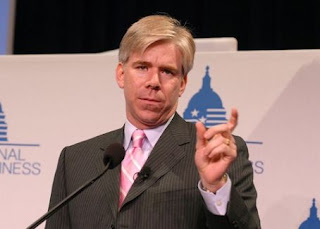 The fetching Andrea Mitchell burnt up the TV screen and stretched her face-lift with similar innuendo, and David Gregory, at his ratings toilet “Meet The Press” advanced his theory that “anti-goverment rage” was responsible for the murders. Since viewership for MTP in 2010 was smaller than the population of Brooklyn, the only folks who heard him were his guests and long-in-the-tooth urban liberals - hardly a choir that needs convincing. Do these ciphers have a clue about their irrelevance?

After Obama threw the leftist media under the bus at his “memorial” speech to the prissy community organizers of Together We Thrive, the party line switched to Phase II. Obama avoided the necromancy of the Wellstone festival, and there was no Tom Harkin with his eyes rolled back in his head, keening like a Palestinian hag after 911, to incite the mob. So the media politburo took up the soft Obama line that “incivility” didn’t trigger Loughner, but incivility in political language is bad in itself. So the subtext is that incivility is responsible for the tragedy. But it's an idelogical dead end for the left, because it includes them. 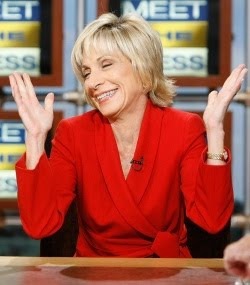 From here, there was a brief pause at Phase II (b), where mental health and the liberties of the obvious sociopath was the media party line. This hackery was too complicated for the short attention spans of media pundits, and it also drags in dense civil rights legalitities and the ACLU, all of which would focus the tragedy on liberalism and its fetishes. It was a non-starter. Too dangerous.

Developing now is Phase III. The issue now is how to secure the safety of public officials. The process to Phase III was simple and simple-minded. Having failed to identify the cause of the Arizona murders to their political advantage, liberals and their media water-carriers will simply allow the assumption of heightened danger to the political class to settle as hard fact. Then they can kick around the folly of gun laws and ammunition restrictions. When that fails, look for Phase IV. It won’t be long.
Posted by Rhod at 7:53 AM 15 comments:

Why It's So Easy To Hate A Bank 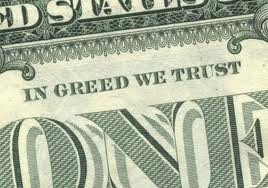 (MSNBC)- One of the nation’s biggest banks — JP Morgan Chase — admits it has overcharged several thousand military families for their mortgages, including families of troops fighting in Afghanistan. The bank also tells NBC News that it improperly foreclosed on more than a dozen military families.

Where's Jared Loughner when you need him? Give the man a new pair of shoes and a Glock and stick him in Chase's executive headquarters lunch room. Tell him George W. Bush is cooking chili dogs.

The admissions are an outgrowth of a lawsuit filed by Marine Capt. Jonathan Rowles. Rowles is the backseat pilot of an F/A 18 Delta fighter jet and has served the nation as a Marine for five years. He and his wife, Julia, say they’ve been battling Chase almost that long.

The dispute apparently caused the bank to review its handling of all mortgages involving active-duty military personnel. Under a law known as the Servicemembers Civil Relief Act (SCRA), active-duty troops generally get their mortgage interest rates lowered to 6 percent and are protected from foreclosure. Chase now appears to have repeatedly violated that law, which is designed to protect troops and their families from financial stress while they’re in harm’s way. 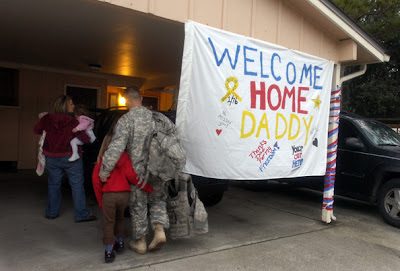 If Chase Bank has their way, this happy reunion will take place in a homeless shelter.
Posted by sig94 at 8:15 PM 9 comments:

BEIJING — Aided by at least $43 million in assistance from the government of Massachusetts and an innovative solar energy technology, Evergreen Solar emerged in the last three years as the third-largest maker of solar panels in the United States.

But now the company is closing its main American factory, laying off the 800 workers by the end of March and shifting production to a joint venture with a Chinese company in central China. Evergreen cited the much higher government support available in China.
(More...)
From: The New York Times
Posted by Anonymous at 9:59 PM 5 comments: