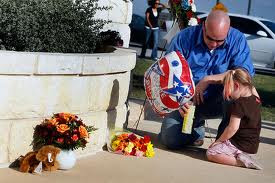 
AUSTIN, Texas — A military judge delayed a pretrial hearing Friday after Maj. Nidal Hasan, accused in the 2009 mass shooting at Fort Hood, appeared in a military courtroom sporting a full beard that his attorneys said he grew for religious reasons.

Col. Gregory Gross called the beard, which violated Army grooming regulations, a disruption to court proceedings and halted the hearing, Fort Hood officials said. Gross said a new hearing would be held soon — possibly next week — and that Hasan would have to watch proceedings outside the courtroom on closed-circuit television unless he complied with an order to “appear with proper military grooming standards,” Fort Hood officials said.

Over the past two years, Hasan, who remains an active duty service member, has appeared in court clean-shaven and with closely cropped hair. Hasan appeared Friday with a full beard and longer hair.


In November, 2009, Maj. Hasan prepared himself according to Islamic tradition and murdered 13 soldiers and wounded another 32 in the Ft. Hood massacre. Despite all evidence to the contrary, the Obamabots in the Pentagon labeled it as a workplace violence incident.


Hasan, a psychiatrist who slaughtered thirteen fellow soldiers while shouting "Allahu Akbar" ("God is great"), psychologically abused his patients -- weary, sometimes mentally fragile Iraq War veterans seeking medical treatment. He condemned their service to their country, attempted to convert some to Islam, and told an Army captain that she was an infidel who would be "ripped to shreds" and would "burn in hell" because she was not a Muslim. His file reveals years of unprofessional, highly aggressive behavior toward Army personnel driven by his desire to carry out jihad -- holy war -- against Americans. Private business cards found in his apartment after his arrest stated that he was an "SoA (SWT)," an acronym found on jihadist websites that stands for "soldier of Allah" and "Subhanahu Wa Ta'ala," or "Glory to God."

And this POS is still breathing.

In April and May of 1944 over 12,000 Allied airmen lost their lives in preparation for the Normandy invasion, Operation Overlord. 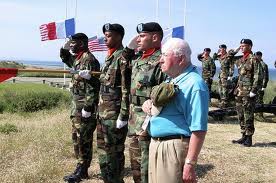 The fighting ultimately involved approximately one million allied soldiers and almost three quarters of a million Germans; 8,000 artillery pieces; 2,546 Allied bomber and 1,731 fighter aircraft; over 800 German bombers and fighters; 1,000 Allied warships and over 4,000 landing craft brought 160,000 soldiers to the beaches in the first hours. It was the greatest Armada in human history.

The Allies lost 24 warships and 35 merchant ships; 127 allied aircraft were shot down; 3,500 gliders were deployed. Each glider could carry up to 16 soldiers. Sixteen parachute regiments, 13,000 men, were dropped behind German lies.

By the time the Battle of Normandy ended 425,000 Allies and Germans were killed or wounded.

Today we honor these men.

But not that clown in the White House. His only thought is to honor himself. 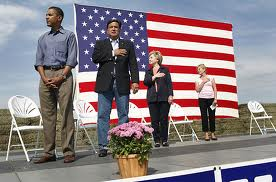 There is no official casualty figure for D-Day. It is estimated that more than 425,000 Allied and German troops were killed, wounded, or went missing during the battle. That figure includes more than 209,000 Allied casualties. In addition to roughly 200,000 German troops killed or wounded, the Allies also captured 200,000 soldiers. Captured Germans were sent to American prisoner-of-war camps at the rate of 30,000 per month, from D-Day until Christmas 1944. Between 15,000 and 20,000 French civilians were killed during the battle. 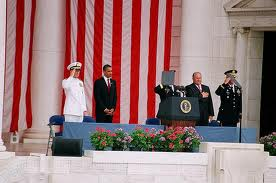 Another Pay Off For Campaign Cash Buddies 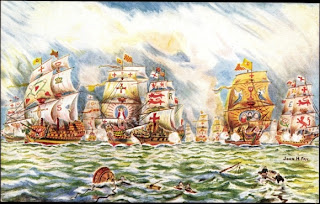 
The Senate markup of the 2013 National Defense Appropriations Act late last month dealt a grave blow to the liberal green agenda that has taken hold of the Defense Department.

Like the version of the bill that passed the Republican-controlled House, the Senate version censures military plans to invest heavily in costly biofuels to power ships and aircraft.

In recent months, Secretary of Defense Leon Panetta and Navy Secretary Ray Mabus have made no secret of their intentions to support the infant biofuels industry, using the alternative fuels at the rate of $26 a gallon to power a “Great Green Fleet” intended to launch for training this summer and deploy in 2016.

“We can break the market,” Mabus boasted at a gala sponsored by the Environmental Defense Fund in May.

These senseless jackholes will be the death of us all. My grandfather was a cook on a sub chaser in WWI; my dad was a Navy salvage (hard hat) diver in WWII; my brother was a snipe (machinist's mate) during the Vietnam Way on a destroyer, the USS Sims. Not one of them could or would give a flying fig about biofuels. They wanted a fighting ship. That's all. And how much money does the Navy want to waste on exotic fuels which could instead go for ammunition, aviation fuel, bombs, additional sailors, training, etc., at $26 a gallon!?!?! It was four times as expensive when the Navy was only paying $15 a gallon for biofuel, so roughly double it now.

You have to follow the money because this is just a repeat of the scandalous behavior of Solynda donations where a half billion tax payer dollars went into someone's pocket. Look to see where the biofuel contracts are going.


Dynamic Fuels, half-owned by agribusiness giant Tyson Foods, converts fats and waste greases into biofuels. Solazyme uses algae as a means of fermenting everything from plant matter to municipal waste into fuel. Both are considered leaders in the next-gen biofuel industry —

Taxpayers for Common Sense has something to say about the biofuel industry:


• Lobbying: The biofuels industry spent almost $31 million on lobbying so far in 2011 – or roughly $169,000 per day – capping off a total of nearly $243 million in lobbying expenditures from 2008‐2011. It employs hundreds of lobbyists, including former Congressional and administration staff, and even a few former members of Congress themselves.
• Contributions: Over the last three election cycles, the biofuels industry has donated more than $12.5 million in campaign contributions to the members of the 112th Congress.
• Super Committee: Members of the so‐called Super Committee have received $708,000 from this industry over the same period. In anticipation of the loss of the lucrative ethanol tax credit, the biofuels industry is fighting for continued government spending on biofuels research, federally backed loan guarantees for construction projects, special tax provisions meant to encourage biofuels production, and even federal outlays for building a biofuels infrastructure, such as installation of ethanol‐compatible blender pumps at gas stations.