Skippy Skips Out On The Bill

Cadet Moonbat skips out on his military commitment and is now surprised that he either has to reimburse the US taxpayer for his education or pony up four years of his life like he agreed to when he signed the papers. Too bad.


An Army cadet who left West Point just months shy of his graduation to make a high-profile protest of religious proselytizing at the school now faces Pentagon demands that he repay the cost of his education — either through active-duty service or by paying as much as $250,000.

The notification this week that he would be hit up for the fees blindsided Blake Page, 24, who says that top leadership at West Point assured him that "recoupment" of costs for his taxpayer-funded education would be waived when he left the school in December.

[...]"I could have stayed and graduated," said Page, who established a Secular Students Association at West Point. "By resigning I was able to make a very loud and bold statement. I believe it had some positive impact on the non-religious cadets."

As long it didn't cost you anything, eh Skippy?

Dip-wad with no balls. Glad you're out on your ass. You have no business leading other men into the restroom much less combat.

They're Sweaty And Stinky But They Still Work 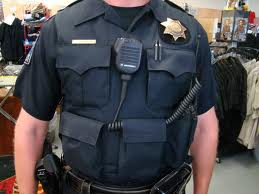 This story is really curious and stinks to high heaven. It is an 11 year old investigation that is suddenly getting media play. As in everything else, follow the money and who was getting what, why this was on the back burner for so long and why, all of a sudden, is this getting reported? IMHO, someone is angling for leverage, probably involved in another criminal investigation and is making like a canary.


Officials call for probe of sale of bulletproof vests
An L.A. County supervisor wants an audit into whether officials broke laws by shipping the equipment to Cambodia. And a Gardena official wants a probe into why the city was used as an intermediary.

Local officials Tuesday called for investigations into the Los Angeles County Sheriff's Department funneling hundreds of bulletproof vests to Cambodia through the city of Gardena.

Supervisor Mark Ridley-Thomas requested an audit to determine whether officials violated the law in shipping the vests a decade ago to the Southeast Asian country. A Gardena official also said she would be asking for an investigation into her city being used as an intermediary for the unusual transaction.

The announcements Tuesday were prompted by a Times investigation published over the weekend that found that sheriff's ballistic vests were shipped to Cambodia and not declared to customs officials, as required by federal law. Instead, they were stuffed inside one of a number of patrol cars that the Sheriff's Department was shipping directly to Cambodia, avoiding the rigorous vetting process the U.S. government requires to prevent body armor from getting into the wrong hands abroad.

Sheriff's media representatives gave The Times differing accounts about the transaction, initially denying any sheriff's officials were involved in sending the vests to Cambodia, then offering explanations contradicted by records and interviews. The officials involved in the transaction refused to discuss it.

These might be old vests that were handed in by officers who left the force for whatever reason. I knew that my old PD had a problem storing hundreds of these things. They do deteriorate after a number of years from sweat and soiling and we couldn't figure out what to do with them. But they do still offer some protection from handgun and shotgun loads.


[...]It is not unusual for U.S. law enforcement agencies to donate used or obsolete equipment to other departments, including foreign ones. But in this case, the vests were shipped using an intermediary and were not declared on their way out of the country. The vests were ostensibly sold to Gardena, but were never claimed by the city before being shipped to Cambodia.

The U.S. Customs Service launched an investigation into the sale of the vests in 2002, and federal agents were told that the transactions were coordinated by Tanaka, according to records obtained by The Times. A sheriff's spokesman called Tanaka's role minimal, saying it was a former undersheriff who called the Gardena city manager to coordinate the sales.

Customs agents decided not to seek criminal charges, concluding that there wasn't enough evidence to show that anyone involved in the transactions knew the relevant export laws. One expert told The Times that that rationale was "curious" because authorities don't have to prove knowledge of the law to press charges.

With over 9100 cops, the LASD could have had literally a thousand used vests or more hanging around. Nowadays, new Threat Level II or IIA vests cost anywhere from $800 to $1300 apiece (I used to order body armor for new cops before I retired). But my PD never paid a penny for these vests as all new hires were covered under a NYS grant. Since 1998 there is also a federal grant that reimburses municipalities for the cost of providing vests for new cops.

I have a funny feeling that these vests never made it to Cambodia and were diverted somewhere else. Can anyone say "Mexico?" The ATF isn't involved, but maybe we can call this one "Fast and Stinky?"
Posted by sig94 at 5:27 PM 8 comments:

New Liberal Icon Up In Smoke 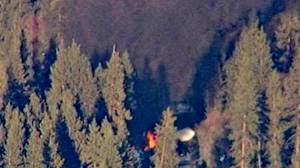 Fox News has learned of reports that the cabin that murder suspect Christopher Dorner had been holed up in during a standoff with LAPD officers is now completely engulfed in flames. Other reports indicate that ammunition can be heard exploding from inside the cabin.

Coward. You murdered a woman and her boyfriend because you didn't have the balls to go after her father. The heat you're feeling now is nothing compared to what is waiting for you.
Posted by sig94 at 8:45 PM 12 comments: