Barack Obama, (Impeachment Be Upon Him) As a matter of respect for the President's character, opinions and performance, from now on whenever I make reference to him, I will use the phrase "Impeachment Be Upon Him" after his name.
Posted by sig94 at 10:02 AM 7 comments: 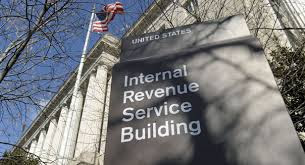 New Party Headquarters of the Democrats

More government corruption. Is there no end to this?


WASHINGTON (AP) — The Internal Revenue Service apologized Friday for what it acknowledged was "inappropriate" targeting of conservative political groups during the 2012 election to see if they were violating their tax-exempt status.

IRS agents singled out dozens of organizations for additional reviews because they included the words "tea party" or "patriot" in their exemption applications, said Lois Lerner, who heads the IRS division that oversees tax-exempt groups. In some cases, groups were asked for lists of donors, which violates IRS policy in most cases, she said.

Of course this was released on a Friday so by time the next news cycle starts on Monday there will be another shiny thing drawing the media's attention.

The Devil's In The Blue Dress 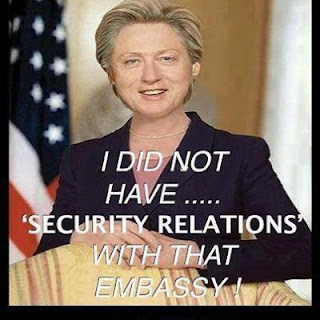 Elizabeth Jones, the acting Secretary of State for Near Eastern Affairs, told the Libyan President that Islamic terrorists were responsible for the murder of Ambassador Stevens and three other Americans four days before UN Secretary Sue Rice told the American people that an anti-Islamic video made in California was responsible.

Lies, upon lies, upon lies. If the Obama administration suddenly lost the ability to lie (ala Jim Carrey in Liar, Liar) they'd have absolutely nothing to say.

The following timeline is from the Daily Mail:


And by the way, the man held responsible for the video, Nakoula Basseley Nakoula, is still in jail even after it has been settled that the video had really nothing to do with the violence. 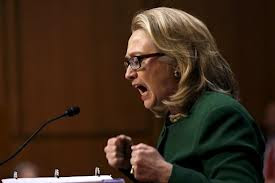 The last time I saw something like this was at a restaurant and a four year old was screaming at her parents over some sort of vegatable. Of course it didn't make any difference in the short run if she ate her broccoli or not; what made the difference, what was important was that she got her little snippy ass slapped for being a brat and misbehaving in public.

It's a different story when an ex-Secretary of State acts like this, yelling, "What difference does it make?" when questioned about the circumstances leading to the brutal murders of her employees. It does indeed make a difference my dear and I only wish I was in the position to plant my foot where it would make a difference in your bowel movements.

Only 400 Miles To Benghazi 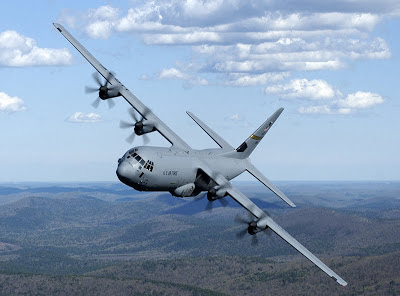 I'm waiting for a movie to be made titled as above. It is 404 miles from Tripoli to Benghazi as the crow flies. And a C-130J loaded with armed soldiers will take that direct course traveling much faster than a crow - over 410 mph.

In less than two hours Stevens and the others could have been rescued in the midst of an eight hour long attack. If jet fighters were sent they could have arrived even faster to provide a CAP capability over the embattled Americans.


The deputy of slain U.S. Ambassador Christopher Stevens has told congressional investigators that a team of Special Forces prepared to fly from Tripoli to Benghazi during the Sept. 11, 2012 attacks was forbidden from doing so by U.S. Special Operations Command Africa.

The account from Gregory Hicks is in stark contrast to assertions from the Obama administration, which insisted that nobody was ever told to stand down and that all available resources were utilized. Hicks gave private testimony to congressional investigators last month in advance of his upcoming appearance at a congressional hearing Wednesday.

Who had the authority to force these soldiers to stand down as they were preparing to board the plane? One answer is here and his initials are Barack Hussein Obama.


According to the source, when the attack on the Consulate occurred, a specific chain of command to gain verbal permission to move special-forces in must have occurred. SOCAFRICA commander Lieutenant Col. Gibson would have contacted a desk officer at the time, asking for that permission.

“Ham answers directly to the President of the United States,” said the source. It wasn’t a low-level bureaucrat making the call, the source adamantly added.

That call may have been made early in the engagement. Both Secretary of Defense Leon Panetta and Joint Chiefs of Staff Chairman Martin Dempsey testified in January that they had no further communication with President Barack Obama after an initial briefing in the early hours of the Benghazi crisis, which continued through the night. 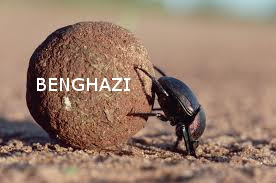 The media is finally starting to report on the Benghazi dung ball as it gathers speed and heads straight for the White House. CBS News, "Face The Nation," reports:


(CBS News) "Everybody in the mission" in Benghazi, Libya, thought the attack on a U.S. consulate there last Sept. 11 was an act of terror "from the get-go," according to excerpts of an interview investigators conducted with the No. 2 official in Libya at the time, obtained by CBS News' "Face the Nation."

"I think everybody in the mission thought it was a terrorist attack from the beginning," Greg Hicks, a 22-year foreign service diplomat who was the highest-ranking U.S. official in Libya after the strike, told investigators under authority of the House Oversight and Government Reform Committee. Hicks, the former U.S. Embassy Tripoli deputy chief of mission, was not in Benghazi at the time of the attack, which killed Chris Stevens - then the U.S. ambassador to Libya - and three other Americans.

When he appears this week before the committee, chaired by Rep. Darrell Issa, R-Calif., Hicks is expected to offer testimony at odds with what some American officials were saying in public - and on "Face the Nation" - just five days after the attack. Benghazi whistleblowers have rallied attention to discrepancies among the administration's reaction to the attack, which The Weekly Standard suggests was frayed by ever-evolving talking points that sought to remove references to al Qaeda.

On Sept. 16, U.S. Ambassador to the United Nations Susan Rice hit the media circuit, appearing on all five Sunday talk shows to dispel the notion that the strike was a premeditated terrorist act and to perpetuate the case that it began "spontaneously" out of protests in Egypt. Rice's spot on "Face the Nation" that day was preceded by the new President of Libya Mohammed al-Magariaf, who said his government had "no doubt that this was preplanned, predetermined."