Why I Carry - Part II 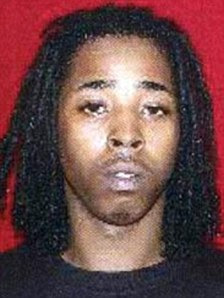 The man pictured above is Micheal Henderson and he is dead at age 19.
"Why is he dead?" you may ask. The answer is simple. Hendersen, his brother Seneca and two of their friends were in the process of breaking into a North Carolina home where a 14 year old boy had armed himself with a loaded shotgun.

"I Got One More In The Chamber. I'm Going To Shoot Again"
After the shooting, Michael Hendersen and his accomplices fled the scene. Hendersen collapsed a short distance from the house where his body was discovered by police. Two more men, Seneca Hendersen and Andrew Terry, were captured and a third, Jatwaun Davis, is being sought. This happened a few weeks ago on December 29, 2011, two days before another defensive shooting incident where an 18 year old single mother, Sarah McKinley, shot and killed an intruder in Oklahoma.

McKinley's ordeal in Oklahoma got a lot of attention, but there was little or no mention of the North Carolina incident in the main stream media. So it perhaps is no surprise that I finally read this from a news source outside the USA - the UK Telegraph.


Investigators released a 911 call with the teen calmly describing how he shot the intruder.

In the call, the teen, says: 'I just shot the man. He came around the corner. I shot him. He broke the whole glass out (of the back door).'

He continues: 'I don't know how many it was (who broke in). Just one came around the corner. I got one more in the chamber. I'm going to shoot again,' the boy said.

'Do not, while I’m on the phone, do not fire that firearm, OK?' the dispatcher says?.

It is at this point in the conversation that I hang up because the dispatcher is an idiot.


'What if another one comes in the house, ma'am?' he asked.

'Let me know, OK, if you see anybody. I will let you know (when a deputy gets to the house),' the dispatcher responded.

Excuse me Mr. Dispatcher?!? You're sitting on your ass in a comfortable chair sucking on a fresh cup of coffee in a secure building ten or twenty miles away and you're going to tell me when to shoot? I got a few words for you Mr. Dispatcher and I can't print them here.

It cannot be any clearer, when you have but a few seconds to make a life threatening decision, the police are only minutes away. And you have a clueless SOB on the line telling you when the police will be there. The best part of this? Neither the police nor the dispatcher can be held accountable if they screw up and you end up dead.

National crime statistics compiled by the FBI confirm that the police do not prevent most violent crime. In 2010, there were 14,748 murders, 367,832 robberies, and 84,767 rapes committed in the US. Not one of these crimes were prevented by the police or the courts. And for the most part it's not their fault. We have always had these crimes. But the responsibility for protection rests ultimately upon the citizen.

Let's see what the courts have to say.


DC's highest court noted that because the police are only under a general duty to provide services to the public at large, a special relationship must exist between the police and the individual in question for the "duty" element of negligence to be satisfied. It held that no such special relationship existed so the case was properly dismissed by the lower court for failure to state a claim and the case never went to trial.


According to the court, when the police advised Catherine “to get a gun for protection,” that was a warning to her that the police were unable to assure her safety or protect her. Because she got no assurances of safety from the police, she had no legal right to rely on the police to protect her. Case dismissed.


“... no constitutional right to be protected by the state against being murdered by criminals or madmen.”

I've been involved in law enforcement for almost forty years, twenty-four of them as a LEO. I spent seven of those years as an evidence technician, documenting murder, rape and mayhem that could have been prevented only by the proper use or display of sufficient force.

There are so many good men and women who wear the badge and do their best to serve and protect, but reality dictates that we are rarely there in time and it would be a lie if we promised to do so.

Your safety is in your own hands.
Best fill your hand with something other than a telephone.
Posted by sig94 at 10:31 AM 25 comments:

Keep Your %$#@ Muddy Shoes Off Our Constitution! 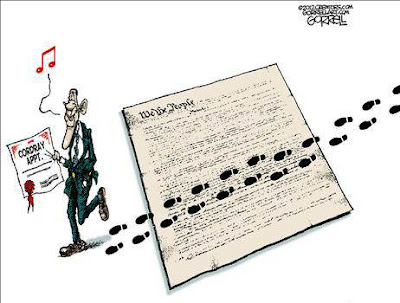 As presented in the Investor Business Daily, Obama continues his trashing of the US Constitution.

Constitution: President Obama's nonrecess "recess appointments" can't be excused as over-the-top electioneering. This president has crossed over from socialistic extremism into lawlessness and, perhaps, impeachability.

The U.S. Constitution established a strong presidency — so strong that even one of the most esteemed founding fathers, Patrick Henry, worried it would be kinglike. But this week saw a president exceed even those broad constitutional powers because doing so fits his election-year narrative of a "do-nothing Congress" so well.

Now we have the makings of a banana republic, where the rule of clearly written constitutional law is compromised by a ruler's subjective whim.

The Constitution is crystal clear on the recess appointment authority of the president.

"The president shall have power," Article II, section 2 states, "to fill up all vacancies that may happen during the recess of the Senate, by granting commissions which shall expire at the end of their next session."

The Senate has not been in recess. And Congress' authority over when it is and isn't in recess is no small matter of parliamentary procedure. Rather, it is a power the Framers explicitly bestowed in Article I, Section 5:

"Neither House, during the session of Congress, shall, without the consent of the other, adjourn for more than three days."

Yet Obama on Wednesday, with no recess in effect and against the publicly stated position of his own Justice Department, made four "recess appointments."


I usually do not give a hoot about anything that John Stewart has to say, but this is funny.
Posted by sig94 at 7:58 PM 15 comments: 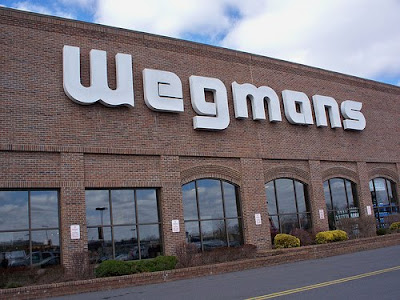 As far as my wife is concerned, Wegmans is the only place to buy groceries. She's been shopping at our local Wegmans for almost thirty years; she has shopped there so much that I often accuse her of having a boyfriend in the produce section.

Since I refuse to watch major network television, I missed the local TV ads where Alec Baldwin shills for Wegmans. But that cosy arrangement was kayoed when Alec exercised his "inner asshole" self on an American Airlines airplane and was ejected from the flight. Now after protests from their customers (alleged?)Wegmans backed off and has reinstated the Baldwin ads.


ROCHESTER, N.Y. (AP) — A New York-based supermarket chain has had a change of heart about grounding Alec Baldwin as a spokesman because of his antics aboard an American Airlines flight.

Wegmans Food Markets said Wednesday it will continue running television ads featuring Baldwin after being inundated with "hundreds and hundreds of tweets, emails, and phone calls" in support of the actor.

"We regret ending the Alec Baldwin holiday commercials one week earlier than planned in response to a couple of dozen complaints," Wegmans said in a statement. "We have decided to run the commercials again, effective immediately. Clearly, many more people support Alec."

Wegmans revealed Tuesday it had pulled the ads after drawing customer criticism about Baldwin's behavior. He was removed from a New York-bound flight at Los Angeles International Airport on Dec. 6 for refusing to turn off his cellphone.

Wegmans has an excellent supply of good foods but I suspect they just ran out of balls. It's probably because of Alec's mother, Carol Baldwin, who is very well respected in Upstate NY for her work in supporting cancer research. Mrs. Baldwin is a cancer survivor.
Posted by sig94 at 6:00 PM 3 comments:

Where Did This Come From?

This structure in Turkey allegedly predates Stonehenge by 6,000 years. How they can carbon date these huge rocks is beyond me as there is no organic "living" material in them. Carbon dating only works on biological specimens up to 50,000 or 60,000 years old.

Nothing to see here. More breathless speculation pushing the age of man past what Scripture indicates.
Posted by sig94 at 6:04 PM 12 comments: