In his Father's Footsteps 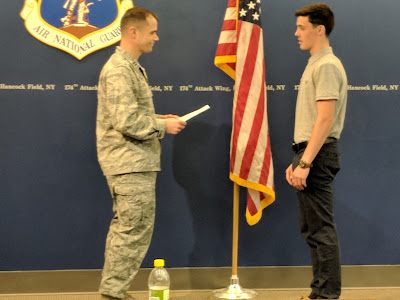 Today my eldest grandson started his student enlistment in the New York Air National Guard. He starts his monthly drills soon and will attend basic training in San Antonio this summer after he graduates from high school. His father, a four year AF vet, was on the flightline at Edwards AFB in the late 1980's servicing fighter jets.

We are so very proud of him. He will be a full time member of the NYANG assigned to security once he completes his advanced training, probably late this year. As an MP I think he will be pursuing a career in LE, like his grandpa.
Posted by sig94 at 7:37 PM 6 comments:

Grateful That It Wasn't Worse

We got home from the hospital this afternoon... exhausted. Yesterday (Monday) I had to undergo a hastily scheduled surgery on my replacement shoulder after my surgeon thought there could be an infection. And there was.

The original 8" incision had to be cut open again and the infected tissue removed. By the grace of God the infection did not get into the metal joint as it would have necessitated the complete removal of the new joint, the insertion of a "spacer"and a six week regime of IV administered antibiotics. My wife, bless her, stayed with me through a sleepless night. There were some other complications but things got sorted out and I was finally able to be discharged with prescriptions for oral antibiotics and painkillers.

So I am back in a sling and unable to drive again for about 10 days but I am very happy with that given the alternatives. 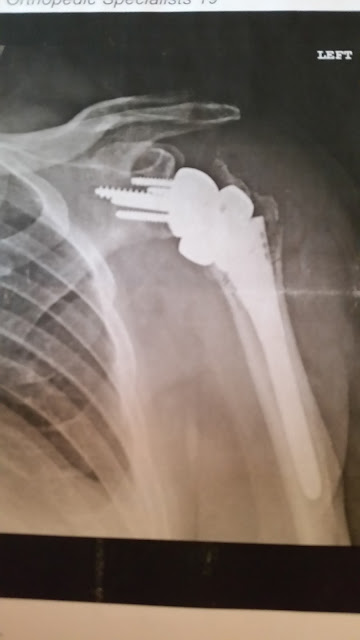 I'll keep you informed. I just don't feel like blogging much.
Posted by sig94 at 5:20 PM 8 comments: