What You Don't Hear About Muslims 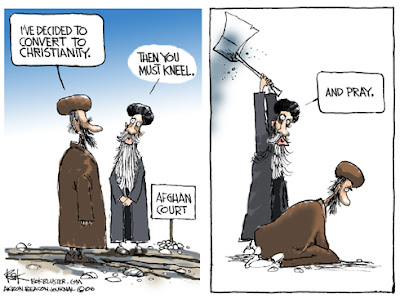 We view Islam from the outside. We see Islamic-inspired hatred expressed in the mutilation and slaughter of innocents and react accordingly. But Muslim fanatics are even more likely to kill their own people than infidels. They do this to spread fear, fear of leaving Islam for another belief.  The Prophet warns his followers:


Qur'an (4:89) - "They but wish that ye should reject Faith, as they do, and thus be on the same footing (as they): But take not friends from their ranks until they flee in the way of Allah (From what is forbidden). But if they turn renegades, seize them and slay them wherever ye find them"

(Islamic Law) 8.1 - "When a person who has reached puberty and is sane voluntarily apostatizes from Islam, he deserves to be killed."

Bukhari (89:271) - A man who embraces Islam, then reverts to Judaism is to be killed according to "the verdict of Allah and his apostle."

But in Africa and even in Asia it is not working. Stay with the following videos; it takes a little while for the first one to get to the meat of the matter but, in Africa, Mohammad is losing followers like Obama is losing voters - to the tune of 6 million a year, perhaps more. It is estimated that perhaps 30 million muslims a year are convertingto Christianity. And they are being baptized in the Name of the Father, Son and Holy Ghost. The imams are worried.

Ye shall know the truth and the truth shall set you free.


Our former pastor is now the head of an international Christian outreach program. He tells us that their efforts in Africa, especially North Africa, are very successful, but they keep it low key for obvious reasons. There is a movement of the Holy Spirit within Muslim nations and Islam is reacting violently against it. Witness what is happening in Nigeria where a minority Muslim population in the north is attacking the majority Christian population in the south.

Just A Hunk, A Hunk Of Burning Love 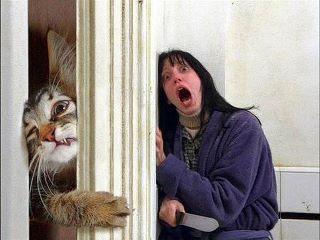 H/T to my Soldier Girl 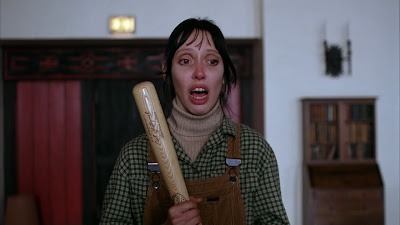 The Cops Are Getting Hosed Again 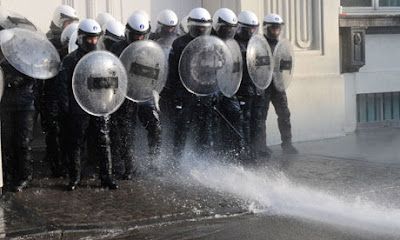 
Several hundred Belgian firefighters have broken through police lines in Brussels and hosed down the prime minister's office in protest at the government's tougher retirement plans.

The firefighters want to keep their early retirement age at 58, arguing their arduous job does not allow them to work into their 60s.

Such demands run counter to government plans to have the overwhelming majority of people work two years beyond 65 so it can afford an ever-increasing pension bill as Belgium's population ages.

The deputy prime minister, Didier Reynders, said caving in to the firefighters' demands would "send the wrong signal" to everyone. Belgium has 17,000 firefighters. 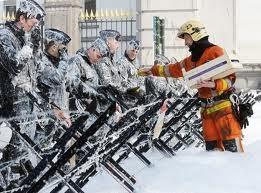 A grinning Belgian firefighter hands out apples to police after they sprayed them with fire retardant foam. One of the cops is already holding a green apple just handed to him. All I can imagine is that the firemen warned the cops what they were planning to do in their protest before hand and used very low pressure in the hoses; the cops said, "Sure, go ahead." The change in retirement probably also affects police, so as a show of support the cops didn't beat the crap out of them.
Posted by sig94 at 3:13 PM 5 comments:

Breaking Our Backs And The Bank 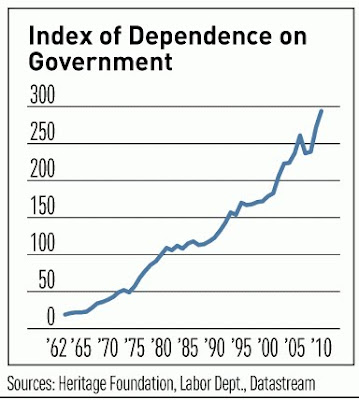 When John F. Kennedy was President, just over a quarter of federal spending went to fund programs paying for some 21.7 million Americans to be dependent on Uncle Sam. But as high as that spending and dependence on the federal government was then, it has exploded today, with one in five Americans — more than 67.3 million — depending on Washington for assistance.

The Heritage Foundation’s 2012 Index of Dependence on Government shows an alarming trend under the Obama Administration of a level of dependence on our government that has never been seen before. Today, a full 70 percent of the federal government’s budget goes to pay for housing, food, income, student aid, or other assistance, with recipients ranging from college students to retirees to welfare beneficiaries.

Why Is This Man Laughing? 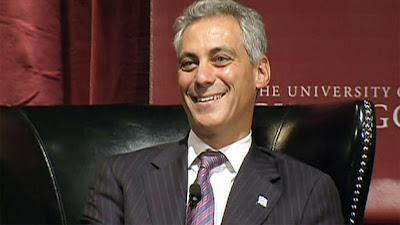 Because the taxpayers are getting stuck with the bill.


Earlier this month, the city of Chicago wrote a check for $399,950 to the Second Amendment Foundation, a gun rights group located in Bellevue, Wash. The check was a reimbursement for legal fees the foundation incurred in the McDonald v. Chicago case, which resulted in the United States Supreme Court overturning the city’s ban on handguns.

“The city lost that action,” said Julianne Versnel, the foundation’s director of operations. “Because it was a constitutional civil rights case, the city was required to pay the cost.”

This was a law suit initiated against the Daley administration. In any case, this gives more fuel for 2nd Amendment fires.
Posted by sig94 at 8:22 PM 3 comments: 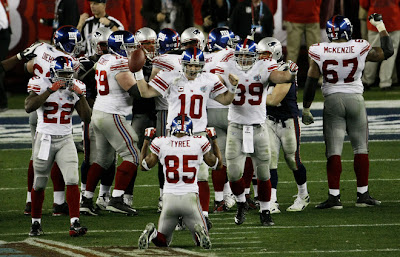 I am not a football analyst. I enjoyed the Superbowl yesterday and the wonderful time we had with friends. I found the game to be exciting, frustrating and it kept me on the edge of my seat for a good part of the fourth quarter. The Giants won and all is right with the world ... at least for 24 hours.

But the media side show did not end with the game. There is still a pound of flesh that can be lashed out of this drama. I am talking about the unfortunate remarks made by the wife of the Pat's quarterback.

But instead of the media attention given to Gisele and her remarks after the game, if you want a class act from the Patriots, look no farther than Tiquan Underwood, the wide receiver who was cut from the Pat's roster the day before the game. But instead of carping about how unfair life is, Mr. Underwood tweeted this instead:


Tiquan Underwood@TiUnderwood
This Is Nothing But MOTIVATION....

Tiquan Underwood@TiUnderwood
I Been Thru A LOT...But There Are Ppl In This World w/ More Serious Problems So I Cant Hang The Head....Thank You Lord
#Blessed

Tiquan Underwood@TiUnderwood
Good Luck To The New Enland Organization, The Coaches; All My Teammates...
#PatsNation
4 Feb 12 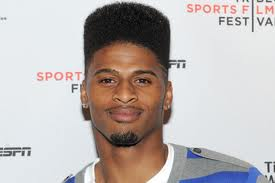 Of course I never knew he existed until 48 hours ago but, still,  I will look forward to watching this young man in action next year. I believe it is harder to find a man of good charater than it is to find a good wide receiver.