Email ThisBlogThis!Share to TwitterShare to FacebookShare to Pinterest
Labels: Music - The Clash

Now Russians Are Out Of Season?


MOSCOW (Reuters) - Russia's foreign ministry has warned its citizens traveling abroad of the risks posed by U.S. law enforcement bodies and special services, which it said were hunting for Russians around the world.

In a statement on Friday it also accused Washington of kidnapping Russians, citing cases such as that of Vladimir Drinkman, who was extradited to the United States from the Netherlands earlier this year.

Drinkman is accused of hacking into various American computer systems in possibly the world's largest identity theft crime. A court in the Netherlands approved his extradition to the US to face charges.


A Russian national appeared in federal court in Newark today after being extradited from the Netherlands to face charges that he conspired in the largest international hacking and data breach scheme ever prosecuted in the United States, announced Assistant Attorney General Leslie R. Caldwell of the Justice Department’s Criminal Division, Secretary Jeh Johnson of the Department of Homeland Security, U.S. Attorney Paul J. Fishman of the District of New Jersey and Acting Director Joseph P. Clancy of the U.S. Secret Service. Pretty Federal  Game Warden Checks The Tags On A Russian Buck.
No Doe Permit Was Required.

Vladimir Drinkman, 34, of Syktyykar and Moscow, Russia, was charged for his alleged role in a data theft conspiracy that targeted major corporate networks, stole more than 160 million credit card numbers, and caused hundreds of millions of dollars in losses. Prior to his extradition, he had been detained by the Dutch authorities since his arrest in the Netherlands on June 28, 2012.

In related news, radical Muslims are still in season and there is no bag limit.

I'm wondering of this was the guy that hit my credit card last year. Over $5,000 in fraudulent charges were lodged against my account. Luckily I was covered.
Posted by sig94 at 7:27 AM 2 comments:

What A Fool Believes 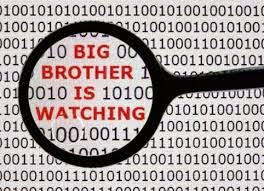 Why doesn't this surprise me.


FBI agents can’t point to any major terrorism cases they’ve cracked thanks to the key snooping powers in the Patriot Act, the Justice Department’s inspector general said in a report Thursday that could complicate efforts to keep key parts of the law operating.

[...] “The agents we interviewed did not identify any major case developments that resulted from use of the records obtained in response to Section 215 orders,” the inspector general concluded — though he said agents did view the material they gathered as “valuable” in developing other leads or corroborating information.

Just think how long the Somali pirate terrorists would have lasted if the US Navy had been allowed to do this instead of pussy footing around.


JAKARTA, Indonesia — Indonesian authorities blew up and sank 41 foreign fishing vessels Wednesday as a warning against poaching in the country's waters.

The vessels from a variety of countries were blown up in several ports across the archipelago, which has some of the world's richest fishing grounds.

Navy spokesman First Adm. Manahan Simorangkir said 35 vessels were sunk by the navy and six by the coast guard police.

Do You Blame Them?

The Daily Mail can be a mite hysterical at times. Like this article on American soldiers executing SS prison guards after liberating the hell hole of Dachau.

My FIL served in an armored unit under Patton's 3rd Army at the end of the war. He liberated a prison camp; he never would talk about it. All he would say was "Those poor bastards." He did talk about the SS soldiers he saw strung up by their necks along the German roads.


An American WWII doctor told how he calmly watched US soldiers massacre German SS guards in the Dachau concentration camp because they 'SO HAD IT COMING'.

Captain David Wilsey wrote to wife Emily that he did not have a 'single disturbed emotion' because he saw the Nazis as 'SS Beasts' that deserved to be slaughtered.

GIs tortured them by making them stand for hours in Heil Hitler salutes and pouring iced water over their naked backs before they were shot dead.

Captain Wilsey also bragged about looting the camp supplies for eight days in an apparent collapse of the rule of law among the troops.

The items he stole included twin sweaters for him and his wife - it is not clear if they were from victims who died in the camp - and Swastika banners he planned to use to decorate their basement.
The letters were reported by the New Republic and come after Daily Mail Online published the details of a new book which also addressed what happened at Dachau.

They cast new light on the actions of US soldiers who were confronted with the horrors of the Nazi concentration camps and offer some insight into how battle-weary troops reacted as the full extent of the atrocities committed in Dachau - and other similar places - were revealed to them.

Jim Croce died in a plane crash in September, 1973. Back before I joined the Syracuse Police, I met Croce when I worked as a security cop at Syracuse University during a small concert he gave in 1970.  I was the only security there and I spoke to him and his manager just before the performance which was held on campus. It was pretty much a small, almost intimate concert in an auditorium with perhaps 100 to 150 attending.  His road manager was very nice. Jim Croce was very talented, shame that they died so young.
Posted by sig94 at 4:00 PM 7 comments:

I doubt if I could do this. But I know some cops who could and would.

The "deus ex machina" is a literary device developed by the Greek poet Euripides; it means"god from the machine".


The term has evolved to mean a plot device whereby a seemingly unsolvable problem is suddenly and abruptly resolved by the contrived and unexpected intervention of some new event, character, ability or object."

The Clintons had a seemingly unsolvable problem, how to run Hillary as a Presidential candidate and still hide all the odious backroom deals, incompetency, and run of the mill corruption that accompanies her wake like a spring breeze wafting over a week old corpse.

Stephanopoulos. One of the Clintons' deus ex machina.

Like the rest of the Clinton public relations management team, Steffy Boy brought his own special brand of perfumed deodorizer to each of the Clinton corruption eruptions. As the poster child for ABC News, the diminutive Greek  could deflect any and all criticism of his beloved benefactors.
But that may be over. Just as he was about to play his greatest role as a moderator in the forthcoming GOP primary debates, Steffy Boy shat his knickers.


ABC has plenty of reasons to be freaking out over the George Stephanopoulos scandal — 105 million, to be exact.

The seven-year deal — which dwarfs the five-year, $50 million contract scored by since-suspended NBC rival Brian Williams — was supposed to keep Stephanopoulos in front of ABC’s cameras through 2021.

But now his credibility, and future, have been called into question since he admitted Friday that he had donated $75,000 to the Clinton Foundation since 2011, just as the presidential race gears up with Hillary Rodham Clinton the leading Democrat.

Like an oozing, pus-filled wound, the Obama/Clinton Benghazi debacle continues to fester.

The Administration knowingly fabricated from whole cloth the lie that a video sparked the attack.


(Washington, DC) – Judicial Watch announced today that it obtained more than 100 pages of previously classified “Secret” documents from the Department of Defense (DOD)and the Department of State revealing that DOD almost immediately reported that the attack on the U.S. Consulate in Benghazi was committed by the al Qaeda and Muslim Brotherhood-linked “Brigades of the Captive Omar Abdul Rahman” (BCOAR), and had been planned at least 10 days in advance. Rahman is known as the Blind Sheikh, and is serving life in prison for his involvement in the 1993 World Trade Center bombing and other terrorist acts.

The new documents also provide the first official confirmation that shows the U.S. government was aware of arms shipments from Benghazi to Syria. The documents also include an August 2012 analysis warning of the rise of ISIS and the predicted failure of the Obama policy of regime change in Syria.

"There were at least three rival gang groups here this morning for whatever reason. As they were here, we had officers on scene. We expected issues," said Sgt. W. Patrick Swanton, a police spokesman. He later said there were at least five gangs.

The fight broke out at Twin Peaks restaurant and spilled into the parking lot. It quickly escalated from hands and feet, as weapons, to gunfire, Swanton said.

No official word on what biker gangs were involved, but chances are pictures of Mohammed were not an issue of contention between them.
Posted by sig94 at 10:14 PM 5 comments: