Thank You To Our Armed Forces

Thank you to the BRAVE servicemen & women who have served, and continue to serve the United States- our true HEROES! #ArmedForcesDay https://t.co/5Kkh0PYs5A
— Donald J. Trump (@realDonaldTrump) May 20, 2017

And a hearty thank you to all our active duty, reserves, National Guard, veterans and the departed who so faithfully served our nation. May our Heavenly Father bless you all.
Posted by sig94 at 4:00 PM 2 comments:

The President Meets Heads Of States 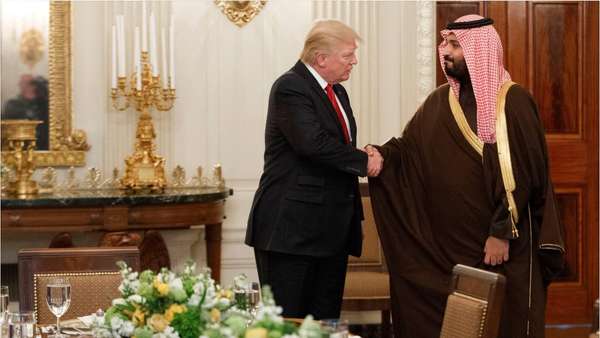 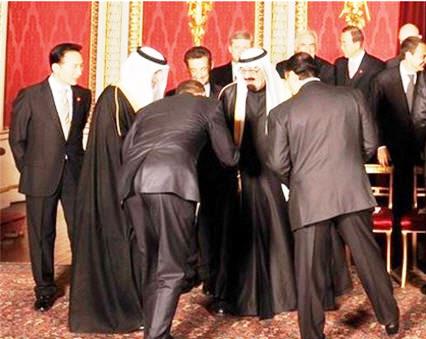 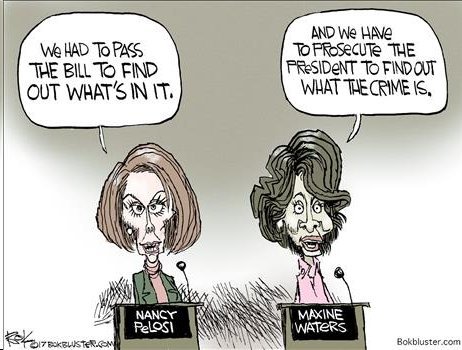 There seems to be  no end to their idiocy... and the lofo's acceptance of this crap.

Voter Fraud: It Is A Thing

This study does not include the dead (unless they have dual registrations) and the four most populous states - California (39 million), Texas (27 million), Florida and New York (20+ million each) - are also not in the study. These four states alone comprise about a third of the US population (106 million).


More than 7 million voter registrations appear to be registered in two states simultaneously, according to data obtained by the Washington Free Beacon.

The new voter data was gathered from the Kansas-run interstate voter registration crosscheck program, which is used to identify "possible duplicate registrations among states."

The program began in December 2005 and conducted its first crosscheck in 2006. It is administered by the office of Kansas Secretary of State Kris Kobach, who was tapped recently to help lead President Trump's voter fraud commission.

The newest data is from crosschecks of voter registrations across 28 states that participate in the program. At least 7.2 million registrations appeared in two states at once, according to the data.

The study shows that more than 916,000 people appear to be registered multiple times within their state of residence. North Carolina accounts for 90 percent of potential intrastate duplicates.

And of course the dems will scream racism.

At all costs Hillary did not want to hug Donald Trump during the deabtes. This video was a maneuver that Hillary perfected on her wedding night.

If this failed to deter Trump, Hillary was given a switchblade...

Reines tweeted a video of his "favorite moment from debate prep," featuring Hillary Clinton and a Trump stand-in. Clinton was practicing her technique of greeting her opponent before a debate.

Fired FBI Director Comey has been given a new nickname.

WASHINGTON — President Trump told Russian officials in the Oval Office this month that firing the F.B.I. director, James B. Comey, had relieved “great pressure” on him, according to a document summarizing the meeting.

“I just fired the head of the F.B.I. He was crazy, a real nut job,” Mr. Trump said, according to the document, which was read to The New York Times by an American official. “I faced great pressure because of Russia. That’s taken off.”

There was "Crooked Hillary" and now here's "Nut Job Comey."

How the 2nd Amendment Will Come In Handy


An Israeli is surrounded by a hostile Muslim mob. He is attacked and when trying to drive away he is cut off by an ambulance. At about 1:20 you see the crowd move away from him. That is because he just shot and killed one of the idiots and wounded a few more.

The way the leftists are threatening the peace and civility of our country, I can see this scenario playing out in many communities.

The Conservative Treehouse warns the Dems to beware of what they wish for, an independent Special Counsel.


Deputy Attorney General Rod Rosenstein at the Justice Department has appointed former FBI Director Robert Mueller as special counsel to justice to oversee the federal investigation into Russian interference in the 2016 election.

It may take a while for the more rabid Democrats to have the notion beat into their brains, but others already have an inkling of what may be coming down the pike.


This opens up an independent investigative path of:

♦The DNC leaking (Seth Rich), and

♦The impetus of the “Russian Dossier“, and

♦The Obama White House “surveillance and leaking” (Susan Rice/Evelyn Farkas), all the way to

The traitorous dems are about to find out what Boomerang Karma is all about. And I hope it bites them right in the ass.
Posted by sig94 at 9:11 PM 6 comments: 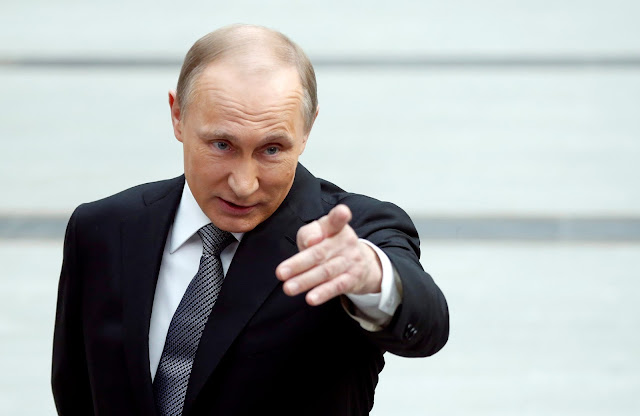 Russia's President Vladimir Putin offered to provide a transcript of his Foreign Minister's visit to the White House in order to settle the recent fake news controversy regarding the release of classified intelligence by President Trump.


SOCHI, Russia, May 17 (Reuters) - Russian President Vladimir Putin said on Wednesday that U.S. President Donald Trump had not passed any secrets onto Russian Foreign Minister Sergei Lavrov during a meeting in Washington last week and that he could prove it.

Speaking at a news conference alongside Italian Prime Minister Paolo Gentiloni, Putin quipped that Lavrov had not passed what he said were the non-existent secrets onto him either.

Putin said Russia was ready to hand a transcript of Trump's meeting with Lavrov over to U.S. lawmakers if that would help reassure them.

Two U.S. officials said on Monday that Trump had disclosed highly classified information to Lavrov about a planned Islamic State operation, plunging the White House into another controversy just months into Trump's short tenure in office.

Putin later remarked that the two American officials were "full of shitsky" and that, in Mother Russia, "Leakers" could only be a mispronunciation of a California basketball team.
Source


"We are seeing in the US a developing political schizophrenia," Putin said quoted by RT. "There is no other way I can explain the accusations against the acting US president that he gave away some secrets to Lavrov" and added that "it's hard to imagine what else can these people who generate such nonsense and rubbish can dream up next," said Putin.

"Anyway, this is a US matter, and we don't want and don't plan to interfere," the Russian president said.

It is on. A full blown assault on the Office of the President. Disgraced ex-FBI Director James Comey and his accomplices are doing their utmost to bring down a sitting President while Hillary and Soros cackle and plot on the sidelines.

This must not be allowed to stand. The Democrats are creating a Constitutional crisis out of smoke and mirrors and the liberal media is supplying the smoke and mirrors. This is worse than the Gulf of Tonkin incident that immersed the US in a war that killed 52,000 GI's. That action was directed at the communists. Today's traitors are targeting us.

This is an attack on the very fabric that holds our nation together, that keeps us in civil harmony and away from each others throats. Once that gives, God help us.

The Democrats are pissing off the wrong people. We are not snot nosed college kids. This will not end well.

The liberal media is on a war footing and we need to know what is, and more importantly, what is not happening. The Federalist has published a guide on how to interpret the war news...

Email ThisBlogThis!Share to TwitterShare to FacebookShare to Pinterest
Labels: Another Civil War

Awwww, They Gave Him A Bicycle Rack 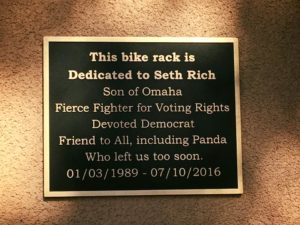 Family's private investigator: There is evidence Seth Rich had contact with WikiLeaks prior to death

WASHINGTON - It has been almost a year since Democratic National Committee staffer Seth Rich was murdered in the nation's capital. There have been no solid answers about why he was killed until now.

Rich was shot and killed last July in Northwest D.C and police have suggested the killing in the District's Bloomingdale neighborhood was a botched robbery. However, online conspiracy theories have tied the murder to Rich's work at the DNC.

Just two months shy of the one-year anniversary of Rich's death, FOX 5 has learned there is new information that could prove these theorists right.

Rod Wheeler, a private investigator hired by the Rich family, suggests there is tangible evidence on Rich's laptop that confirms he was communicating with WikiLeaks prior to his death.

Now, questions have been raised on why D.C. police, the lead agency on this murder investigation for the past ten months, have insisted this was a robbery gone bad when there appears to be no evidence to suggest that.

If You Ask Them, Sometimes They'll Tell You 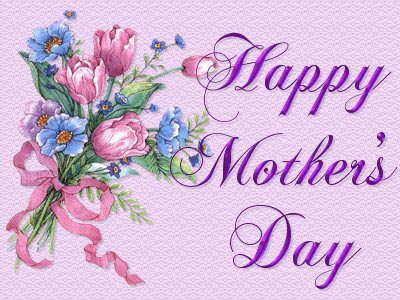 My mom went into hospice care last week so this is a bittersweet day for us. She's 89 and still feisty as all get out, but she'll be gone soon.

I thank God that He placed her as my mom. She had a hard row to hoe as a young woman with four kids. And I thank God for my wife who has had such an impact on me, our daughters and step daughter.

Think of the women that God has placed in your life and thank Him for them; be sure to include the ones you wish you never crossed paths with. Even they taught you something.
Posted by sig94 at 10:30 AM 8 comments: 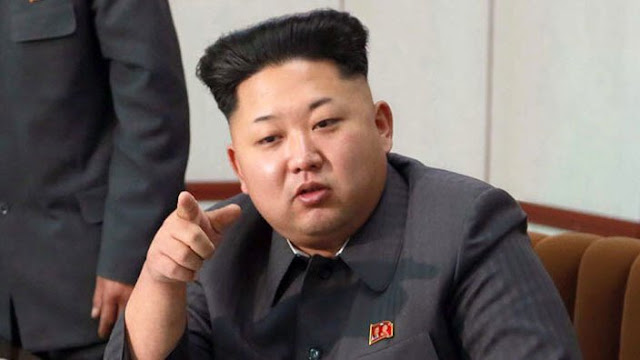 After downing a large bowl of fermented kimchi, International Jokester-for-life President Kim Jung-fun dares President Trump to pull his finger.
Posted by sig94 at 8:00 AM 8 comments: