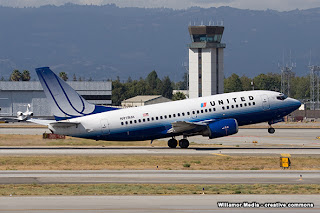 Leaving on a jet plane.

The Mrs. and I are off to North Carolina to spend Memorial Weekend with our Soldier Girl. She'll pick us up at Raleigh and then off to Ft. Bragg and then maybe Wilmington and Cape Carteret. It's been a hellish few weeks at work and I really need some down time.

While I'm away, how about this: write a comment on how you met your wife.

I met my wife at a bar. I had been scratched on my hand while breaking up a street disturbance and contacted infantiago. The doc kept me out of work for several weeks until the scabs on my face and scalp stopped festering and oozing.  The night before I was going to return to work I headed to a place called Frankie's. The scabs had all but disappeared but I hadn't shaved yet.

I saw this striking, obviously Italian, young lady and after a spell, decided to try to talk to her. I downed a bit of liquid courage and approached her. I struck up a conversation, or tried to. She was not impressed at all with me, or so I thought.

I asked her to dance. Her replay, "No, the band sucks." But I was friendly, persuasive and have blue eyes. It was a winning combination. And the scabs were almost gone. She asked me what I did for a living and I had to tin her. She actually relaxed a bit and became friendlier when she saw I was in law enforcement. Even after I warned her to stay away from cops. She was out for the evening with her cousin - who was amazed when this Italian beauty agreed to go out to breakfast with me. Took her home after breakfast and never stopped seeing her. That was the summer of 1979 and we married in May of 1982.

Ok, Ok - I do remember... it was July of '79. I remember because just that month on my way to work I drove my almost completely restored 1963 MGB into the side of a VW bug driven by an idiot who turned right in front of me only two blocks away from the police station. Totaled my poor MGB. The only thing funny about that accident was the absolutely classic look of "Oh, am I f**d" on his face when I climbed out of the MGB in full uniform.

Time For A New Laptop 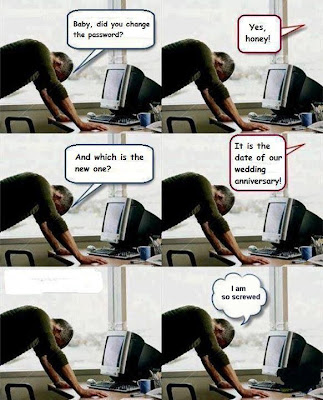 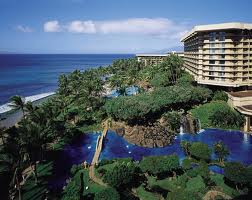 The most overturned federal appellate court in the Nation, California's liberal Ninth Circuit Court of Appeals, is seeking over a million dollars to fete themselves at an exclusive Hawaiian resort and have the nerve to call it a judicial conference.


Yesterday, Dan Riehl of Breitbart News broke the story about judges from the notoriously liberal Ninth Circuit Court of Appeals getting ready to spend about a million dollars of taxpayer dollars on a lavish vacation. Breitbart News published a report from “the offices of the Ranking Member of the Senate Budget Committee, Senator Jeff Sessions, and the offices of Senator Chuck Grassley, the Ranking Member of the Senate Judiciary Committee, with several detailed questions they want answered by the Ninth District.”

Q: Just what the hell are you blockheads going to conference about?

A: In order to maintain our record as one of the worst appellate courts in the Nation we have to plan ahead. Incompetence on a grand scale doesn't come cheap.

Q:Why hold a conference for nine western states in a luxury hotel 5,000 miles away from the mainland?

A:We heard Georgia Democrat Congressman Hank Johnson say that the island of Guam "will tip over and capsize" if too many people move there. Hell, Hawaii is a lot bigger than Guam. We can all stay there a few weeks with our wives and girlfriends and the island won't budge an inch. Guarantee it! 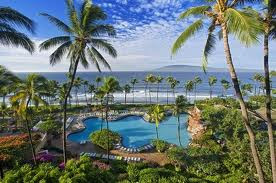 According to Riehl's story, "Judges from the Ninth Circuit Court of Appeals, federal district and bankruptcy courts in nine Western states and two Pacific island territories, along with lawyers practicing in those courts, and court staff, will gather at the luxurious Hyatt Regency Maui Resort and Spa from August 13 - 16, 2012 in what looks like a less than valiant attempt to ensure American justice is being served...at a cost to taxpayers of approximately one million dollars." 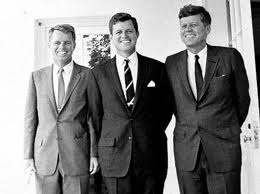 The media tapestry that is the Kennedy legend has been getting awfully threadbare lately. And it unravels more and more due to the shoddy material from which it was made -  the Kennedys themselves.

Along with their waning power, wealth, privilege and prestige, here’s another element of the Camelot mystique that needs to be extinguished: the myth of “The Kennedy Curse.” It’s almost a reflexive national reaction when we hear of yet another Kennedy dying too young, so of course it was invoked again last week, when news broke that Mary Richardson Kennedy, the estranged 52-year-old wife of Robert Kennedy Jr., had hung herself in her barn on Wednesday. A curse, however, implies supernatural intervention by vengeful gods jealous of mortal youth, beauty, brilliance.

Let’s just call it what it is: the natural fallout when you’re a member of a family riddled with entitled, underachieving drunks, drug addicts and adulterers, whose treatment of women is historically deplorable.

Billy "What Stain?" Clinton said he was influenced by JFK to seek public service. Neither JKF nor Billy Boy ever owned up to what they would be servicing or how.

Until recently, JFK’s relentless womanizing was contextualized as a glamorous flaw, one he shared with many other men who have held the office, born of the swinging, shaken-martini ’60s. We now know that JFK was a remorseless predator, a sitting president who got a teenage intern drunk, took her virginity on his wife’s bed, then later suggested she perform oral sex on an aide while he watched..

Not to be outdone, Ted "Where's My Buick" Kennedy reached new levels of despicable behavior.

And Ted. Where to begin? There are the well-documented stories of truly sleazy behavior, but it’s quite the legacy when partying with your nephew leads to his trial for rape—and that’s just a footnote. Ted was the worst of the three, pitching off a bridge at Chappaquiddick in 1969, leaving a young campaign aide named Mary Jo Kopechne to die at the bottom of a lake while he slept off the booze, then strategized spin control.

Of course the patriarch of the family, Joe Kennedy Sr., established a record that was hard to beat. Rose managed to outlive him which was probably wasn't reward enough for what he put her through. Two subsequent generations of Kennedys have killed themselves or their spouses trying to best the old man.

And lest we forget the third-generation Kennedys: the late Michael Kennedy (affair with the teenage babysitter); Ethel’s nephew Michael Skakel (convicted of the 1975 murder of teenage neighbor Martha Moxley); William Kennedy Smith (tried for rape in 1991); Joe Kennedy II (getting an annulment without telling his wife);Doug Kennedy (kicking and shoving his maternity nurse).

And Robert Kennedy Jr. isn't any better. Alcoholism and substance abuse runs rampant in the women married to the Kennedy clan because of the humiliation they suffer.

“I remember being seated at a dinner next to Bobby around 10 years ago that she was also at,” a close friend of Mary’s told The Post last week. “It was the first time I had met either of them, and he put his hand on my thigh under the table. He was such a dog that way.”

Yesterday, the Kennedys buried Mary in Hyannisport, near the famous family compound. In life, Mary had been banned from there for years. In death, she is now the good Kennedy wife, keeping up appearances.