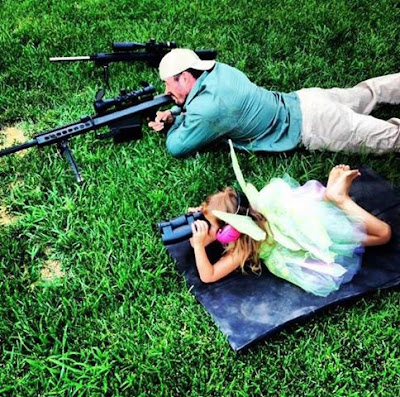 Tie The Media Down, Sport

For his part, Obugger and his crew are dancing around this turd ala Fred Astaire and Ginger Rodgers after a bath salts binge. I wonder just how long the media can sit on this before it blows up in their faces.


Rep. Trey Gowdy (R-SC) was on with Greta Van Susteren Thursday to discuss the Obama scandals.

This came after Jake Tapper at CNN broke the news that there were “dozens” of CIA operatives on the ground in Benghazi on 9-11 when the consulate came under attack and the agency is going to great lengths to make sure whatever it was doing, remains a secret.

Gowdy told Greta the Obama Administration is hiding the survivors, dispersing them around the country, AND changing their names.

“Including changing names, creating aliases. Stop and think what things are most calculated to get at the truth? Talk to people with first-hand knowledge. What creates the appearance and perhaps the reality of a cover-up? Not letting us talk with people who have the most amount of information, dispersing them around the country and changing their names.”

And, at the same time Obama is hiding the survivors around the country he’s calling Benghazi a ‘phony’ scandal.

More here.
I believe Obugger is self medicating right now, so let's sing him a new verse:

The old "Have Gun, Will Travel" television series starring Richard Boone was a favorite of mine.  The series had a character named Paladin who traveled throughout the Olde West bringing respite and justice to the weary by ....  mostly killing people or threatening to do so. Or just by showing up with his bad acne-scarred self and giving his quintessential "I am bored, I want to kill someone" stare. He never ate, he never slept, he eschewed the company of women. I don't think he ever had a bowel movement either.

But Paladin reflected a need. In some areas of the world there always seems to be a need for a person who is well-versed in the use of a six gun, or a M16. As in the days of Paladin, these places are teeming with individuals seeking respite and justice; they will pay any price to obtain the services of someone who can provide the desired respite and justice.
Mexico is one of the those (these?) places.
This is my story.

Actually it's the story of active and former GI's who have presented their skills to the marketplace and found a profitable niche.


Mexican cartels are recruiting hit men from the U.S. military, offering big money to highly-trained soldiers to carry out contract killings and potentially share their skills with gangsters south of the border, according to law enforcement experts.

The involvement of three American soldiers in separate incidents, including a 2009 murder that led to last week’s life sentence for a former Army private, underscore a problem the U.S. military has fought hard to address.

Actually there isn't much that is new here. It has been known for some time that gang members have been enlisting in the Army in order to gain military training in weapons use and small unit tactics.


"We have seen examples over the past few years where American servicemen are becoming involved in this type of activity," said Fred Burton, vice president for STRATFOR Global Intelligence. "It is quite worrisome to have individuals with specialized military training and combat experience being associated with the cartels."

Perhaps Obama and Holder are looking at this as a new resume building program that dovetails with their "Fast and Furious" gun trafficking. Let's face it, it made no sense to give the cartels all those thousands of guns unless they had some kind of instructor program.
Posted by sig94 at 8:28 PM 5 comments:

Don't Give Up On Us

We're cousins, born of the same gene that won't give up and refuses to lie down to unelected authority.

It's tough here in England; the country is being broken up into Regions of the European Union. England has no government, no Parliament and Great Britain itself is struggling with overwhelmed taxpayer-funded resources (eg the NHS,  the Police Force/Service).  In short, this country is about to discover that we've been fucked, royally, many times over.

The European Union and successive governments (Labour/Conservative) have done this, stealthily (aka lied in their manifestos), over many years.  When people actually realise what's happened it won't be pretty.

Our children's education has been shot to pieces because it's been infiltrated by people who think equality is the be all and end all and our country's history has been re-written.

In your own fight for freedom of expression and freedom of association, don't forget us and don't believe what you read in the msm.  We haven't forgotten you - we really are stronger together. The expression 'Divided we fall' was never more true.

God bless America and good luck with Obama - same stable, same donkey - because you need it too.
Posted by GoodnightVienna at 4:26 PM 3 comments: 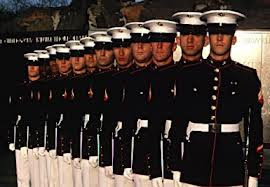 
Read the rest of the article here. This not only affects the military. Many large police departments are run the same way.
Posted by sig94 at 7:58 PM 7 comments: 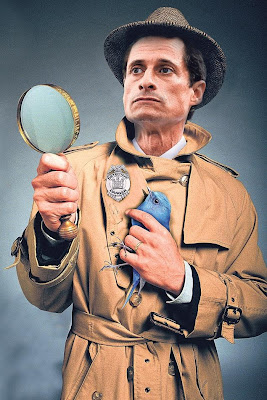 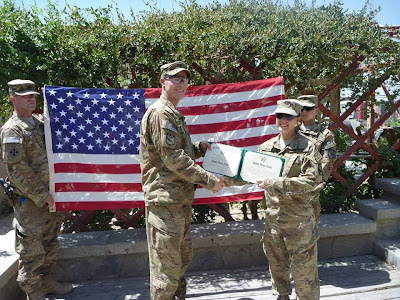 Taken at BAF, Afghanistan.
I'm one proud Dad. And she re-upped for three more.
Posted by sig94 at 8:30 AM 9 comments: