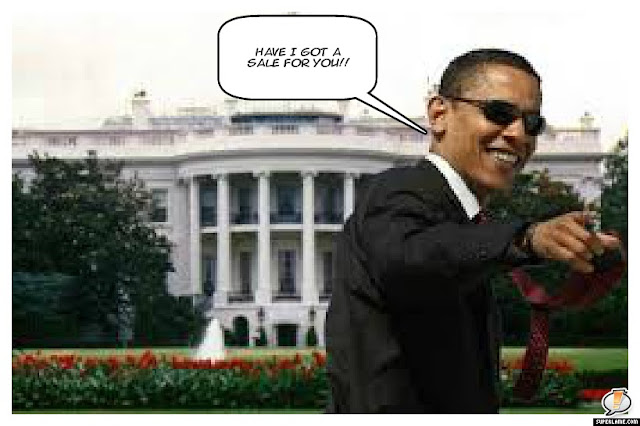 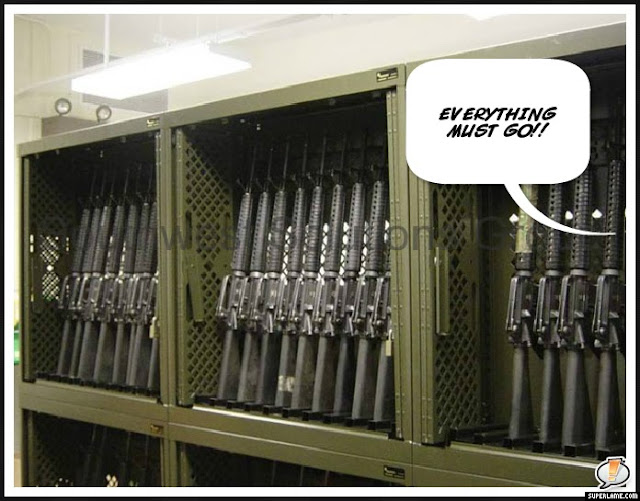 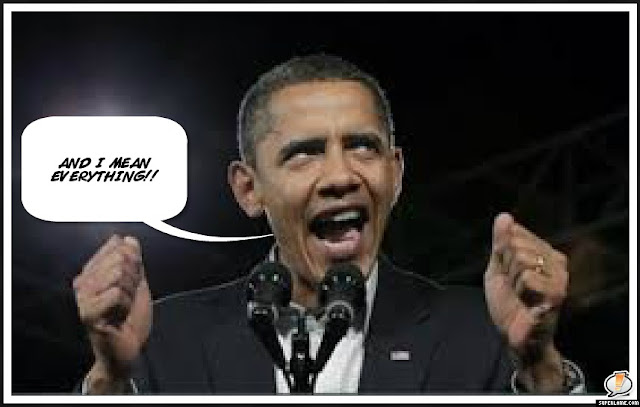 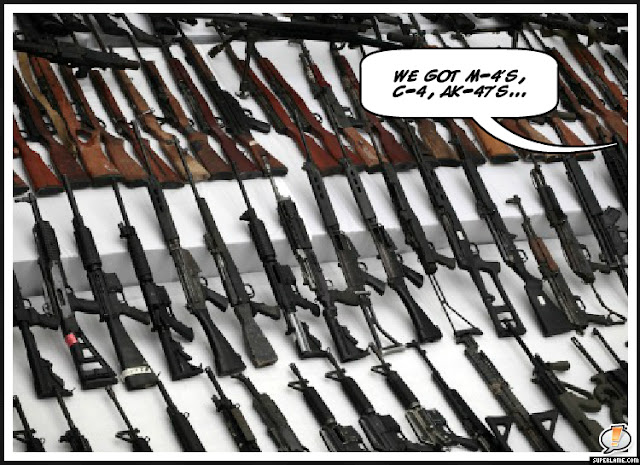 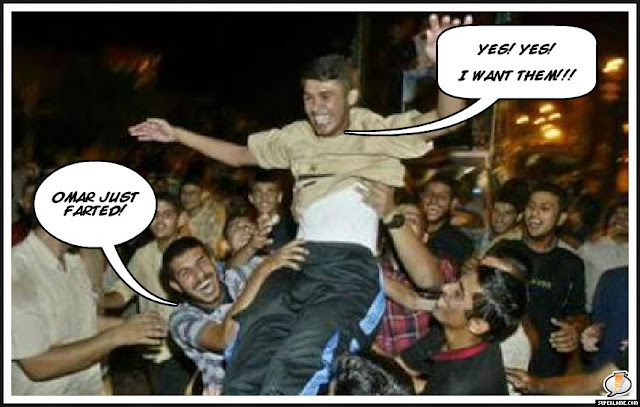 "If at first you don't succeed, change the packaging and sell it as something else."
~sig94

There are any number of inventions that started off as an attempt to accomplish one purpose, failed but were then realized as accomplishing something completely different. WD-40 is perhaps the most well known (a water displacer), but there are others.


Super Glue - developed to be used for clear plastic gun sites during WWII.

Email ThisBlogThis!Share to TwitterShare to FacebookShare to Pinterest
Labels: Inventions

Breanna, Her Name Is Breanna

The following is the basic story of the day of the accident that she shared with the family yesterday evening: Breanna and her husband have a roadside fruit stand which they only recently moved to that particular street. She was at the stand on Saturday and actually realized that the accident was about to happen just before it did. (Someone ran a red light.)

That car hit another. Jon tried to brake, but he skidded all the way and hit one of the cars head first. When she reached Jonathan, Breanna could find no pulse, and he blood was coming from his mouth.

Breanna has never had CPR training, but she had someone dial 911 so that they could talk her through it. At one point people involved in the accident were arguing loudly, and this young lady became a Mighty Warrior and hushed the crowd. She said it took about 5 minutes for the ambulance to arrive, so she continued CPR even though she couldn't get any response.

She said said she somehow knew that Jon is military, and her father was also military.

One more interesting note is that Breanna's husband is named Jonathan!

John's condition continues to improve. We are very thankful to God for this answer to prayer.

I know I've posted quite a bit about John, but I really like this fine young man. John and our daughter were seeing each other when she was posted at Ft. Bragg. We were in Fayetteville twice last year and got to know him well. He also drove her home once and visited us for a few days. The wife and I were hoping that ... well, you know.

Thousands of bikers descended on Washington, DC, today for a memorial run commemorating the 12 anniversary of the 9/11 murders of nearly 3,000 Americans. They were denied a federal permit for this but they rode anyway. Of course the feds approved the so called Million Muslim March which attracted far fewer participants.

And why were the Moozies meeting? Well,the American Muslim Political Action Committee wanted to "draw attention to what they call unfair fear of Muslims after the Sept. 11 terrorist attacks."

Whiny Moozies, unfair fear?? I swear by Mohammed's Curly Ass Hairs that is the most lame excuse for a rally I ever heard.

It's like the Nazi's holding a Nuremberg Rally to protest the unfair rise in natural gas prices caused by the murder of 6 million Jews.

John continues to show improvement over the past two days.
He is by no means out of danger and is still in intensive care, but his vitals have improved and doctors are more optimistic.

update 9/11: Praise the Lord-Jon has remained stable throughout the afternoon. If he continues to do so during the night, the doctors will be making a decision about giving him the reflex exercises to test his neurological response. This involves removing him from all medication, and it is definitely a big decision to be made.

Hopefully we will also soon learn the identity of the woman who witnessed the accident and stopped to give John CPR before the ambulance arrived. There are no other details but apparently she saved his life.

Bless all of you for your prayers. John was at death's door ringing the doorbell.

Even The Prophet Waited Until She Was Nine


Manama: Kuwaitis have called for stringent action against a family in Yemen after their eight-year-old daughter died of internal injuries on the first night of her arranged marriage to a man more than five times her age.

She is believed to have suffered a tear to her genitals and severe bleeding.

Yemeni activists urged the local police to arrest the “beastly groom” and the girl’s family and transfer them to a court where justice would be served and the case would be used to help put an end to the practice of marrying very young girls in the impoverished country, the daily said.

Yeah, let's allow more of these people to immigrate here.

A smart phone app that was once called Ghetto Tracker has been renamed "Good Part of Town" after a storm of criticism from liberal morons. I think it's a handy dandy app and I intend to download it.

However, the PR move may not do much to alter the public's reception of the app, which critics are slamming as a racist, classist app for helping the rich to avoid the poor.

The app functions by allowing locals to rate the safety of different parts of a given area. According to The Week, the original launch of the page featured a white family of four smiling alongside the app's promise to show users "which parts of town are safe and which ones are ghetto, or unsafe."

In addition to the name change, all mention of the word "ghetto" has been removed from the site. The site now features an ethnically diverse family on its homepage.

As a retired cop I often wear a gun; even so, there are portions of the city where I used to work that I avoid. I am not rich and I am not avoiding the poor. I am avoiding amoral, undisciplined monsters who shoot at people for no reason at all and endanger the lives of innocent bystanders with their ghetto disdain for innocent bystanders as they spray bullets in all directions.

I have traveled to unfamiliar cities where I have ended up in ghetto areas unwittingly. I got the hell out as quickly as possible, not because I am intimidated by people who live below the poverty level, but because so many of their children are vicious animals. I worked in areas like this for over a dozen years. I know what goes on and I have no misconceptions about ghetto crime.

"It’s pretty detrimental to society when we reinforce the idea that poor or crime-heavy areas are places to be categorically avoided or shamed," David Holmes wrote on PandoDaily. "As if to assume that every person who lives in an area with comparatively high crime or poverty is a criminal, or that these areas are devoid of culture or positivity."

Idiot. I'm not worried about society, society tends to take care of itself. But it's pretty detrimental to your health to have some racist felon beat you senseless for no reason at all. Ask the poor man who was attacked by a black in NYC because he was white. Oops, you can't, he is now brain dead.

We just found out that a friend of the family, USA Sgt. John King, was involved in a very serious motorcycle accident yesterday and is in critical condition. He is stationed at Ft. Bragg.

Hospital staff only stabilized him in the ER a short time ago (we got the news at 1230 hrs today) and he is now able to be moved to ICU, but he is still unconscious.

He is from Wyoming, his dad is a Pastor.

John is a great guy, we are very worried.
Please join us in prayer for this fine young man.

UPDATE:
John went into surgery about 3:30 this afternoon. He had to have several holes drilled into his head to relieve pressure.


He also has a lung contusion, broken tibia, and broken facial bones (right side). His parents and his two sisters are at his side, along with members of his army platoon and the special forces.

Afternoon update: Doctors are getting ready to insert a PICC line into Jonathan's chest and remove the separate lines going into his arms and legs. This will help reduce the chance of infection. They have also placed him on a feeding tube.
Earlier today Jon had a chest x-ray. The good news is that everything in his chest/stomach area looks good. The concern is that this caused too much stimulation to his brain, leading to swelling.

His friends and family started a FB page - Prayer Warriors for John King.

We Don't Know Anything! - Update

So many questions about our destiny.

Jobs, healthcare, public safety, the economy, foreign relations, rumors and threats of war - it's enough to drive us all into bunkers before we go bonkers. So much ambiguity!

And now the laws of physics are toast as well.

Einstein's General  Theory of Relativity and Quantum Physics fall apart in the presense of a black hole.

Black holes blow it all up.

With respect to Relativity: The singularity in a  black hole (as predicted by Einstein's theory) predicts infinite gravity in an infinitely small point - no space at all.  As one physicist points out  - "Time stops [...] space makes no sense. It means the collapse of everything we know about the physical universe."

With respect to Quantum Mechanics and Quantum Gravity: The results are even worse when trying to create a model of Quantum Gravity. Trying to combine Relativity and Quantum Mechanics you get an infinite sequence of infinities. They are totally incompatible. The equations make no sense and theoretical physicists are stumped. As one physicists states, "There are no bigger questions than this."

It means we don't understand anything.

It is God rubbing our noses in His Creation.

It is spelled out in the following video clip.


UPDATE:
That's just black holes, we also found out that we  know less than we thought about how the galaxies in the universe are flying apart, going faster and faster.

With the whir of a giant digital camera, the biggest mystery in the universe is about to become a bit less mysterious.

Fifteen years ago, the world of science was rocked by the discovery that, contrary to our notions of gravity, distant galaxies appeared to be flying apart at an ever-accelerating rate. The observation implied that space itself was stretching apart faster and faster. It was akin to watching a dropped ball reverse course, speed upward and disappear into the sky.

The discovery made many cosmologists — the scientists who probe the very nature of nature itself — acutely uncomfortable. For either our understanding of gravity is cockeyed, or some mysterious repulsive force — quickly and glibly dubbed “dark energy” — permeates the universe.

Now, after years of planning and construction, four new projects at telescopes in Chile, Hawaii and the South Pole are getting a handle on what, exactly, is doing this unseemly pushing.

Leading the way is the world’s most powerful digital camera, constructed at Fermilab, the Energy Department facility in Illinois. The $50 million Dark Energy Camera took a decade to plan and build, and it sports a resolution of 570 megapixels — about a hundredfold more pixels than a smartphone camera. Technicians installed it atop a telescope in Chile last year, and after initial jitters — the camera was so heavy it made the telescope jiggle — the camera has been “tested, tweaked and fine-tuned,” said Joshua Frieman, the Fermilab scientist leading the project, which has enlisted 120 scientists from 23 countries.

On Aug. 31, the big camera began snapping its way across a huge swath of the southern sky.