The Religion Of Peace And Homosexuality

Islam is very specific about punishment of homosexuals. Imams also lend a particular flavor to Islamic practices regarding homosexuality.

Here are a few verses from the Quran:

Kill Them With Stones


Quran (7:80-84) - "...For ye practice your lusts on men in preference to women: ye are indeed a people transgressing beyond bounds.... And we rained down on them a shower (of brimstone)" - An account that is borrowed from the Biblical story of Sodom. Muslim scholars through the centuries have interpreted the "rain of stones" on the town as meaning that homosexuals should be stoned, since no other reason is given for the people's destruction. (Inexplicably, the story is also repeated in suras 15:74, 27:58 and 29:40).


Quran (7:81) - "Will ye commit abomination such as no creature ever did before you?" This verse is part of the previous text and it establishes that homosexuality as different from (and much worse than) adultery or other sexual sin. According to the Arabic grammar, homosexuality is called the worst sin, while references elsewhere describe other forms of non-marital sex as being "among great sins."

Allah Forgives Homosexuals If They Repent


Quran (4:16) - "If two men among you are guilty of lewdness, punish them both. If they repent and amend, Leave them alone" This is the Yusuf Ali translation. The original Arabic does not use the word "men" and simply says "two from among you." Yusuf Ali may have added the word "men" because the verse seems to refer to a different set than referred to in the prior verse (explicitly denoted as "your women"). In other words, since 4:15 refers to "your women", 4:16 is presumably written to and refers to men.


Ayatollah Abdollah Javadi-Amoli of Iran said, in April of 2012, that homosexuals are inferior to dogs and pigs, since these animals (presumably) do not engage in such acts.

In November of 2012, a cleric on British television stated, "What should be done to those who practice homosexuality? Torture them; punish them; beat them and give them mental torture."

My take on all this is fairly simple. Homosexuality is a sin, much like other sins, except that it is a sexual sin. Sins of the flesh (adultery, fornication, homosexuality) are dealt with more severely in scripture as these sins involve the body, which is made in the image of God. Under the New Testament, which is a covenant of Grace, there is only one sin that God will not forgive, that is blaspheming the Holy Spirit (attributing the works of God to the devil). No where in the New testament will you find admonitions to kill, maim or hurt homosexuals.
Posted by sig94 at 8:05 PM 4 comments:

Thank God Eisenhower Was A Republican


Labour MP Jo Cox has been shot and killed in an attack in West Yorkshire today.

The 41-year-old mother of two was shot three times and stabbed just before 1pm in Birstall in her Batley & Spen constituency.

She was pronounced dead around an hour later, leaving her husband Brendan and two young children, aged 3 and 5.

Her assailant is claimed to have shouted ‘Britain First’ as he walked away from her lying in a pool of blood.

As for the use of a gun against this woman, look no further than Chicago or Detroit to see the efficacy of gun control legislation. The odds of a young black male getting shot in either of these two cities is about the same as a 19 yr old white male on Omaha Beach. Thank God Ike wasn’t a Democrat else we’d still be there.
Posted by sig94 at 3:00 PM 1 comment:

How has the government's public health initiatives to control sexually transmitted diseases worked out? Not so well.

Now they'll try their hand at how people handle firearms.

Apparently public health concerns are now a smoke screen for every liberal initiative meant to enslave us and to increase corporate profits. The following propaganda is from CNBC:


The massacre in Orlando spurred the American Medical Association on Tuesday to formally call gun violence "a very public health crisis," and say the organization will "actively lobby" Congress to end a funding ban on federal health research into the problem.

The move by the largest group of doctors in the United States, during a meeting in Chicago, came days after a gunman slaughtered 49 people and wounded 53 others at a gay nightclub in Orlando, Florida, on Sunday morning with a legally purchased .223-caliber Sig Sauer MCX semi-automatic rifle.

The article rambles on about "...approximately 30,000 men, women and children dying each year at the barrel of a gun..." without noting that more people are murdered by hammers each year than are killed by rifles.

In 2014 (the latest year for complete FBI homicide statistics) there were 8,124 people murdered by firearms and only 248 (3%) were killed with a rifle. There were 660 people punched or kicked to death that year and 435 killed with hammers and clubs. As semiautomatic "assault" rifles are but a small percentage of the rifle category, the AMA should be picketing Home Depot and Lowes instead of the NRA.

Over 68% of firearm murders were by handguns and most of these were blacks shot in urban centers where Democrat Mayors rule the roost and where highly restrictive gun control laws are in place.


[...]"Even as America faces a crisis unrivaled in any other developed country, the Congress prohibits the [Centers for Disease Control and Prevention] from conducting the very research that would help us understand the problems associated with gun violence and determine how to reduce the high rate of firearm-related deaths and injuries."

How many of these suicides were committed while the victim was under the supervision of a doctor/psychiatrist and taking proscribed medications? How many doctors profit from their association with proscription drug providers? How many doctors kill their patients with these drugs?

Antidepressant drugs such as Zoloft, Paxil and Prozac are known to increase suicidal thoughts as well as violent, aggressive behavior.


[...]Until now, the Food and Drug Administration's attention to the suicide risks of medications has focused on psychiatric drugs, such as antidepressants prescribed to youngsters. But this year, officials unexpectedly broadened their concerns to include a medication for asthma, drugs for controlling seizures and even one for quitting smoking. Those are medical conditions not usually associated with psychiatric disorders.

Several independent experts say the safety alarms point to a gap in the FDA's knowledge of how drugs affect the brain. Even if medications are intended for physical conditions, some drugs can have unforeseen consequences if they are able to enter the brain. A group at Columbia University has developed a method for assessing the suicide risks of drugs, possibly helping identify risks before a medication goes on the market. But the FDA only requires use of such assessments on a case-by-case basis.

Six of the largest pharmaceutical companies in the US spend between two and six million dollars a year on lobbying. How much of their lobbying is spent to ensure that the FDA only conducts pharmaceutical suicide assessments on a case-by-case basis rather than industry wide?
Posted by sig94 at 10:06 AM 1 comment:

Email ThisBlogThis!Share to TwitterShare to FacebookShare to Pinterest
Labels: Miscellaneous

What Do The Russians Know And When Did They Know It?

I wonder what the Russians know?


Reliable intelligence sources in the West have indicated that warnings had been received that the Russian Government could in the near future release the text of email messages intercepted from U.S. Presidential candidate Hillary Clinton’s private e-mail server from the time she was U.S. Secretary of State. The release would, the messaging indicated, prove that Secretary Clinton had, in fact, laid open U.S. secrets to foreign interception by putting highly-classified Government reports onto a private server in violation of U.S. law, and that, as suspected, the server had been targeted and hacked by foreign intelligence services.

The Russians invented the word "devious." What do they know about Hillary Clinton and her dealings as SecState? It's gotta be horrendous.

And with this (supposed) knowledge, why are they playing their hand in this fashion? I imagine that the Clinton Foundation plays an major role w/r/t o her tenure (follow the money, always the money) and that somehow Russian interests are put in jeopardy if Clinton wins the Presidency.

Or perhaps Russian interests were already compromised because of her actions as SecState? Maybe Putin just hates sloppy thighs and thick ankles?

The suspense is delicious.


Moscow’s discreet messaging about a possible leak of the traffic, in time to impact the U.S. elections, was designed to pressure faster U.S. legal action on the matter, but was largely due to Russian concerns about possible U.S. strategic policy in the event of a Hillary Clinton presidency.

The Rooskies don't trust her either. 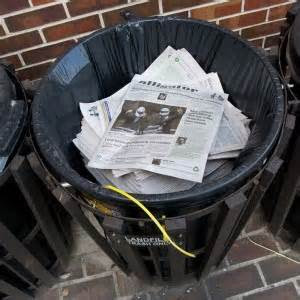 From the Washington Examiner:

Confidence in newspapers has hit an all time low in the latest Gallup survey, and TV news is also at a new low, the latest proof that Americans are losing faith in the media.

Gallup found that just 20 percent have confidence in newspapers, a 10-point drop in 10 years. TV news saw an identical 10-point drop, from 31 percent to 21 percent. 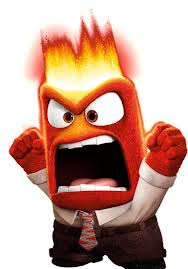 
In a surprising discovery, the Palm Beach Post first reported that according to state records, Orlando shooter Omar Mateen - who as we reported earlier was licensed as a security guard and also holds a firearms license - was employed by the US subsidiary of G4S plc, a British multinational security services company, whose US-headquarters are located in Jupiter, Fla, and which also happens to be the world's largest security company by revenue.


The security company that employed Orlando nightclub shooter Omar Mateen also is a federal contractor for the Homeland Security and State departments -- raising more questions about how he passed background checks despite being on the FBI’s radar screen and the level of security at a firm handling sensitive U.S. operations.


The Fort Pierce Islamic Center, where Mateen worshipped several times a week, was under investigation by both the FBI and DHS as early as 2011 for ties to a worldwide Islamic movement known as Tablighi Jamaal which was linked to several terrorist organizations.

But the investigation was shut down under pressure from the Clinton-ran State Dept. and DHS’s Civil Rights and Civil Liberties Office out of fear of offending Muslims, according to recently retired DHS agent Philip Haney.

Email ThisBlogThis!Share to TwitterShare to FacebookShare to Pinterest
Labels: Government Incompetence, In The News

This is not a tragedy, this is an outrage.
If nothing else, this will get Trump elected.

'Islamic extremist' Omar Mateen, 29, from Florida, shoots dead at least 50 at Florida gay club after bursting in 'wearing a suicide vest' and taking hostages - injuring a further 53 - before he is killed.


You can bet these sons of bitches are celebrating in Gaza and Islamabad.

Look for the dems to not let this crisis go to waste. Calls for total gun confiscation in 3, 2, 1...

How tossing out all gun restrictions for the general population for starters and then tight border control followed up by Muslim deportation to clean out the rats nest of murderous heathens?
That'll work.
Posted by sig94 at 10:46 AM 3 comments: