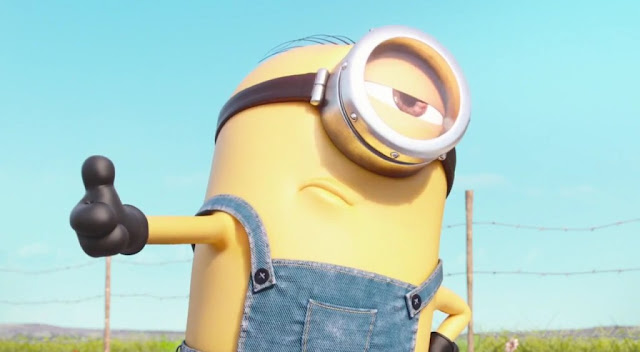 The wife and I went out with some friends this evening and saw the movie, "Minions." I laughed my ass off. This is a funny movie, a good time.
Posted by sig94 at 10:27 PM 2 comments:

Now We Can Blame Bush

Four Marines are murdered and people are wondering after the Fort Hood massacre, why our military people are not permitted to carry firearms while on duty. The answer isn't pretty.

Yes, it's former President Bush whom we must thank for this, for it was he who put into place a regulation stating that American soldiers off the frontlines, for the most part, must be unarmed. (Clinton perpetuated it, but Bush started it.) That makes them sitting ducks for a single radical Muslim with a gun, who can casually go and shoot one soldier at a time, knowing they can't fire back.


Yes, President "Read My Lips" signed the orders delivering our armed forces into the hands of murderers. You can read the directive here.


It appears this “gun-free zone” type policy can actually be traced back to Department of Defense (DoD) Directive 5210.56, signed into effect in February 1992 by Donald J. Atwood, deputy secretary of defense under President George H.W. Bush. The controversial directive states that “it is DoD Policy” to “limit and control the carrying of firearms by DoD military and civilian personnel.”

Got My Quals Done

I went out yesterday morning with some detectives and qualified with my Mod. 30, my new .380 and also a Remmie 870 shotgun. I haven't done a lot of shooting the past three years, what with surgeries and all, so I was pretty rusty. Luckily it came back quickly and I did well for an "old" guy. We had two ex-SWAT instructors on the range and they did a fantastic job with some live fire training scenarios that truly get you thinking how to react in different situations.

It's been several decades since I was in a position where gun play was imminent and the tactical training has changed. It was fun and instructive. We use segmented 12 ga. ammo that is awesome. It's a 1600 fps slug that is accurate (rifled barrel) up to 100 yards.

There was a minor problem ... I was on my feet for over three hours and experienced some instability/pain in my left knee, the most recent replacement. Walking a bit seemed to relieve it somewhat, standing for long periods is bothersome. This morning it was fine, thank the Lord. No swelling.

I really like the S&W Bodyguard 380 even though it is double action only. I put about 60 rounds through it; the trigger pull is very smooth, the release is fairly crisp (could be better) recoil isn't bad at all and even with a short barrel the accuracy is good up to 15 yards. I didn't bother taking it out to 25 yards as I look at this as a belly gun, close range only. I'm thinking about getting my wife one. The detectives also are issued .380's, the Glock mod. 42. It's a little bigger than the S&W but from what I could see, my Smith shot better, tighter groupings.

I like that it has an active safety, none of the passive safety mechanisms that Glock uses. If you're gonna stick that Glock in your pocket, you'd better have a holster that completely covers the trigger guard.

Does anyone use 90 grain Fiocchi JHP ammo?

Heard It In A Love Song


Needed warriors are now being purged from the U.S. military. If America went to war right now with China or Russia, we could lose because of these purges. We’re losing top-level warrior-leaders to make the crucial differences in battle. They’re being systematically drummed out as politically incorrect. When the going gets tough, political correctness (PC) is useless. Then the brilliant, wily fighters, the coolest heads, the most courageous warriors, are needed to lead regardless of social views or record.

Today, in large measure, our fighting forces are led by briefcase-carrying busybodies, yes-men more interested in enforcing political beliefs and social change than leading in battle. They care more about their careers than what’s happening to the military and thus the country. Just last week, a new downsizing of the army was announced – without a protest.

Warriors are not prized. They are criticized and ridiculed.

Brig. General Caitlyn Jenner - how does that sound?
Posted by sig94 at 8:03 AM 5 comments:


Addiction is not a disease. It’s simply a nasty habit, says neuroscientist Dr. Marc Lewis, himself a longtime addict and professor of developmental psychology, in his new book, “The Biology of Desire.”

[...]The disease theory has powerful forces behind it, has money behind it. Perhaps most important, it has a comforting thought behind it. Hey, it could happen to anyone. You’re not a morally flawed individual if you catch the flu, are you? We don’t think of people with autism, “They could beat it if they tried.”

Addiction-as-disease is in some ways a thoroughly American idea. It ties together how we approach medicine (with a precisely defined target and a definitive program to fight it) and our proudly tolerant spirit in which being judgmental is seen as a kind of vice. Plus it opens up profit opportunities from sea to shining sea.

If addiction is a disease, though, why do most addictions end spontaneously, without treatment? Why did some 75% of heroin-addicted Vietnam vets kick the drug when they returned home?

What do you think?

I was addicted to nicotine for over thirty years. I quit smoking overnight - it just took a bit of prayer and a heart attack to motivate me.
Posted by sig94 at 7:40 PM 4 comments:

A Sudden Attack Of Freedom

I was  minding my own business, hardly a care in the world this afternoon when I left work. A beautious day, 87 degrees, blue skies. moderate humidity and my Explorer was running flawlessly (as usual).

A bit of downtown traffic as I left the Courthouse, but nothing out of the ordinary. After a minor delay I hopped on the interstate and headed west.

Got off a few miles past my usual exit so I could gas up. About seventeen gallons later and $43 lighter I exited the pumps and headed - no - not east - not back to the homestead.

No, no; I headed west, due west where a young man's fancy and a senior citizen's yearning for a new pistol awaited me. I had both - the fancy, the yearning... and some cash.

This was not unexpected. I felt it stirring for the last two weeks - sloooowly mounting like a a warm, seething tsunami of liberty. It overcame my natural resistance to large purchases while I was at the pumps. Slamming gasoline into my 16 mpg guzzler was also a manifestation of freedom; I drive the Explorer because I really like it, it suits me and even if it's almost eight years old I still enjoy the crap out of it. I almost didn't need to steer it. It headed west as if it knew.

Seven minutes later I was pulling into my buddy's gun shop. Tim is a retired cop who opened up a gun shop about twenty years ago. I already knew what I wanted -  a S&W Bodyguard in .380.  Of course he had just what I wanted plus lots of ammo and an inside-the-pocket holster. The holster is a perfect fit, just tight enough to contain the pistol and loose enough so that it doesn't follow the gun when you withdraw it. 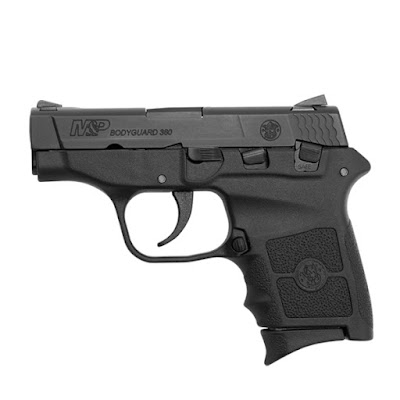 I wanted a smaller, "summer" concealed handgun like I used to carry before I retired. Back then I carried a Beretta Jet Fire .25 cal as a belly gun when I was in shorts and tees. It was the most inaccurate handgun I ever fired but I couldn't afford better. This time I wanted something better and this time, thank the Lord, I was able to afford it.

I didn't buy this on a whim. I researched about ten different pistols in .380 and liked what I read about the S&W. For the price (Tim gave me his usual discount) I couldn't resist it. When freedom strikes you gotta go with it.