Email ThisBlogThis!Share to TwitterShare to FacebookShare to Pinterest
Labels: Technology, US Navy

Trump comes out with a very strong, supportive position on 2nd Amendment rights. From The Conservative Tribune:


“The Second Amendment to our Constitution is clear. The right of the people to keep and bear Arms shall not be infringed upon. Period,” the position paper began.

Trump went on to explain that the right to keep and bear arms is a right that pre-exists both the government and the Constitution, noting that government didn’t create the right, nor can it take it away.

He also rightly denoted the Second Amendment as “America’s first freedom,” pointing out that it helps protect all of the other rights we hold dear.

In order to protect and defend that right, Trump proposed tougher enforcement of laws that are already on the books, rather than adding new gun control laws.

The complete position paper is here on his website.
Posted by sig94 at 1:30 PM 3 comments:

Welp, the bathroom and living room are done.

The Barbi Bathroom Before - 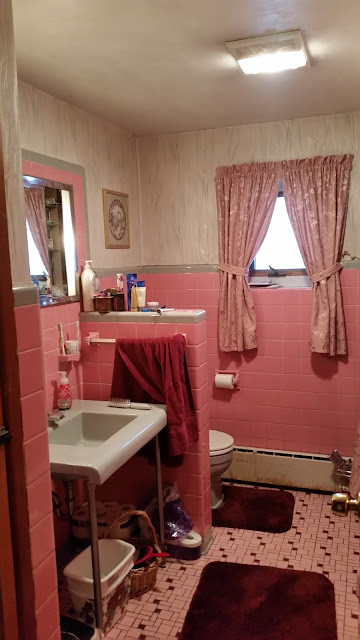 During and After- (oops, forgot to include new pics) 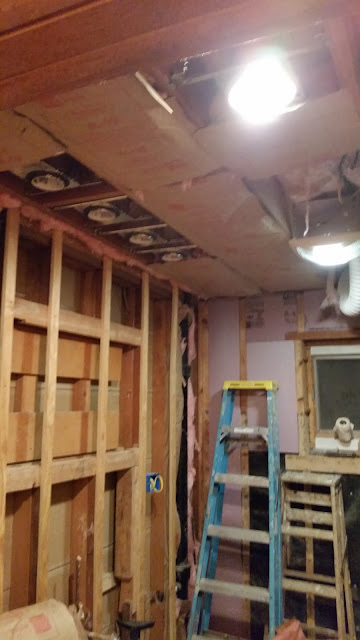 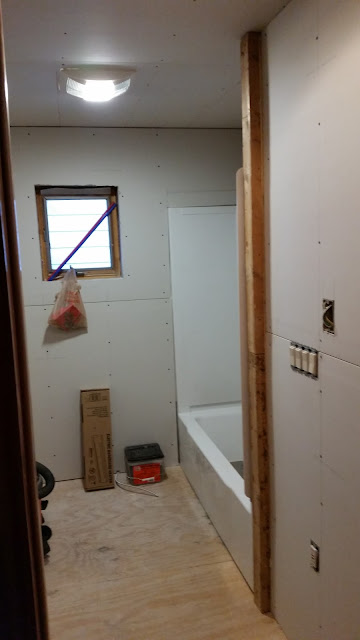 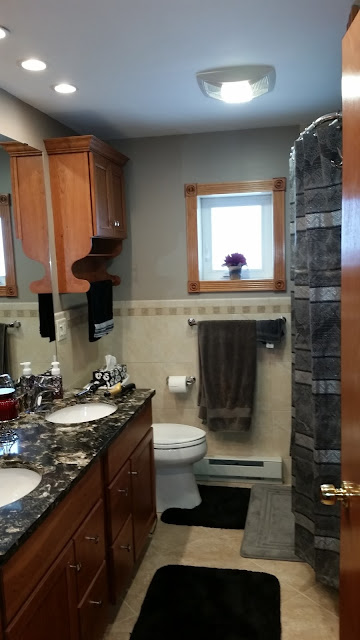 And Just As They Were Turning Their Lives Around...

Biggest bust in NYC history. Close to 700 NYPD cops and federal law men take down two rival street gangs in a Bronx housing project. Unfortunately this will do little or  nothing in the long term. They just created a vacuum that will be filled in short order. I've seen this happen with other RICO busts. There may even be a spike in shootings as other wannabees struggle for dominance and as other gangs move in.


NEW YORK – Law enforcement rescued a Bronx housing project with the biggest takedown in New York City history and now, officials are investigating whether the city's 400,000 public housing residents were being protected in safe conditions as required by federal law, a federal prosecutor announced Wednesday.

By late afternoon, 88 individuals were in custody and more were sought in what Bharara described as the biggest gang takedown ever in New York City. The arrests stemmed from charges brought against 120 gang members.

Springtime in Texas is truly something else. We got into San Anglo late Tuesday night, rested up Wednesday and then drove to San Antonio on Thursday. We got there in the midst of their annual fiesta celebrating another celebration called the Battle of the Flowers. It's a gigantic parade with vendors, thousands and thousands of people everywhere, bands, restaurants and of course the Alamo. And the food. Good grief.

The San Antonio River Walk is extraordinary. Our favorite restaurant is a place called Boudro's. On Thursday I had their Shrimp and Grits which was outstanding... and the best bread pudding evah. I had steak the next night. 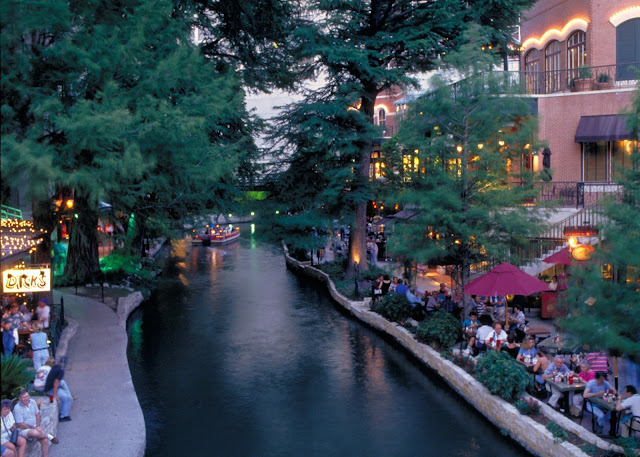 Boudro's is on the right bank of the canal.

We went to a dueling piano bar called Howl at the Moon that night. The pianists put on quite a show. The next day was more shopping and gawking. My pins aren't the best since my knees gave out and even with the replacements, to walk as much as I did those two days was quite a chore.

We left San Antonio on Saturday and stopped at Fredericksburg on the way back to San Angelo. The girls went shopping while my son-in-law Wayne, my daughter's boyfriend, Rick, and I went to the Pacific War Museum. Adm. Nimitz is from Fredericksburg and there are three museums that cover his life and WWII.  We just saw the Pacific War Museum but it was extremely interesting.

We also stopped at the Wildseed Farms and saw acres and acres of red poppies and bought some flower seeds. Now if the deer will only let them grow. 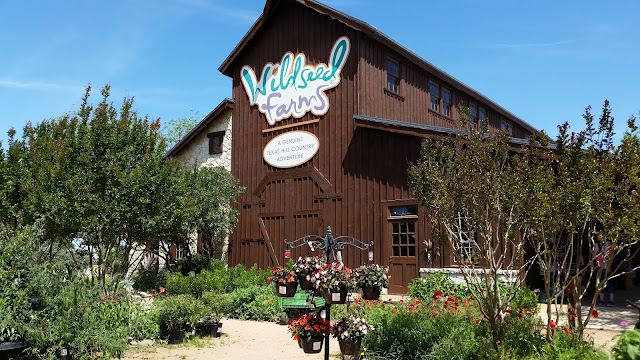 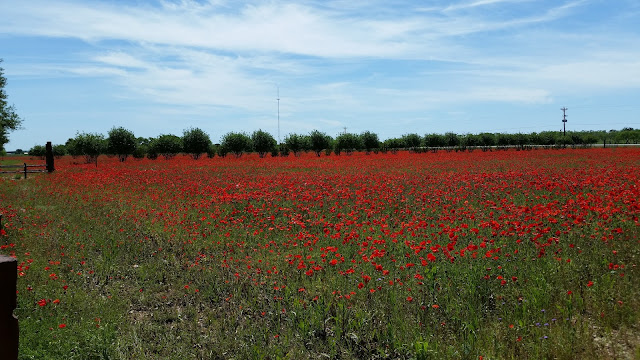 Red poppies almost as far as the eye could see. It went on for several hundred yards beyond the camera range. They had all sorts of beautiful garden plants.

We went to church on Sunday morning and afterwards, off we went to the gun range. It's Texas, doncha know. 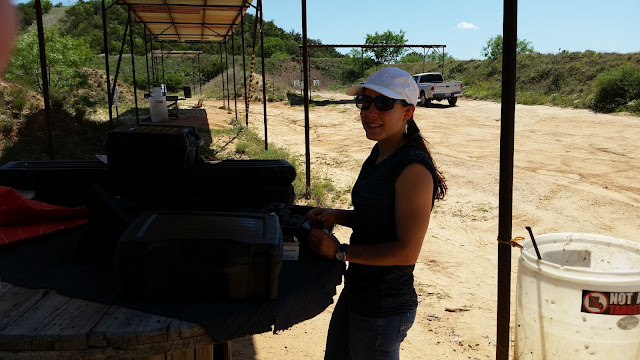 Danielle bought her Sig Sauer and her Glock. Her boyfriend, Rick, is also an E6 and a big Sig Sauer guy, he had five of them. I shot them all. It was like 9mm heaven. Okay, he also had a Sig .45 1911 which I adored (got me thinking about another pistol acquisition!).  Another Sgt. from their unit met us at the range and brought his collection of firearms with him.Throw in a shotgun, an AR15, a WWII M1 Garand (made in 1944), a 22 cal. MP5 and another 22 cal. single action cowboy revolver and my day was complete. 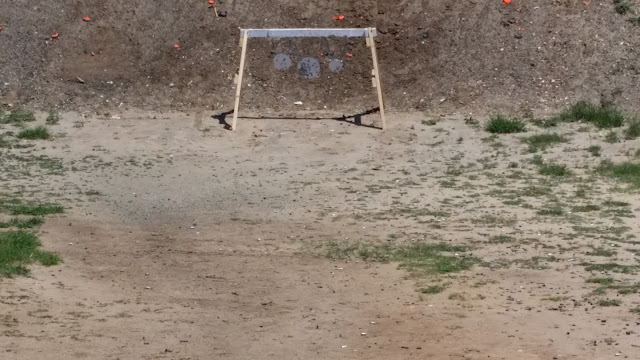 Rick made his own steel plate targets; goes "ping" when ya hit 'em and the 6" plate dances.

Unfortunately I started a head cold Monday night and by Tuesday night it was in full bloom. We left Wednesday morning at 0436 and the day was a blur. Little sleep for almost a week and the cold meds kept me groggy. Then three flights to get home fraught with delays because of bad weather. We got home at 1800 and I dropped onto the couch at 1830; woke up at 2130. Back to bed at 2330. Felt better this morning.

It was a truly great vacation. The weather was great, mid to upper 80's every day and it only rained at night. Hardly a cloud in the sky. Just beautiful. We got back to dreary Syracuse - clouds and low 50's. Had to put my sweats back on this morning after a week of shorts and t-shirts.

As I mentioned in the previous post, Danielle is leaving the Army next January and is trying to join a National Guard unit in Kentucky. Rick is also pondering whether or not he will stay. They are both Arab linguists, their MOS is no longer in demand (actually overstaffed in the Army's estimation) and positions are being cut. From what they are going through, it appears that the Army is trying to get rid of them. Both Danielle and Rick have 8 years of service with two deployments to Afghanistan apiece. Rick has a Purple Heart. These are the people you'd think the Army wants to keep.
Posted by sig94 at 7:31 PM 3 comments: