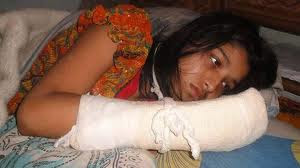 A jealous husband is facing life in prison after chopping off his wife's fingers because she began studying for a degree without his permission.

Rafiqul Islam, 30, blindfolded his wife Hawa Akhter, and taped her mouth, telling her he was going to give her a surprise present.

Instead he made her hold out her hand and cut off all five fingers. One of his relatives then threw Ms Akhter's fingers in the dustbin to ensure doctors could not reattach them.

This occurred in the Islamic Paradise of Bangladesh.

Sure, let's keep the immigration gates wide open for these people.
Posted by sig94 at 9:59 AM 9 comments:

Tear up the Constitution and set a torch to the Capitol. Obugger has declared himself to be all three branches of the government rolled up into one corrupt little pisspot.


"Where Congress Is Not Willing To Act, We're Going To Go Ahead And Do It Ourselves"


In an interview with KOAA-TV, a local news channel from Colorado Springs, Colorado, President Obama says if Congress is not willing to pass legislation he wants, he will do it himself in order to win another term. Read the transcript below.

Rob Quirk, KOAA-TV: "And one year from today we will know if this a one-term or two-term president. So, I asked the president what will it take from now until then to not only win Colorado again, but reelection as well."

President Obama: "Well, what we're going to have to do is continue to make progress on the economy over the next several months. And where Congress is not willing to act, we're going to go ahead and do it ourselves. But it would be nice if we could get a little bit of help from Capitol Hill." 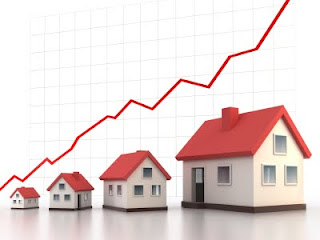 As the old adage goes, "Figures Don't Lie, But Liars Never Figure ... They Use Models."

Whether it's global warming, public support for the Occupiers or the housing market, people are quick to use flawed models on which to base their recommendations/findings, particularly when it involves your money. This way, instead of being accused of lying, they are merely using the wrong model ... oopsy! ... and then say they will correct the model after screwing around with the lives of millions of people. It's a great way to avoid responsibility and criticism; after all, who ever lost their job because they used the wrong model? Hey, we flunked math!

Data on sales of previously owned U.S. homes from 2007 through October this year will be revised down next week because of double counting, indicating a much weaker housing market than previously thought.

The National Association of Realtors said a benchmarking exercise had revealed that some properties were listed more than once, and in some instances, new home sales were also captured.

That's how you determine the reliability of a model, you benchmark it. But you design the benchmark tests and run them prior to verifying that the data model is accurate and then using it. Not here, they waited ten years (they use census data) to find out that it's crap; now they can blame Bush.

"All the sales and inventory data that have been reported since January 2007 are being downwardly revised. Sales were weaker than people thought," NAR spokesman Walter Malony told Reuters.

"We're capturing some new home data that should have been filtered out and we also discovered that some properties were being listed in more than one list."

So how bad was their model? It was off by as much as 20%. That moves the Suck Meter right into the red zone.

Early this year, the Realtors group was accused of over counting existing homes sales, with California-based real estate analysis firm CoreLogic claiming sales could have been overstated by as much as 20 percent.

[...]The depressed housing market is one of the key obstacles to strong economic growth and an oversupply of unsold homes on the market continues to stifle the sector.

Malony said the Realtors group had developed a new model that would allow frequent benchmarking instead of waiting 10 years for the population Census data to revise their figures.

And this model will come online just in time to blame the new screwed up economic projections on the new Republican administration that takes over in 2013...

Gone, But Not Forgotton 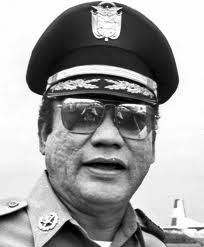 Especially by law enforcement officials in three different countries. But let's face it, you'd require a frontal lobotomy in order to forget acne scars like that. He  looks like someone set his face on fire and put it out with an up-armored Caterpillar D9.

He took off from Paris' Orly airport early on Sunday morning, transferring at Madrid's Barajas airport to a flight to Panama City.

He is expected to be taken to prison once he arrives in Panama, having been convicted in absentia of crimes during his 1983-89 rule.

The 77-year-old has already spent more than 20 years in French and US prisons.

Couldn't have happened to a nicer guy. I miss the days when we had people running the US government who wouldn't take crap from petty dictators. Now we have petty dictators like Obama and Holder running our government. Lord willing, they'll suffer a similar fate starting in 2013.

Although he was never president, General Manuel Noriega served as Panama's de facto leader between 1983 to 1989.

Noriega faces 20 year jail terms upon his arrival in Panama Once a US ally, he was arrested by invading American troops in January 1990, amid allegations he had turned the Central American nation into a drug-trafficking hub.

He spent 20 years in prison in the US after being convicted there of the charges.

In 2010, he was extradited from the US to France, where he had been convicted in absentia of laundering money from Colombian drug gangs through a French bank to buy property in Paris.

He received a seven-year jail sentence from the French court.

In Panama itself, he faces three 20-year jail terms for crimes committed during his rule, including the murders of political opponents.

Upon his arrival in Panama City, Noriega is expected to be taken by helicopter to El Renacer prison, north-west of the capital and close to the Panama Canal.


France convicted Noriega and his wife, Felicidad Sieiro de Noriega, of laundering $7 million in drug proceeds by using French banks. His wife lives in Panama but has not been charged. His daughters Sandra and Thalia are kinda hot. I wonder how much of their current life style was financed through the nostrils of American crackheads? 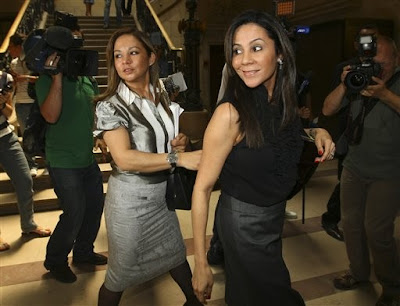