Listen To Your Dad

It may very well be a tempest in a small to middling-sized teapot, but it is getting interesting.

Quentin Tarantino's father, actor Tony Tarantino, became a member of the NYPD PBA in protest at his son's actions.


Add another bellow from the police unions condemning director Quentin Tarantino and his movies, plus a slap from his own father, amidst continuing deafening silence from the Oscar-winning filmmaker.

"I love my son and have great respect for him as an artist but he is dead wrong in calling police officers, particularly in New York City where I grew up, murderers," said actor Tony Tarantino in a statement released Friday by the New York Police Patrolmen's Benevolent Association.

"He is a passionate man and that comes out in his art but sometimes he lets his passion blind him to the facts and to reality."

Police unions in New York, Philadelphia and Los Angeles have already called for a boycott of Tarantino films — his latest, The Hateful Eight, lands on Christmas Day — and now the New Jersey State Police Benevolent Association has joined the shame-on-Tarantino chorus.

Email ThisBlogThis!Share to TwitterShare to FacebookShare to Pinterest
Labels: music, The Shirelles

Three large police unions are manifesting their displeasure with the actions of movie producer Quentin Tarantino by calling for a boycott of his latest movie.


A third major police union has added its voice to calls for a boycott of Quentin Tarantino’s movies, after the Oscar-winning film-maker spoke at a rally against police brutality in New York.

John McNesby, president of the Philadelphia Fraternal Order of Police Lodge 5, said the organisation had voted unanimously to join the protest. Patrick Lynch, president of the Patrolmen’s Benevolent Association in New York, first mooted the boycott on Monday and has since also received backing from the Los Angeles Police Protective League.

“Tarantino has shown through his actions that he is anti-police,” McNesby said in a statement. “Mr Tarantino has made a good living through his films, projecting into society at large violence and respect for criminals; it turns out he also hates cops.”

Tarantino joined three days of protests in New York last week organised by Rise Up October, a group opposing police violence and what organisers call a “genocidal assault on black and Latino people in this country”. Police unions have criticised the film-maker for appearing at the rally and labelling killings by police as “murder” a week after NYPD officer Randolph Holder was fatally shot in the city.

Tarantino has also received criticism from conservative commentators such as Fox News’s Bill O’Reilly, who said the film-maker had “ruined his career” following the remarks. The Pulp Fiction director, whose new film The Hateful Eight debuts in the US on Christmas Day, has not responded to talk of a boycott.

Historically, boycotts of popular movies generally do not work. [As this movie will not be released until Christmas, the author of the article cannot know if it will be popular or not ~sig94]

As they say; bad publicity is better  than no publicity. I wonder if he spoke as he did hoping to provoke this reaction?
Posted by sig94 at 4:57 PM 1 comment:

Can't You See That She's Mine

I Left My Heart In San Francisco 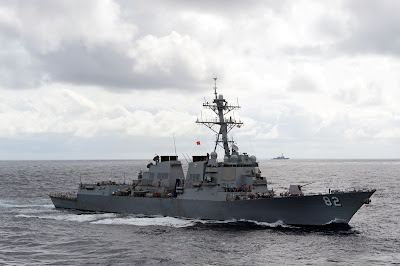 Apparently the Chinese interpret international law in different ways depending on where the water is.
Posted by sig94 at 6:37 PM 1 comment:

It Hurts To Be In Love

These Hollywood types don't get it. All they have to do is say words that they tell you to say, cash the checks, buy the mansions, the yachts and diamond watches and keep their mouths shut. But that's too hard to do.

They cost their people millions.