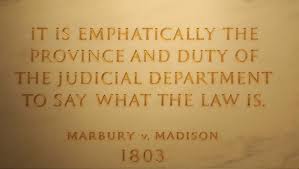 Obama, your inner thug is showing.

In language that barely concealed a threat, the President has warned the United States Supreme Court not to perform a constitutional mandate.


I think the American people understand and I think the justices should understand that, in the absence of an individual mandate, you cannot have a mechanism to ensure that people with preexisting conditions can actually get health care.  So there's not only an economic element to this and a legal element to this, but there's a human element to this.

And I hope that's not forgotten in this political debate.

I'm confident that the Supreme Court will not take what would be an unprecedented, extraordinary step of overturning a law that was passed by a strong majority of a democratically elected Congress.

Now you know why his records, everything he has ever written at Harvard Law School, are sealed. The man is a Constitutional idiot as well as a thug. What is Obama going to do? Break Scalia's legs?

Obama was an alleged constitutional law professor; he taught on the subject and he is so wrong on so many levels in the statement he made yesterday. We simply have got to take a long, hard look at his law school records to see just what kind of constitutional lawyer he says he is.

First of all, the US Supreme Court is involved in a Constitutional debate regarding the issue of wether or not the federal government can force a citizen to purchase a service. This is not a political debate. That's why it is taking place in the highest court in the land and not in a locker room or neighborhood tavern.

Second, since 1789, the US Supreme Court has overturned over 150 laws passed by Congress. According to the GPO (Government Printing Office):


(CBS News) In the escalating battle between the administration and the judiciary, a federal appeals court apparently is calling the president's bluff -- ordering the Justice Department to answer by Thursday whether the Obama Administration believes that the courts have the right to strike down a federal law, according to a lawyer who was in the courtroom.

The order, by a three-judge panel of the U.S. Court of Appeals for the 5th Circuit, appears to be in direct response to the president's comments yesterday about the Supreme Court's review of the health care law. Mr. Obama all but threw down the gauntlet with the justices, saying he was "confident" the Court would not "take what would be an unprecedented, extraordinary step of overturning a law that was passed by a strong majority of a democratically elected Congress."


Will someone please give this idiot in the White House a Marbury vs. Madison enema?
Posted by sig94 at 8:14 PM 16 comments:

What Do You Expect? 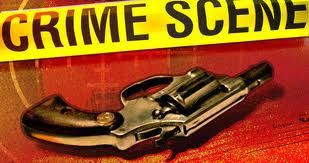 The race pimps have been hard at work ever since Trayvon Martin met his demise at the hands of your friendly neighborhood watchman. It's a shame that their attention doesn't include some of the following:
Two weekends ago in Chicago:


Ten killed and forty wounded in one of the most violent Chicago weekends in recent history.

A rare testimony to the efficacy of strict gun control laws. Bravo Chicago!

The wind in the Windy City is being caused by people running away from gunfire.


One dead and eight wounded in overnight shootings. Police report that nine people were shot between 11:10 p.m. Saturday and 5 a.m. Sunday.


Violence has erupted in Detroit. Since 6 a.m. Friday 16 people have been shot, 7 of those are now dead, and the Detroit News reports that police are scrambling to curb the bloodshed which has put the city on pace for 350 murders this year. 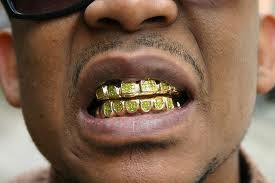 Then just a few weeks ago Detroit shows the 2012 Golden Gang Banger Award Selection Committee that it is serious in passing the reins to a new generation of murderous thugs:


Three teenagers, all between the ages of 14 and 15, have been charged in two separate incidents involving a mother shot to death in her own home and a six year old child killed in the cross fire of a carjacking spree.

Not satisfied with their most recent triumph, just a week later, Detroit dares to push the envelope again:


A nine-month-old boy is shot as he slept after a fight over the seating arrangements at a baby shower. Thirty-seven rounds from an AK-47 were fired into the home, killing the child.

Detroit is the city to watch as they have definitely upped their game. But both Detroit and Chicago need to keep an eye on an up and coming underdog during this March Murder Madness.


A shooting rampage at a Miami-Dade wake where one member of a gang touched the deceased and a member from another gang took offense. Two people were killed and twelve others were shot in this outbreak of mayhem outside the funeral home.

This Darwin Award funeral was for twenty-one year old Morvin Andre who plunged to his death from the fourth floor of a parking garage while trying to evade arrest for petite larceny.

Now the good news; Morvin was successful as no charges were filed and he got to keep the bag of Skittles.
Posted by sig94 at 10:31 AM 4 comments: