Frick Meet Frack, Better Yet Talk To Each Other! 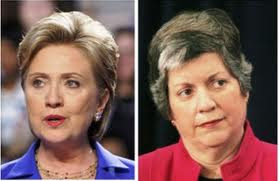 The only reason there can be to pay taxes is so the government can go about it's business of responsible governing. Taking care of bidnez so to speak in a manner that promotes unity and public confidence. Unless you're talking about Homeland Security where your ninety year old gramma goes to get felt up and child molestors thrive. Now with the 10th anniversity of the World Trade Center outrage (this was not a tragedy, like Pearl Harbor was not a tragedy) almost upon us, it is no time for mixed messages from the same folks who are allegedly working to keep us safe.


U.S. issues worldwide 9/11 travel alert to Americans
WASHINGTON - The U.S. State Department on Friday issued a worldwide travel alert ahead of the 10th anniversary of the 9/11 attacks, calling on Americans living and travelling abroad to remain vigilant.

The department said it had not identified any "specific threats" about possible attacks but that al-Qaida and its affiliates had "demonstrated the intent and capability to carry out attacks" against the U.S. and U.S. interests.

"In the past, terrorist organizations have on occasion planned their attacks to coincide with significant dates on the calendar," the State Department said.

So in simple terms the State Department says we'd better increase the pucker factor, yes?
No.


Napolitano: no 9/11 anniversary Qaeda plot seen WASHINGTON (Reuters) - Homeland Security Secretary Janet Napolitano said on Friday there was no credible intelligence that al Qaeda was plotting an attack for the September 11 anniversary, but the United States remained at a heightened state of vigilance. Security officials are being especially watchful as the 10th anniversary of the September 11 attacks approaches. Al Qaeda was responsible for the attacks in which hijacked planes were rammed into the Twin Towers in New York, struck the Pentagon, and crashed into a Pennsylvania field. 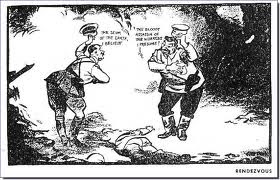 The Soviet Union rolled into eastern Poland on 17 September 1939 in accordance with secret protocols specified in the 1939 Nazi-Soviet Non-Aggression pact.

By October, the last organized Polish resistance had crumbled.
Soon, night had fallen over all of Europe.
Posted by sig94 at 6:50 PM 4 comments:

You pays your money, you takes your choice.

We Still Can Dream 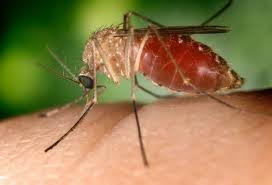 Scientists are reporting that there has been a dramatic decline in mosquito populations in areas of Africa that is not attributable to mosquitop control measures. This has also meant a dramatic drop in the number of malaria infections which is incredibly good news.

Malaria-carrying mosquitoes are disappearing in some parts of Africa, but scientists are unsure as to why.

Figures indicate controls such as anti-mosquito bed nets are having a significant impact on the incidence of malaria in some sub-Saharan countries.

But in Malaria Journal, researchers say mosquitoes are also disappearing from areas with few controls.

They are uncertain if mosquitoes are being eradicated or whether they will return with renewed vigour.

Data from countries such as Tanzania, Eritrea, Rwanda, Kenya and Zambia all indicate that the incidence of malaria is dropping fast.

Researchers believe this is due to effective implementation of control programmes, especially the deployment of bed nets treated with insecticide.

But a team of Danish and Tanzanian scientists say this is not the whole story. For more than 10 years they have been collecting and counting the number of mosquitoes caught in thousands of traps in Tanzania. In 2004 they caught over 5,000 insects. In 2009 that had dropped to just 14.

I wish we could report the same thing happening to politicians with a concomitant decline in corruption and rampant socialist legislation. 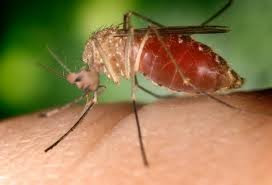