These are difficult times we live in. Personally, I believe that we are experiencing what Noah felt just before the Flood, that men are doing whatever they want, people do what is right in their own eyes and completely disregard the rule of law.

That's what happened in Baltimore.


Whether it was politics of public pressure, we may never know for sure what led State’s Attorney Marilyn Mosby to file charges against six innocent police officers in response to the death of Freddie Gray. For whatever her reasoning was, leaked text messages now show that those charges were going to be filed, regardless of the outcome of the investigation.


This is going to cost the taxpayers of Baltimore a huge chunk of cash. Not only will the cops sue, but the police union spent hundreds of thousands defending the six cops. The union had to raise its dues in order to meet those expenses. In addition, the cops have dialed down their aggressive anti-crime actions; Baltimore now has a homicide rate that is spiraling out of control.

The inner city residents got exactly what they want and now they don't want it..


The malicious prosecution of the six officers withstood the scrutiny of the Grand Jury. The Grand Jury upheld the charges but they were not provided with all of the factual information on the case. The lead investigator on the case, Detective Dawnyell Taylor, says she was pressured by the prosecutor to provide information from a 4-page typed narrative, which appeared to be intentionally misleading. In an article published in June by The Baltimore Sun, Taylor was quoted as saying, “As I read over the narrative it had several things that I found to be inconsistent with our investigation.” She went on to say that she was handed the pre-printed narrative just prior to testifying at the grand jury.

It is unethical for the prosecution to provide a statement to a witness in a criminal trial, and many cases have been dropped for far less.

My youngest daughter moved to New York City this year in order to get a job in the fashion industry. She got the job and is now living in the Williamsburg section of Brooklyn.

Brooklyn.
The problem with Brooklyn is that there are over 2.6 million people living there and even a low percentage of idiots is still a fairly large number. And so of course they elected an idiot as District Attorney. What is wrong with this cheapskate?


There’s no such thing as a free lunch — unless you’re Brooklyn District Attorney Ken Thompson.

The food-grubbing district attorney has agreed to pay a $15,000 fine to settle charges that his security detail bought him lunch weekdays for five months after he took office and then had taxpayers reimburse them, the city Conflicts of Interest Board revealed on Wednesday.

The dishes they fetched included sandwiches, bagels, burgers, chicken and salmon, according to a source familiar with his preferences.

“They didn’t know if they were going to get the money back,” said one source.
Thompson admitted in a settlement statement that his cops were eventually paid back with taxpayer funds with “authorization” by his fiscal office. 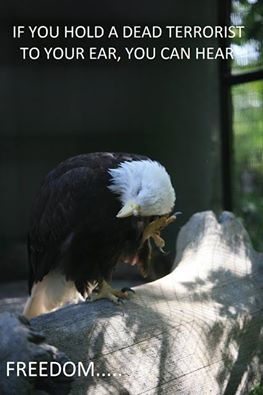 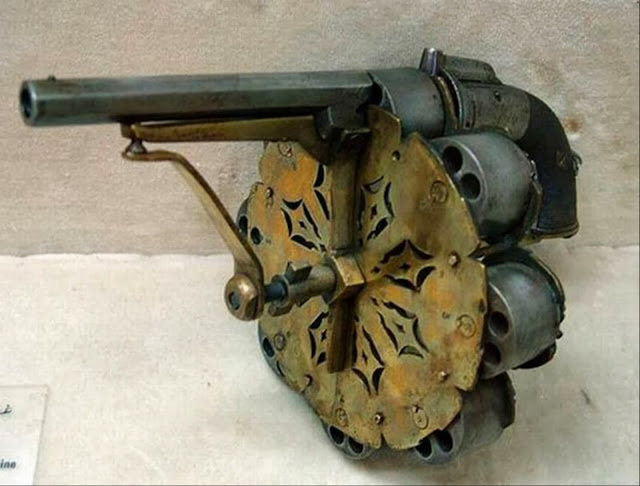 Someone spent a lot of time figuring this one out.
Not sure if it worked.
Wouldn't want to be the first one to test this.
Posted by sig94 at 6:00 PM 3 comments:

Email ThisBlogThis!Share to TwitterShare to FacebookShare to Pinterest
Labels: Firearms 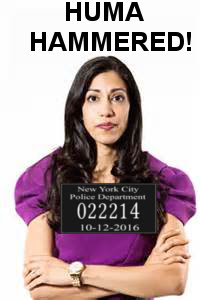 I Need To See This As A NY Post Front Page


The Clintons and their cohorts are nothing but a rolling RICO/Terrorism investigation.

If J. Edgar instead of J. Comey were FBI Director, their heads would be staked out in front of the Washington  Monument. Nobody messed with J. Edgar, especially when he was wearing chiffon.

"In more than a dozen email exchanges, Abedin provided expedited, direct access to Clinton for donors who had contributed from $25,000 to $10 million to the Clinton Foundation.

An Islamic journal where Huma Abedin, Hillary Clinton's top aide, was assistant editor published an article accusing Jews of 'working the American political system' – and being aided by the 'memory of the Holocaust'.

Abedin, who is vice-chair of Clinton's 2016 presidential campaign, spent 12 years as an assistant editor for Journal of Minority Muslim Affairs.

Her mother, Saleha Mahmood Abedin, is the journal's editor-in-chief and has been accused of espousing the views of the Muslim Brotherhood through the publication.

Huma Abedin's brother, Hassan, is an associate editor and her sister, Heba, is an assistant editor. 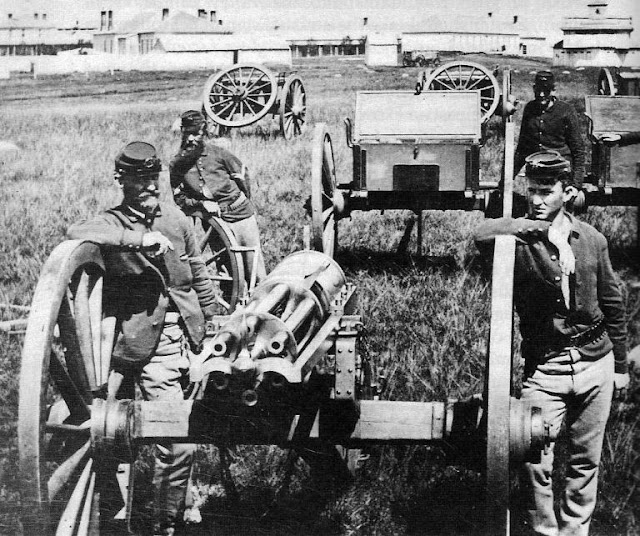 In April 1861, Richard Jordan Gatling watched hundreds of Union soldiers march through Indianapolis, ready to ride the rails to the front. In the opposite direction came a never-ending stream of badly wounded men, to say nothing of those who lost their lives. Gatling set about inventing a 'labor-saving device for warfare' that he hoped would minimize the number of men needed to fight a war, and thus minimize the number of men exposed to its horrors.

Working throughout the summer of 1861, Gatling developed the invention that would carry his name though history: the Gatling gun. The Gatling is the most famous of late 19th century's manual machine guns. In an age of slow-loading rifles, the Gatling offered unprecedented firepower. Even today, a century and a half after its design, the gun retains its iconic status. 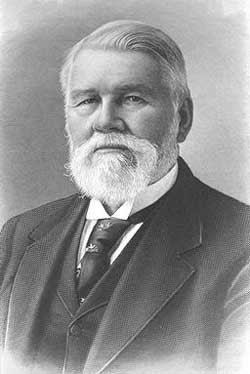 
Gatling was born in Hertford County, North Carolina in 1818. At the age of 21, Gatling created a screw propeller for steamboats, without realizing that one had been patented just months prior by John Ericsson. While living in North Carolina, he worked in the county clerk’s office, taught school briefly, and became a merchant. At the age of 36, Gatling moved to St. Louis, Missouri where he worked in a dry goods store and invented a rice-sowing machine and a wheat drill (machines to aid in planting rice and wheat, respectively). The introduction of these machines did much to revolutionize the agricultural system in the country. After an attack of smallpox, Gatling became interested in medicine. He graduated in 1850 with an MD. Although he had his MD, he never practiced; he was more interested in a career as an inventor. At the outbreak of the Civil War, Gatling was living in Indianapolis, Indiana. There he devoted himself to the perfection of firearms. In 1861, the same year the war started, he invented the Gatling gun. A year later, he founded the Gatling Gun Company.


Two Hillary supporters exchange emails at an Atlanta gas station.
Posted by sig94 at 2:00 AM No comments:

Email ThisBlogThis!Share to TwitterShare to FacebookShare to Pinterest
Labels: Idiots and More Idiots


The State University of New York at Binghamton is under fire over a new course it's offering to resident advisors.

The session titled 'StopWhitePeople2K16' is taught by three RAs and describes itself as a tool to 'understanding diversity, privilege and the society we function within'.

'Learning about these topics is a good first step, but when encountered with 'good' arguments from uneducated people, how do you respond?

'This open discussion will give attendees the tools to do so, and hopefully expand upon what they may already know,' the course description reads.

Leave it to NY to establish a new form of indoctrination. You just know some idiot with a BA in Social Justice will demand a  job .

I paid for one daughter, the one who's in the Army, to attend SUNY Binghamton. It's a bastion of leftist liberal bullshit attended by a flock of NYC/Long Island high school grads. But it did have an Arabic Studies program which is what she wanted.
Posted by sig94 at 9:00 PM No comments:

From now on when my kids email me, I'm going to tell them to use my alternate email addy -  CarlosDangerII@gmail.com.

Seriously, what mother tells her daughter to use a covert email addresses to correspond with her?

Why our paranoid Democratic Presidential candidate ... who else? And at this point what difference does it make?


Wikileaks: 67 Emails Between Hillary and Chelsea Clinton under HER FAKE NAME “Diane Reynolds”

Wikileaks found 67 emails between Hillary Clinton and daughter Chelsea under her fake name–
–At least one was during a foreign policy meeting
— Another was on September 11, 2012 during the Benghazi terror attack!

Wikileaks discovered 67 emails between Hillary Clinton and “Diane Reynolds” who we now know to be her daughter Chelsea.

In one email Hillary tells Chelsea (Diane) she is sitting in a meeting on Libya waiting for “the other shoe to drop.”

You can read the emails here. 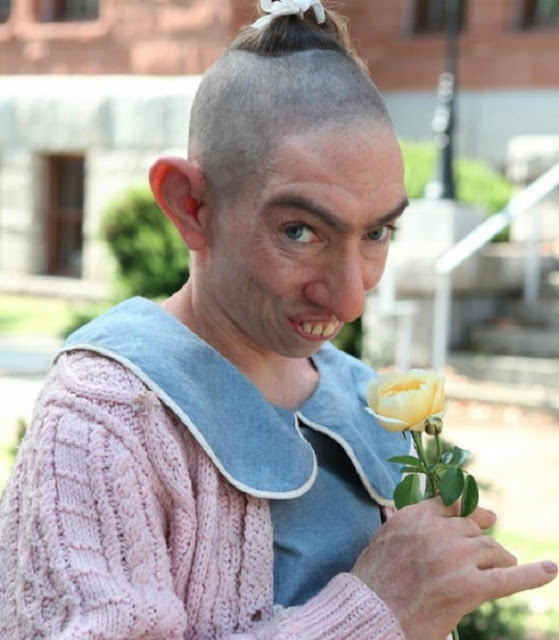 Email ThisBlogThis!Share to TwitterShare to FacebookShare to Pinterest
Labels: Caption

Russia Or ISIS - Your Choice

German officials are advising their citizens to stock at least ten days food, water and medical necessities. But there's no reason, just thinking out loud we are, seems like a good idea so ... not to worry, nothing going on, everything's fine, actually dandy, but don't forget the bandages and iodine, after all - we are "preparing appropriately for a development that could threaten our existence..."


Germany doesn't want its citizens to panic—but it would like them to be a little more prepared for an attack or a disaster. According to a report in the Frankfurter Allgemeine Sonntagszeitung, the German government plans to bring back its Cold War-era requirement for people to stockpile enough food for 10 days and enough drinking water for five, as well as medicine and other supplies. The government is also planning to boost security by bringing in a nationwide alarm system.

A "Concept for Civil Defense" plan that will be discussed by lawmakers this week says an armed invasion of German territory is unlikely, but that citizens should "prepare appropriately for a development that could threaten our existence and cannot be categorically ruled out in the future." Reuters notes that the new civil defense plan comes amid other security measures, including major increases in police funding and the creation of a new anti-terror unit.

More vindication of the story that Hillary's right hand wench is an Islamist agent.


Hillary Clinton’s top campaign aide, and the woman who might be the future White House chief of staff to the first female US president, for a decade edited a radical Muslim publication that opposed women’s rights and blamed the US for 9/11.

[...]In a separate January 1996 article, Abedin’s mother — who was the Muslim World League’s delegate to the UN conference — wrote that Clinton and other speakers were advancing a “very aggressive and radically feminist” agenda that was un-Islamic and wrong because it focused on empowering women.

“‘Empowerment’ of women does more harm than benefit the cause of women or their relations with men,” Saleha Mahmood Abedin maintained, while forcefully arguing in favor of Islamic laws that have been roundly criticized for oppressing women.

This is the baggage Hillary wants to tote into the White House.

Huma supports the "women are property" aspect of Islam and her husband likes to tweet dick pics to strange women.

Scratch these people and they bleed radical, anti-American bullshit.