Now I Don't Feel So Bad

It's been a rough year. The wife and I are finally going to take a break. A major IT project (replacing our PRMS, converting/mapping the legacy data, etc.) kept me hopping, a daughter getting married next month kept us both running and my soon-to-be scheduled knee replacement surgery after Thanksgiving ... well as I said, it's been quite a year.

We are leaving for Maryland tomorrow morning to stay with my sister and her husband for a few days and then to Fort Bragg to welcome home our daughter. It's not chiseled in stone, but she is scheduled to arrive at Pope AFB next Tuesday; right now she is still at Bagram Airfield but should be on her way to Manas AFB later today. We hope and pray this is her last deployment.

I thank God for His faithful care of our girl and for placing idiots and saints around her while she is so far away. I think Him for the idiots because He wants to grow her in an area of need that she inherited from me; we are both patience-challenged. And I thank him for the saints; for those soldiers who got her through the rough times, many thanks to her First Sarge. I won't elaborate here - it's just been very hard for her the past few months. Skyping from afar can only help so much and we are indebted to the men and women who loved and supported her.

I haven't taken any vacation this year and I am really looking forward to this. We'll take my wife's new RAV4 to save gas and pack it with stuff that our daughter can use as she will be renting a house when she returns to Bragg. As an E6 she now gets a basic housing allowance and doesn't have to pay $320 a month for the crap served at the DFAC. She Skyped us this morning and was pissed about some "political BS" that delayed her homecoming. I imagine it involved the phony government shutdown that put a cramp in services but allows Obama unlimited golf.

I've pre-posted a few things I found interesting/amusing.
Hope you all are well. 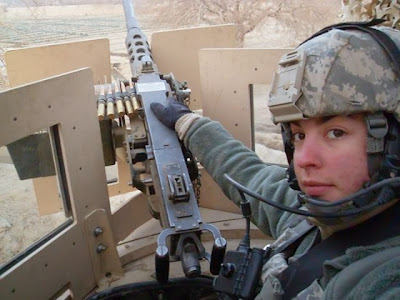 Ode To A Caption 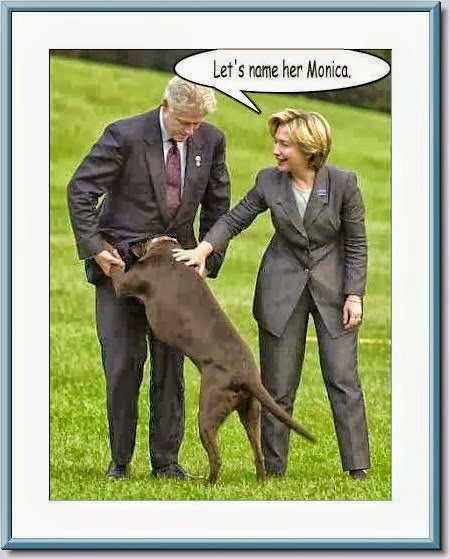 Saw this over to Woodsterman's digs.
Odie, you inspired me.

Ode To A Caption
I thought that I would never see
A caption so appropriately
Catching Bill and Hillary
Where the action is, quite literally
Once again between his knees.

A caption that shows the dog won't relent
From snuffing up Monica's Oval Office visit scent.

A caption that shows Bill has Hillary's blessing,
She cares not a whit with whom he is messing.

A caption that shows beyond chance of refute
That Billy gets nada from the bitch in the pants suit.

And we can prove through the White House Visitor's Log
That the only one in the picture who can honestly say,
"I did Not Have Sex With That Women!" 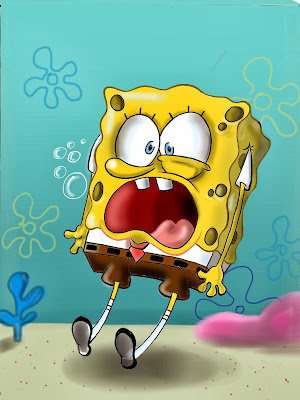 Another reason for the Scientifik Screamin' Meemie Brigade to dance around in carbon calculating circles.


Miles beneath the sea surface, buried beneath the seafloor sediment, a relatively unstudied ecosystem of bacteria and other microbes teems with activity in the Earth's oceanic crust. Some scientists think this system could hold the largest reservoir of life on Earth, but direct measurements from the difficult-to-reach region remain scarce.

Now, an international team of researchers based at the Bigelow Laboratory for Ocean Sciences in East Boothbay, Maine, have developed a new model that they say offers the best estimates yet for how much oxygen these microbes may consume — a measure that could be used in future studies to determine the size of this ecosystem.

[...]If the crustal microbial population is as abundant as some scientists think it is, then it would comprise a significant but currently overlooked component of Earth's carbon cycle, said study co-author Beth Orcutt, of the Bigelow Lab. Further study of these ecosystems will help clarify their role in the nutrient cycles that control the abundance of life on Earth, she said.

Obama and the Dems will figure out a way to tax us for this and send the money to liberal universities as grants; call it the Subsurface Hydrocarbon Interdiction Tax.

Story here.
The Bigelow Laboratory has three campuses, one of which is:


"Center for Ocean Biogeochemistry and Climate Change - Research conducted here will address questions of ocean biogeochemistry and climate change at many scales, from local to global, and from individual cells to entire ocean basins."

This is another excuse to latch on to whatever fiscal teat you can find. 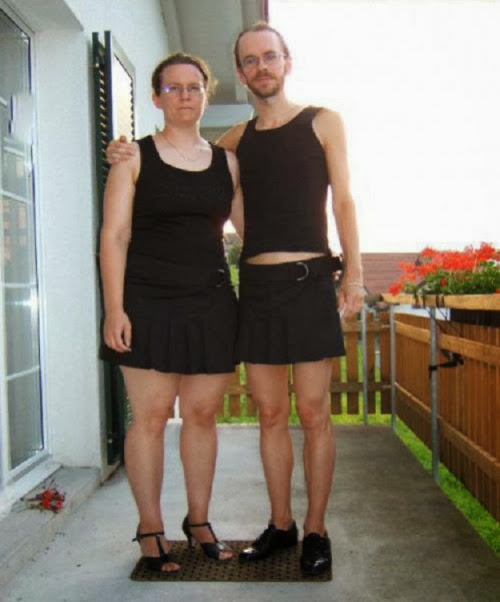 Jack Spratt could eat no fat,
His wife could eat no lean.
He wore his wife’s black sun suit
‘Cause Jack’s a closet queen.

Poor Mrs. Hubbard
Went to her cupboard
Looking for her little black dress.
But when she got there
The cupboard was bare
Her husband’s gender reassignment was a success.

Hey diddle diddle
She’s built like a bass fiddle
She's bipolar and crazy as a loon
She’s flighty and nasty and farts like a mule
But has a set of gorgeous bazooms.

No Cake For You! 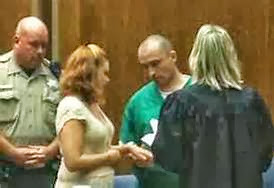 Vile murderer has a Betty Crocker day in Court.


SAN DIEGO (AP) — The bride wore white; the groom wore shackles.
The marriage of Danne Desbrow and his fiancee, Destiny, came just minutes after he was sentenced to 53 years-to-life in prison for first-degree murder, U-T San Diego reported Monday.

San Diego Superior Court Judge Patricia Cookson officiated at both events. She even baked a cake for the Sept. 17 ceremony, the newspaper said.

Cookson declined to respond to a request for comment from the newspaper.


Russia has seized the Greenpeace ship Arctic Sunrise and towed it into the port of Murmansk after Greenpeace personnel “attacked” Russia’s “Prirazlomnaya” oil platform in the Pechora Sea. The thirty people who were aboard the diesel powered ship are being held in several different pretrial detention areas while Russian authorities conduct a criminal investigation.

Last week, two members of the Greenpeace crew began to board the platform using ropes while others buzzed the platform in inflatable boats. Workers on the platform repelled the boarders using fire hoses until Russian security personnel fired warning shots from machine guns into the sea at which time Greenpeace surrendered.

A doctoral student at the University of Wisconsin-Madison has had enough of mandated diversity training.

Please forgive this sudden e-mail. I am writing to you today about the “diversity” training that new teaching assistants (TAs) are required to undergo. In keeping with the spirit of the Wisconsin Idea, I am also blind-copying on this e-mail several journalistic outlets and state government officials, because the taxpayers who support this university deserve to know how their money is being spent.

[..]in one of the handouts that our facilitator asked us to read (“Detour-Spotting: for white anti-racists,” by joan olsson [sic]), we learned things like, “As white infants we were fed a pabulum of racist propaganda,” “…there was no escaping the daily racist propaganda,” and, perhaps most even-handed of all, “Racism continues in the name of all white people.”

[...]Also on the agenda for next week are “important trans struggles, as well as those of the intersexed and other gender-variant communities,” “stand[ing] up to the rules of gender,” and a very helpful glossary of related terms and acronyms, to wit: “Trans”: for those who “identify along the gender-variant spectrum,” and “Genderqueer”: “for those who consider their gender outside the binary gender system”. I hasten to reiterate that I am quoting from diversity handouts; I am not making any of this up.

The grad student, Jason Morgan, is a Teaching Assistant who is tasked with teaching Japanese history.


I am not in graduate school to learn how to encourage poor souls in their sexual experimentation, nor am I receiving generous stipends of taxpayer monies from the good people of the Great State of Wisconsin to play along with fantasies or accommodate public cross-dressing. To all and sundry alike I explicate, as best I can, such things as the clash between the Taira and the Minamoto, the rise of the Kamakura shogunate, and the decline of the imperial house in twelfth-century Japan. Everyone is welcome in my classroom, but, whether directly or indirectly, I will not implicate myself in my students’ fetishes, whatever those might be. What they do on their own time is their business; I will not be a party to it. I am exercising my right here to say, “Enough is enough.”

Jason has left the auditorium. Thank you Jason.

The World Turned Upside Down

Here is a video of Vladimir Putin decrying the lack of morals in Russia.
It seems tailor-made for the USA.

I was going to use the 18th century British song, "World Turned Upside Down" in juxtaposition with "Yankee Doodle Dandy" to a) show how the world is not what it used to be and b) just how clever a chap I am but c) that's not true for either scenario.

Yes it's true that I never would have thought that I would favor Pravda over most American media outlets and that I would be applauding a speech made by a Russian Prime Minister who used to be the head of the KGB. Is that upside down enough?

Our Revolutionary War song Yankee Doodle Dandy was not based on the Brits World Turned Upside Down; the tune for YDD was allegedly derived from a British nursery rhyme. But the nursery rhyme (Lucy Locket), like "London Bridge is Falling Down," may be based upon far darker doings than macaroni, perhaps involving illicit sex among the British royalty  - so all is not lost.

The WTUD was actually composed during the reign of the Puritans in the mid 17th century. They had control of the Parliament and passed legislation banning certain traditional Christmas celebrations. These are the lyrics which were written in opposition to the Puritan laws:


Listen to me and you shall hear, news hath not been this thousand year:
Since Herod, Caesar, and many more, you never heard the like before.
Holy-dayes are despis'd, new fashions are devis'd.
Old Christmas is kicked out of Town
Yet let's be content, and the times lament, you see the world turn'd upside down.

The wise men did rejoyce to see our Savior Christs Nativity:
The Angels did good tidings bring, the Sheepheards did rejoyce and sing.
Let all honest men, take example by them.
Why should we from good Laws be bound?
Yet let's be content, and the times lament, you see the world turn'd upside down.

Command is given, we must obey, and quite forget old Christmas day:
Kill a thousand men, or a Town regain, we will give thanks and praise amain.
The wine pot shall clinke, we will feast and drinke.
And then strange motions will abound.
Yet let's be content, and the times lament, you see the world turn'd upside down.

I'll bet you still tried to sing those lyrics to YDD, dinja?

Anyway, the Brits actually celebrated Christmas for twelve days at this time and the Puritans, being the strait-laced lot that they were, thought that things had gotten out of hand and outlawed certain practices. They finally eased up in 1660 after Cromwell died (1658) and after the riots.

In any event, now that I've thrown this entire thread down a rabbit hole, let me be the first to wish you all a very Merry and Traditional Christmas.
Posted by sig94 at 1:07 PM 4 comments: