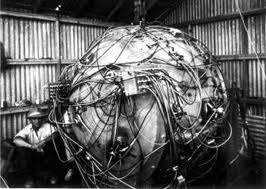 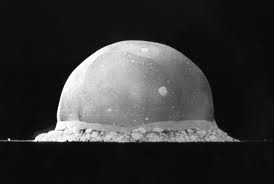 Its yield was estimated at 21 kilotons. It left a crater a half mile wide. The fused green glass created by 10,000,000 F temperatures is still radioactive today. 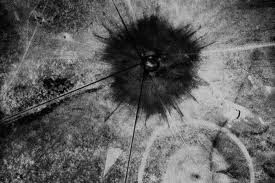 In the above photo the large, dark crater was created by the Trinity device. Beneath it you will see a light ring with a small, dark "dot" at it's center. The small dot is the crater formed a few months earlier by a detonation of 100 tons (.1 kiloton) of high explosives used to calibrate the power of the Trinity shot.

A year later on July 25, 1946, the second nuclear test ("Shot Baker") at the Bikini Atoll destroyed or damaged a 70 ship target flotilla. This second test was an underwater detonation that proved far more powerful than the previous Bikini Atoll aerial test ("Shot Alpha") earlier in the year. In this second Bikini test, ships of the target flotilla included the famed aircraft carrier USS Saratgoa (sunk - her bottom ripped out by the explosion) and the battleship USS Nevada (heavily damaged).
Posted by sig94 at 8:00 AM 13 comments: 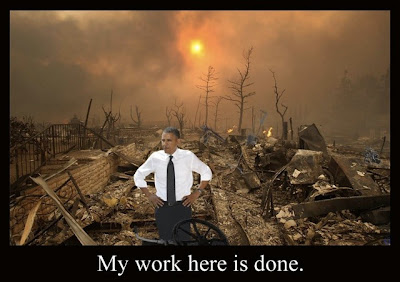 It's time for a powerful Tea Party-style slap in the head. 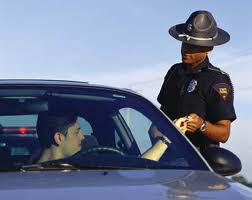 This was not your routine traffic problem.

Twinsburg police got a call recently when a man driving on Darrow Road stopped in the middle of the road, got out and yelled "I have to fart" while running around his car.

He then got back in a drove off. Police found him parked at the water tower.

The man told officers he had been searching for jobs in nearby Solon. When they asked why he stopped his car in Twinsburg, he said he had to pass gas but couldn't because "it hurt too much."

Because of the man's psychiatric history, police had the man treated at University Hospital in Twinsburg.

I tried to think of something on the order of a Chinese fire drill, but I got nothing my friends.
Posted by sig94 at 11:00 AM 6 comments: 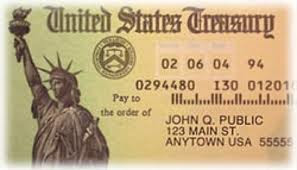 Obumbles has played the nuclear option by threatening to withhold Social Security payments until Congress authorizes an increase to the US debt ceiling.

The White House warned today that millions of Americans might not receive federal benefits checks if both sides can’t reach a deal to raise the nation’s debt limit by Aug. 2.

"We cannot guarantee – if there were a default – that any specific bill would be paid,” White House spokesman Jay Carney said, seeking to leverage public pressure on negotiators from both sides who are headed back to the White House this afternoon.

President Obama also raised the specter of short-changing recipients of federal benefits, telling CBS’s Scott Pelly in an interview that "there may simply not be the money in the coffers to do it.”

More than 80 million Americans who receive benefits payments from the government each month could be at risk, the Treasury Department said. Most of those checks cover Social Security recipients, veterans and civil service retirees.

On Aug. 3, the Treasury is scheduled to make a $23 billion payout of Social Security benefits, a spokeswoman said. Obama suggested today that payout could be at risk.

This is a ploy to put great pressure on Republicans, forcing them to acquiesce to liberal demands to raise the debt ceiling by another $2.5 trillion. I also wonder if this includes payments made to the States for other entitlement giveaways. Many welfare programs are funded through an arrangement whereby the feds pay 50% and the State and County each ponies up 25% of the bill. This could really push some struggling States over the edge. In my County the local dollars thrown at entitlement programs is the biggest portion of the budget.

Nothing good will come of this. I fear the Republicans will fold.
Posted by sig94 at 4:53 PM 6 comments:

I'm gonna keep posting this thing
EVERY YEAR
until it actually happens!
Click image below to view...

What Is She Doing? 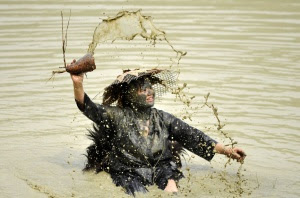 If I Only Had A Nickel 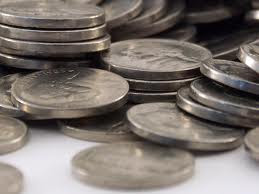 If I only had a nickel for every time an Obama Administration Official lied, I could retire comfortably today.

From the Salem News:

SALEM, Ore.) - New information indicates that U.S. Attorney General Eric Holder's actions are squarely behind the ATF (Bureau of Alcohol, Tobacco and Firearms) operation known as "Fast and Furious", which orchestrated the delivery of almost 2,000 weapons to Mexican drug cartels.

Holder openly proclaimed his connection to the operation in April 2009 during a publicized speech in Mexico, then told a Congressional Committee in May 2011, "I probably heard of Fast and Furious the first time in the last few weeks."

[...]The new information, which is not really new at all, proves that Holder had to be aware of the U.S. government weapons smuggling operation planned and implemented by federal agents from ATF which he denied to Government Reform Committee Chairman Darrell Issa (R-CA) less than two months ago...

Texas aglow with effort to save the incandescent bulb

Irritated with federal regulation, Republicans hope a state law will get around a national mandate to replace old-fashioned bulbs with more efficient lamps.

Reporting from Washington— It doesn't have the ring of "Remember the Alamo," but a new battle cry has gone up in Texas: "Remember the incandescent bulb."

Texas has become the first state seeking to skirt a federal law that phases out old-fashioned incandescent light bulbs in favor of more efficient lamps — a move that has emerged as a shining example of Republicans' resolve to strike down what many view as excessive federal regulation.

Texas hopes to get around the law with a measure recently signed by Republican Gov. Rick Perry declaring that incandescent bulbs — if made and sold only in Texas — do not involve interstate commerce and therefore are not subject to federal regulation.

"I think that Texans as a whole are tired of the federal government trying to micromanage our lives," said George Lavender, a Republican state representative who sponsored the legislation.

Critics of the federal mandate hope the Texas action will spur Congress to repeal the light bulb rules or prompt other states to adopt similar laws. The Republican-controlled U.S. House on Monday is expected to take up a repeal measure sponsored by a Texas congressman. Efforts also are underway in Pennsylvania and South Carolina to follow Texas' lead.

The 2007 federal energy legislation phases out the old-style incandescent bulbs over three years, starting with 100-watt bulbs next Jan. 1. Supporters said that consumers will be able to buy a new kind of incandescent bulb that is more efficient and cost about $1 more. The latest model — shown off to lawmakers recently — surrounds the filament with a halogen capsule that uses fewer watts.