Master Sergeant Jacinto Bernardo, an Iraq war veteran who recently retired after serving 21 years in the U.S. Marine Corps, asked his old Marine buddy Jeremy Epperson to watch his new home in Suisun, California, while he was stationed in Japan with his family. The home was a “major” fixer-upper because it was all the Bernardo family could afford.

Epperson gladly agreed to watch his Marine brother’s home, though he had much bigger plans in mind.

While Bernardo was away, Epperson raised money and support to do roughly $70,000 in renovations to the Marine’s house. He’s named the renovation program “Homecoming Heroes.”

Email ThisBlogThis!Share to TwitterShare to FacebookShare to Pinterest
Labels: Homecoming, US Military, Vets

Make A Soldier Out Of This Freak 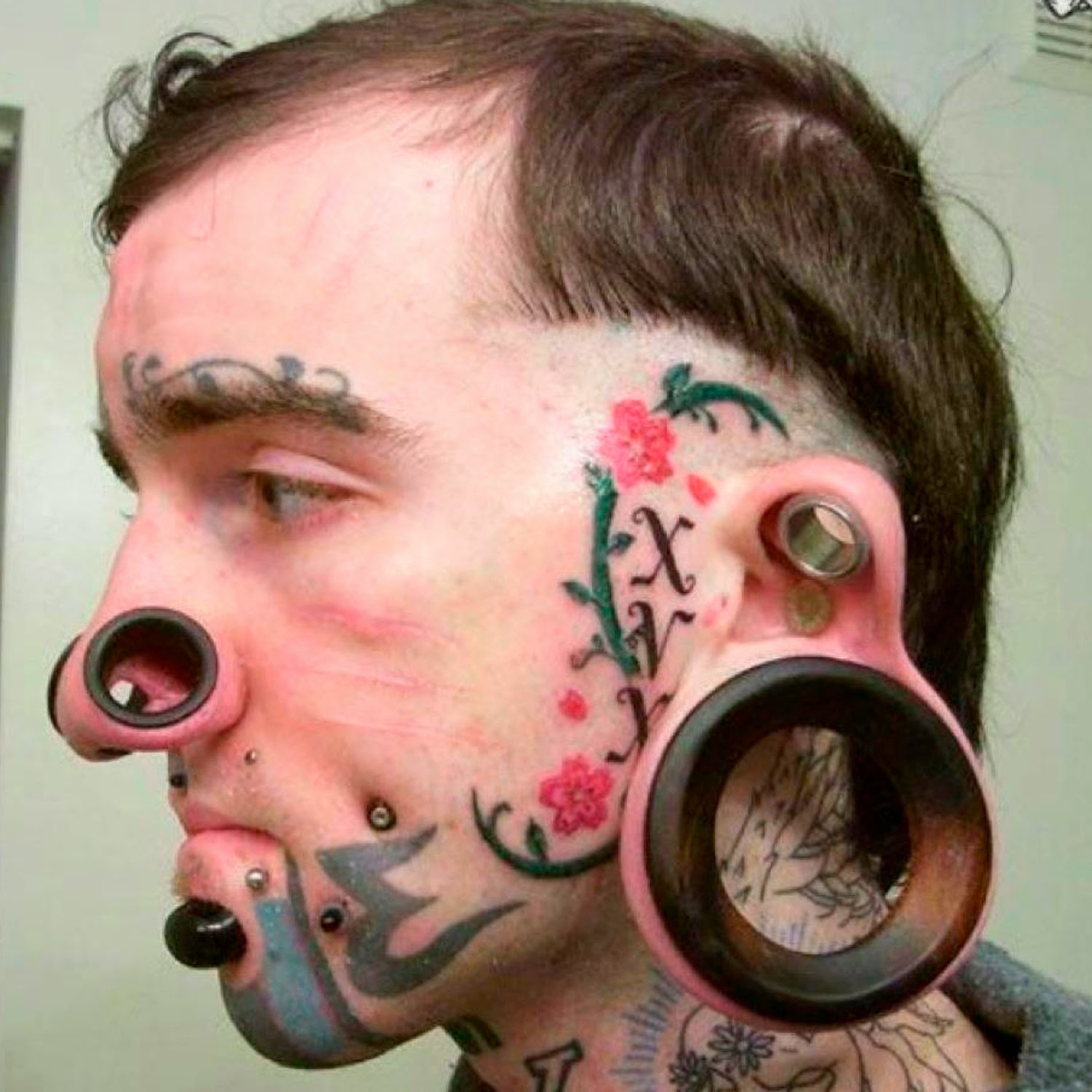 
More than two-thirds of America's youth would fail to qualify for military service because of physical, behavioral or educational shortcomings, posing challenges to building the next generation of soldiers even as the U.S. draws down troops from conflict zones.

The military deems many youngsters ineligible due to obesity, lack of a high-school diploma, felony convictions and prescription-drug use for attention-deficit hyperactivity disorder. But others are now also running afoul of standards for appearance amid the growing popularity of large-scale tattoos and devices called ear gauges that create large holes in earlobes.

When our daughter joined the Army in 2008, the recruiter told us then that only about 30% of the population was eligible for recruitment. At the time I thought he was exaggerating...


New recruitment bonus! Join the military, get a free set of steak knives! 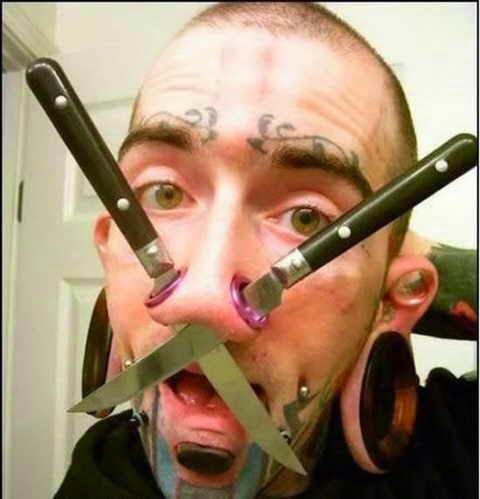 The FBI has 80,000 emails taken from company email servers


Rupert Murdoch faces trouble on both sides of the Atlantic today following claims the FBI has 80,000 News Corp emails in their possession while a corporate probe into the company continues to gather pace.

According to reports, the FBI has copies of at least 80,000 emails - all of which are said to have been taken from the servers at News Corp, Mr Murdoch's parent company, in New York.

The messages were not included in evidence submitted during the British phone hacking trial - and so could not be reported until the jury reached its verdicts, it is claimed.

Yet the IRS insists that months of email messages were"accidentally" destroyed when Lois Lerner's hard drive crashed. I don't know of  any corporate email system that stores or archives emails on the users' PC. It is just unworkable.  These files are maintained on servers and if the server crashes then there is backup software that is used to restore it. The IRS has an IT budget of over $1.2 billion a year and they can't do this?

IT professionals must be having a major fit over this ridiculous claim, and they are:

IAITAM administers internationally accepted certifications for information technology professionals. According to the group’s standards, if Lerner’s supposedly malfunctioning hardware was properly destroyed, there would be records of it.

Anytime I dispose of IT equipment in my office I need to complete a disposition sheet indicating the make, model and serial number of the item, it's location and whether or not it is still functioning. Granted, I only manage a little over 100 users in my office but our county domain covers about 4,000 users and the same standards apply to all office managers.

Having been trained in digital forensics (I set up the county crime lab's computer forensics section years ago) I also know there are ways to obtain information from a malfunctioning hard drive. There is highly specialized equipment  and software (i.e., EnCase is where I received my certification) available. To believe that all the resources of the federal government were inadequate for his task as the IRS maintains is beyond the pale. There must be hundreds, if not thousands of certified federal computer forensic examiners who would be able to retrieve this information.

If the IRS wanted to get into the storage media of a company that was accused of  tax evasion, you can bet your bottom dollar that this conversation would not be taking place.
Posted by sig94 at 8:06 AM 3 comments:

The A-10 Warthog Will Fight On For Awhile Longer 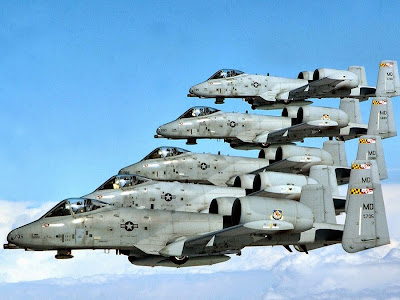 This photo taken above the holy city of  Shiite Ur Pantz, Iraq

From the Arizona Daily Star:


The U.S. House on Thursday overwhelmingly adopted an amendment to the 2015 defense appropriation bill that would prohibit the Pentagon from spending any money to retire the A-10 Thunderbolt II jet — a mainstay of Davis-Monthan Air Force Base.

But the fate of the venerated “Warthog” close-air-support jet remains far from certain, as the Senate still must act, and the issue will likely be hammered out in conference committee. 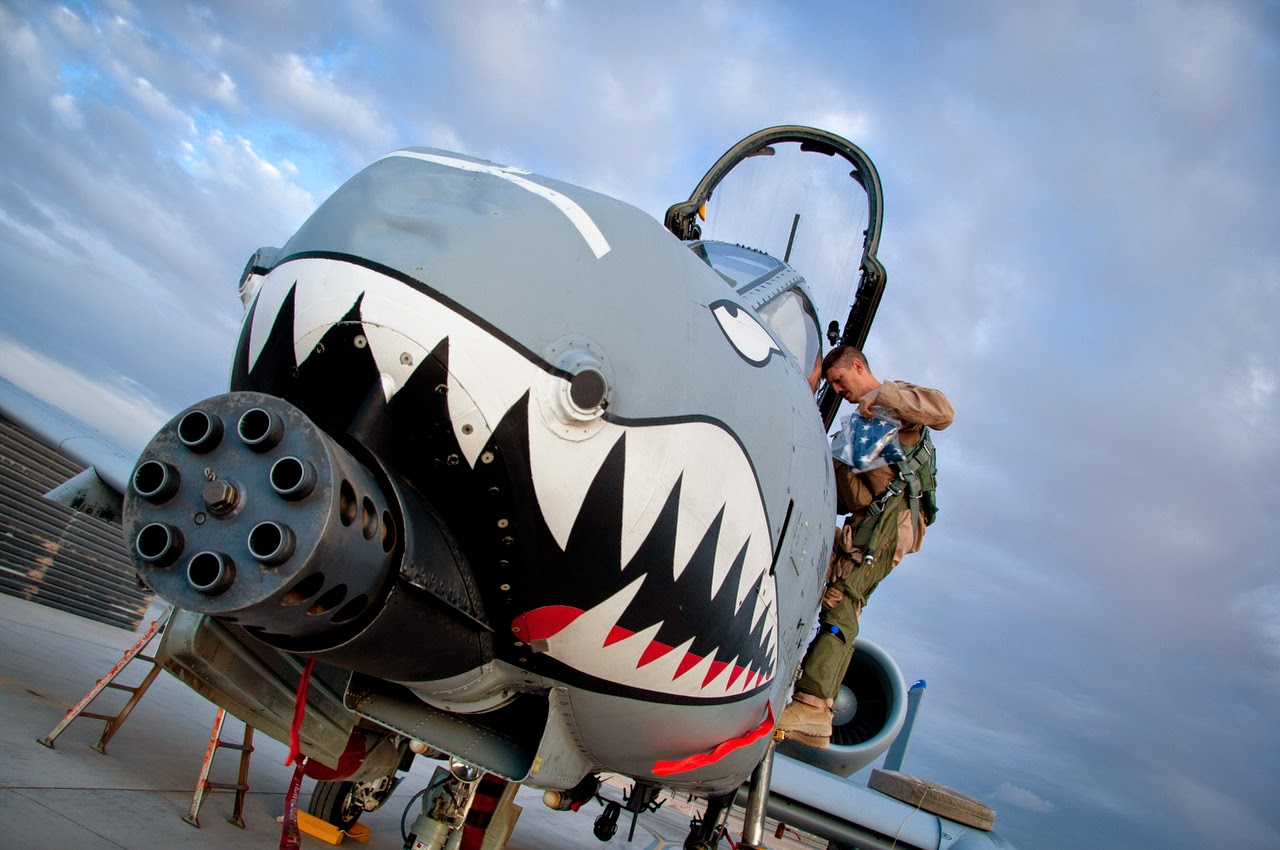 The amendment’s bipartisan adoption was a victory for Rep. Ron Barber, a Tucson Democrat, and other A-10 supporters, who were chagrined when the House Appropriations Committee left A-10 funding out of its version of the defense spending bill.

“This is a victory for those brave men and women in our armed forces and engaged in ground combat who depend on the A-10,” Barber said in prepared remarks after the late-evening vote. “I am fighting for the A-10 to remain in service because there is no better and more effective aircraft for close air support of our soldiers and Marines on the ground.”

There is no other craft proven to be better at what the A-10 does than the A-10. It is a marvel of Close Air Support (CAS) and to throw it away without replacing it (the F-35 is yet unproven) is a crime. The A-10 has a dry weight of 12 tons, yet it can carry 13 tons of weapons into combat.

We can throw a quarter billion dollars of international welfare at Central America without batting an eye ... how about protecting our troops until a new weapons system is ready to replace a tried and proven one?


ODE TO A WARTHOG
I think that I shall never see
A plane so deadly, so ugly
A plane that's built around a gun
A plane that excels at a bombing run

Email ThisBlogThis!Share to TwitterShare to FacebookShare to Pinterest
Labels: A-10, Aircraft, Military

No American Soldier Left Behind

Except for this one.

Maybe if Sgt. Tahmooressi had been taken prisoner by Mexican police while in the act of deserting his unit he would be home by now...


A Florida lawmaker Friday criticized President Obama for apparently not mentioning the jailed U.S. Marine who has been since March in a Mexican prison during a meeting with his counterpart in the country.

Rep. Ileana Ros-Lehtinen, R-Fla., said "it's pathetic" that the mother of Marine Sgt. Andrew Tahmooressi has to plead for her son's release from a Mexican prison while Obama apparently did not address the issue earlier in the day while meeting with Mexican President Enrique Pena Nieto

"It is inexcusable, it is inexplicable, it is obscene, it is horrific," Ros-Lehtinen told Greta Van Susteren on "On the Record."

Tahmooressi, who suffers from PTSD and served in Afghanistan, has been languishing in custody since he was arrested in late March after he accidentally drove into the country with three legally purchased guns in his truck.