British Soldiers Get A Break

Perhaps you are interested in joining me in an exciting new investment opportunity that could make you a millionaire within seven months (November). 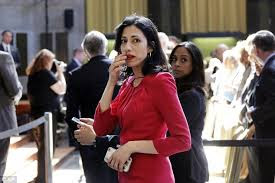 With double indemnity (aka the "Clinton Clause") that's a cool $2 million in my pocket when Huma's water heater explodes. Or her brakes fail. Or her plane crashes (ala Ron Brown). Or she chokes on a shoe leather sandwich.


Huma Abedin hasn’t freshly read any of her email exchanges with Hillary Clinton that have been released by the State Department, but the longtime Clinton aide said it is "terrifying" to know that the messages are out there.

“It’s something I can’t really think about, but I can’t even imagine what’s in those emails. But I’m sure I would probably be mortified. I have no idea. I haven’t read any of them,” Abedin, who served as one of Clinton's top aides at State, said in an interview with the podcast "Call Your Girlfriend."

The State Department publicly released thousands of emails from Clinton, including many messages to her aides, after it was discovered that she used a private email server during her four-year tenure as secretary of state. Clinton has said that, looking back, it wasn't the best decision, but that she did not violate any rules or laws. The FBI is investigating the unusual server setup.

Better Tell Your Boss Too

Washington D.C. -  an American Secret Service Agent scolds a Turkish security agent regarding their offensive treatment of protestors and journalists, "This is America!"

That Secret service guy needs to tell his boss the same thing.


"Sweet Home Chicago" was first recorded back in 1936 long before its residents started killing each other in wanton fashion.

CHICAGO — Murders in the nation's third-largest city are up about 72%, while shootings have surged more than 88% in the first three months of 2016 compared with the same period last year, according to data released Friday by the Chicago Police Department.

Police said the disturbing rise in violence is driven by gangs and mostly contained to a handful of pockets on the city's South and West sides.

Of course this disturbing statistic is visited upon a city where gun control is still Mayor Emanuel's preferred crime control measure.

Over the years I have lost a great deal of sleep worrying about our Beloved Nation being overrun by our enemies. And by monsters; gigantic, radioactive halitosis, shambling freaks of nature that seem fixed on destroying our major cities. Luckily there are civic minded leaders who also are concerned and have made plans to protect us.


Godzilla. Kings of the monsters. The original Kaiju. Born of humanity’s hubris, it comes from the depths of the Pacific ocean. It comes to wreak havoc. It comes to kill. Some of the more soft-hearted elements of the American military wish to weaponize the beast. Fools! The creature must be destroyed.

The U.S. Air Force’s 18th Wing in Japan—America’s largest combat wing—thinks it would have no problem felling the beast. Senior Airman Mark Hermann told Air & Space magazine he could destroy the monster with “.50-caliber [machine guns], four helicopters.” He thinks Godzilla is a joke.

He’s wrong. Godzilla is a force of nature. The mighty King of Monsters would shrug off a mere four helicopters armed with machine guns.

There are people in the military taking seriously the threat of giant atomic-powered lizards emerging from the Pacific Ocean.

Email ThisBlogThis!Share to TwitterShare to FacebookShare to Pinterest
Labels: Godzilla, US Military 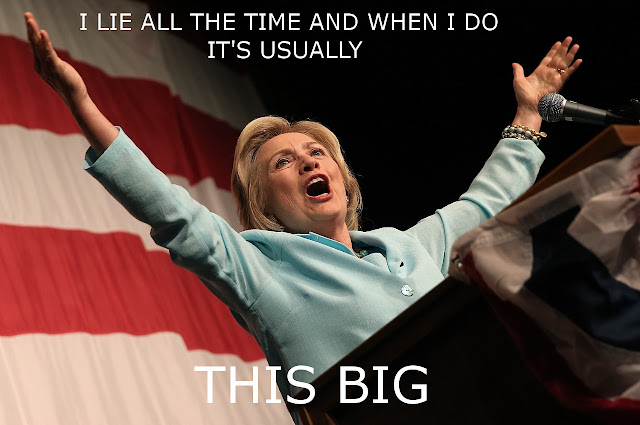 I am sure about only one thing regarding the Clinton email/Benghazi fiascos: I am sure that I am not sure what the outcome will be and I do not trust the federal government as far as I can throw them.

In any event, Time has this to say about FBI Director Comey efforts regarding the email scandal. Not all of it is exactly reassuring as he already has let Hillary skate once (the Whitewater case) even after he knew she obstructed the investigation. Comey found that the Clintons exhibited “a highly improper pattern of deliberate misconduct.” And that went no where.

Late last summer, the director of the Federal Bureau of Investigation, James Comey, met with John Giacalone, the bureau official responsible for everything from counterterrorism to counterintelligence across the U.S. Giacalone, a fireplug of a man who started out as a New York City field agent battling organized crime in the 1990s, wanted to brief Comey on a high-profile issue that had been referred to the bureau by the Inspector General of the Intelligence Community. Emails found on the private, unclassified server used by Hillary Clinton as Secretary of State contained classified information; Giacalone’s National Security Branch wanted to investigate how the secrets got there and whether anyone had committed a crime in the process. Comey was clear about one thing. “He wanted to make sure it was treated the same way as all other cases,” says Giacalone, who left the bureau in February.

[...]Comey is keeping a close watch on the investigation, getting briefings from team leaders and personally overseeing the case. Agents have been told they may be polygraphed to prevent leaks, the sources familiar with the probe say. “I want to ensure [the Clinton email investigation] is done in the ways the FBI does all its work: professionally, with integrity, promptly,” Comey told Congress in February. “And without any interference whatsoever.”

America, You Know What To Do

The Jewish World Review has something to say to Americans whose panties are all up in a wad.

Underneath all the sturm and drang of this political season is the one true fact that seems to get lost in the shuffle. It is that America is still the greatest country on earth because it is still free and it will become even stronger and greater if the electorate would just do its homework and vote smart.

The greatest question in all of history: Where is the body of Jesus?
If his mortal remains are scattered somewhere, anywhere, on this planet, then he was either a madman or a liar.

If not...
Then's God's witness, His message to the ages is thus: believe on Him and be saved. 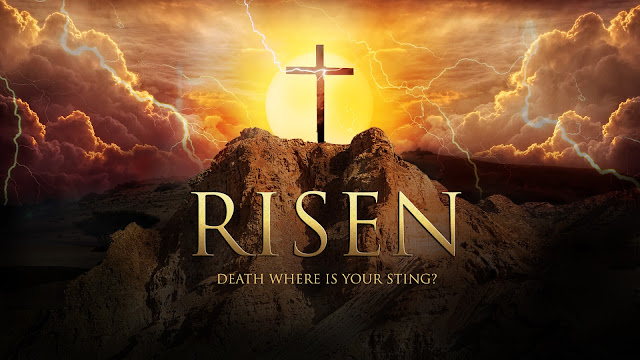