Email ThisBlogThis!Share to TwitterShare to FacebookShare to Pinterest
Labels: music, The Newbeats 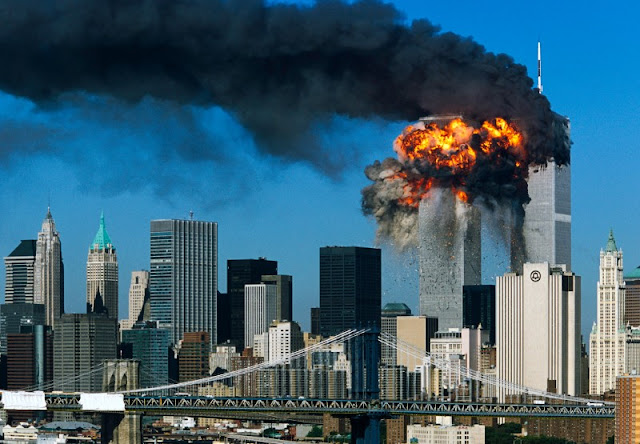 And we still haven't learned a thing.
Obama is rubbing our noses in Islamic shit as he prepares to invite another 100,000 possible terrorists to our shores.
Posted by sig94 at 8:03 AM 1 comment:

The Corps Ain't What It Used To Be

The ISIS-inspired jihadist opened fire on several military recruiting officers stationed in a strip mall before attacking a military base a few minutes away.

Abdulazeez killed four Marines and a sailor before police and a Navy commander, who happened to be carrying a sidearm at the time, fired back and killed him.

Will the Corps arm their brave Marines in order that they protect themselves from attack?

Not exactly. As a matter of fact, not at all.


The Pentagon will instead "protect" recruiters from future ambushes by training them to "take cover or evacuate in the event of an attack." It also will provide them with "movable shields or desk partitions" that they can duck behind to dodge AK-47 rounds.

Might as well have them also carry tampons so they can stuff something in their bullet holes while hiding behind their partitions. Pink partitions, paint them pink. WTF....

If only Chesty Puller could come back from the dead....

Let me tell you all a story ’bout a trannie called Cait
An Olympic athlete who couldn’t stay straight
Cait was driving too fast while messing with his phone
He rear-ended some old lady and into traffic she was thrown.
Cait drivin’ an Escalade
Got her T-boned he did

Well the next thing you know ole Cait is facin’ time
‘Cause killing old ladies in California is a crime
Manslaughter is the charge that will put him into stir
And now he’ll regret that he changed into a her.
Bubba’s waitin’ for ya
Y’all bring KY
Ya hear?
Posted by sig94 at 9:00 PM 4 comments:

Why I Would Vote For Trump

CS Lewis nailed it. I cannot improve upon it.


“Of all tyrannies, a tyranny sincerely exercised for the good of its victim may be the most oppressive. It may be better to live under robber barons than under omnipotent moral busybodies.

The robber baron’s cruelty may sometimes sleep, his cupidity may at some point be satiated, but those who torment us for our own good will torment us without end for they do so with the approval of their own conscience.”

An out and out thief is preferable to the oh-so-morally-superior left, particularly when so many democrats are also thieves.

The consequences of Trump's most heinous actions may be summarized thus; by commission or omission has he killed anyone?  Let's ask the same question of Hillary, Obama, et al.
Posted by sig94 at 5:05 PM 3 comments:

Why We Have Idiots With A High School Education

This Just Quacks Me Up


It sounds like the Duck Army of the Damned.
Posted by sig94 at 4:11 PM No comments: