In a brazen attempt to enforce his ban on large capacity soft drink containers, Mayor Bloomberg has enlisted several thousand rats to prowl the streets and subways of New York City searching for large soft drink offenders. Since NYC rats are notoriously shortsighted, they have to get right in your face to ascertain the telltale signs of a large capacity beverage.

America's Presence Diminished To The Detriment Of The World

The world is a dangerous place because the world is full of assholes, maniacs, psychos and just plan nasty people who will kill you for a nickel, 72 non-existent virgins or a political ideology that you disagree with. The media won't dwell on it, but just google genocide or massacre and see what you get. Places pop up like Darfur (Suden), Armenia, Ukraine, Rwanda, Auschwitz ... and the list goes on.

The world breeds people like Hitler, Stalin, Mao, Pol Pot - they didn't get dropped off by the mother ship nor are they insane. The notion that killing thousands of people may be a "bad thing" just isn't in their DNA.

The world needs a beat cop who's not afraid to swing a stick and break some heads. It's a dirty job but someone has to do it. 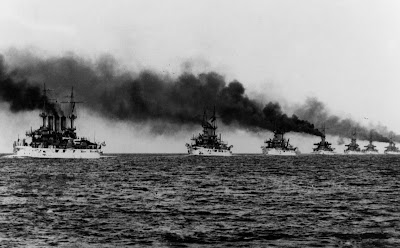 America's night stick used to be the battleship. In 1907 Ted Roosevelt dispatched the Great White Fleet (16 battleships) on a two year mission to demonstrate American military might and our resolve to protect our overseas interests. World War Two saw the demise of the battleship as a symbol of strength and the rise of the aircraft carrier. The battleship Missouri's 16 inch guns could fire a 2,000 pound projectile over 25 miles, but a modern aircraft carrier can extend military might for over 400 miles (combat radius of the F-18A), more with in-air-refueling.


The Spirit of God restrains evil and in doing so, entire peoples have been empowered to actively involve themselves in the effort. Great Britain ruled over one quarter of the Earth's surface during the nineteenth century - the Pax Britannica. Whatever else you may think about the Brits, the nations that were under British rule are the most successful third world democracies.

For a short while after WWII there was a Pax Americana that resisted communism. But that is coming to an end, more quickly now that the Kenyan is still in the White House. There are Islamic inspired slaughters throughout the Mideast, an American ambassador is savaged, our citizens are threatened and America's most formidable weapons platforms will be found languishing in the docks due to his treachery. 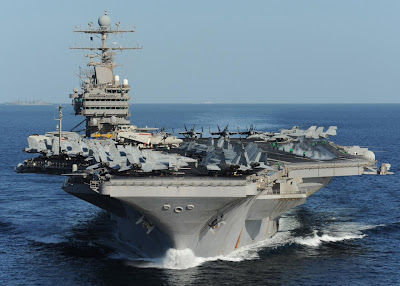 
The U.S. Navy will delay the refueling of the aircraft carrier USS Abraham Lincoln (CVN-72) for an unknown period because of the uncertain fiscal environment due to the ongoing legislative struggle, the service told Congress in a Friday message obtained by USNI News.

Lincoln was scheduled to be moved to Huntington Ingalls Industries’ (HII) Newport News Shipyard later this month to begin the 4-year refueling and complex overhaul (RCOH) of the ship.

“This delay is due to uncertainty in the Fiscal Year 2013 appropriations bill, both in the timing and funding level available for the first full year of the contract,” the message said.
“CVN-72 will remain at Norfolk Naval Base where the ships force personnel will continue to conduct routine maintenance until sufficient funding is received for the initial execution of the RCOH.”

[...] Forbes called the delay, “another example of how these reckless and irresponsible defense cuts in Washington will have a long-term impact on the Navy’s ability to perform its missions. Not only will the Lincoln be delayed in returning to the Fleet, but this decision will also affect the USS Enterprise (CVN-65) defueling, the USS George Washington (CVN-73) RCOH, and future carrier readiness.”

Truly this is a man that despises the use of military power except to accomplish his own ends.
Posted by sig94 at 9:43 AM 5 comments:

Listen To Us Mr. President

Here are two amazing videos of Americans speaking from the heart.

This first video is of a former Secret Service Agent, Dan Bongino, and his take on the unconstitutional gun control agenda.

This next video is truly inspirational. It features Dr, Ben Carson speaking at the National Prayer Breakfast. At about the 20:50 mark Dr. Carson starts to present his own opinion on how national healthcare should be provided. Obama is sitting only 12 feet away. If you want to see a detached person, look at how Obama reacts. 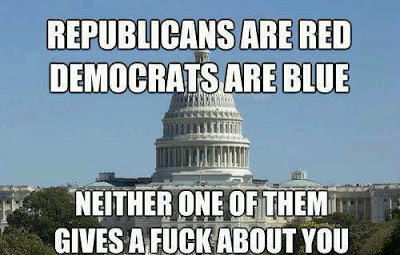 Maybe it's not time yet, but it's getting close. Very, very close. How much more do they think they can get away with?
Posted by sig94 at 4:23 PM 12 comments: 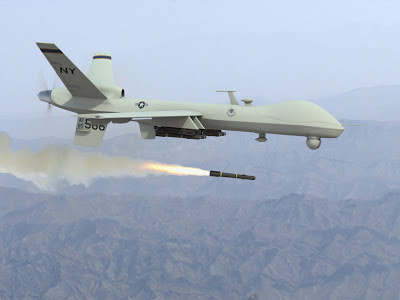 
The liberals went double-full-tilt nutso when the Bush administration water boarded terrorists but now Obama's DOJ says it's okay to outright kill any American who is suspected of being a terrorist.

And they're okay with that.

Even better, you don't need evidence that the suspect American is even planning an attack:


For example, while Webster’s defines “imminent” as “ready to take place,” the Justice Department has a different take: “The condition that an operational leader present an ‘imminent’ threat of violent attack against the United States does not require the United States to have clear evidence that a specific attack on U.S. persons and interests will take place in the immediate future.”

The day Obama socked it to
The Salt Lake City PTAAAAAAY


This shit is just getting too weird.

Exposing Your Sons to "Opportunities"


Yeah right, opportunity for what? The President continues his policies of putting foxes in charge of the hen house. It's like putting the Muslim Brotherhood in charge of Libya or having Rosie O'Donuts hand out towels at the YWCA showers.


One day after President Obama said "yes," he thinks the Boy Scouts of America should admit homosexuals -- to expose them to "opportunities and leadership" -- dozens of conservative groups are running a newspaper ad, urging the Boy Scouts to "show courage" and "stand for timeless values."

The 41 conservative organizations, in a full-page ad in Monday's USA Today, said it would be a "grave mistake" for BSA to change their longstanding policy against having openly homosexual Scout leaders or Scouts.