Coming soon to a theater near you: the movie Hillary Clinton wishes didn’t exist.

The trailer has just dropped for Michael Bay’s “13 Hours: The Secret Soldiers of Benghazi,” based on the book by Mitchell Zuckoff, which in turn is based on the eyewitness reports of five of the six CIA contractors present that night. The sixth, Tyrone Woods, perished in the battle.

“13 Hours,” the book, trained its eye entirely on events on the ground in Benghazi, Libya, on the night of Sept. 11, 2012, when two CIA outposts were attacked by Islamofascist terrorists. It isn’t a political indictment of officials in Washington, and the movie appears to stick close to the style of the book. Unlike other films based on recent history that admit to fudging details for cinematic convenience, “13 Hours” boldly states — at least in its trailer — “this is a true story.”

[...]But Hillary Clinton wants everyone to shut up about the basic intelligence and security failure that was Benghazi, and that it was all, ultimately, her responsibility. “13 Hours” means Benghazi isn’t going to go away.

Suck it up Hillary, suck it all up. When the call came in you dropped the phone. 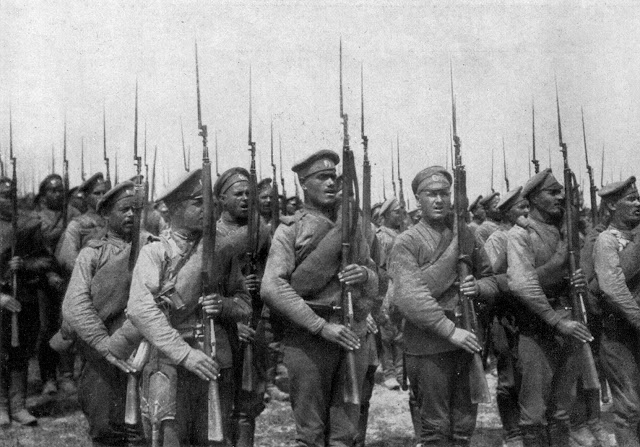 On August 1, 1914, four days after Austria-Hungary declared war on Serbia, two more great European powers—Russia and Germany—declare war on each other; the same day, France orders a general mobilization. The so-called “Great War” that ensued would be one of unprecedented destruction and loss of life, resulting in the deaths of some 20 million soldiers and civilians and the physical devastation of much of the European continent.

Email ThisBlogThis!Share to TwitterShare to FacebookShare to Pinterest
Labels: Hall and Oates, music

It is obvious to all by now that being an email server in the federal government is as dangerous as being a lion in Zimbabwe. The poaching of US government email servers is reaching epidemic proportions.

To combat this alarming trend, a federal judge has issued an order forcing Hillary Clinton and two of her most trusted aides to explain their use of an illegal State Department email server and all pertinent documents in their possession.

Unfortunately Clinton's server has already been killed, meeting the same fate as an IRS server used by Lois Lerner.


[...]The order came in a FOIA lawsuit by Judicial Watch that was re-opened by Judge Sullivan in June after Clinton’s circumvention of the FOIA laws was revealed when news broke of her use of the private server.

Judicial Watch posted the text of the ruling. (Paragraphs added.)

As agreed by the parties at the July 31, 2015 status hearing, the Government shall produce a copy of the letters sent by the State Department to Mrs. Hillary Clinton, Ms. Huma Abedin and Ms. Cheryl Mills regarding the collection of government records in their possession.

In addition, as related to Judicial Watch’s FOIA requests in this case, the Government is HEREBY ORDERED to:

(1) identify any and all servers, accounts, hard drives, or other devices currently in the possession or control of the State Department or otherwise that may contain responsive information;

and (3) request that the above named individuals describe, under penalty of perjury, the extent to which Ms. Abedin and Ms. Mills used Mrs. Clinton’s email server to conduct official government business.

I just had to do this.

Ev’ry mornin’ at the gym you could see her arrive
She stood six foot two and weighed one eighty-five
Kinda broad at the shoulder and narrow at the hip
And everybody knew, she was swingin’ a dick, Big Cait

Nobody seemed to know what Cait wanted to be
If two genders ain’t enough, hell, we’ll make three
So you didn’t say much 'cause you knew she was a guy
And if you spoke at all, you just said, “Hi” to Big Cait

She still looks like a man, t’was written in her genes
Couldn’t make up his mind if she's a King or a Queen
And a big endorsement from a reality show
Sent her back into the spotlight with a lotta dough, Big Cait

He weren't always a Cait, he used to be a Bruce
But one way or another his wiring got loose
It screwed up his thinking, his mind was a mess
So he decided to fix it by wearing a dress, Big Cait

It makes it real hard while writing this verse
Cause the gender thing keeps running in reverse
Now she's a woman but first he's a man
And I'm handling this as best as I can, for Big Cait

Now Brucelyn's future is up in the air
What she's got planned, I don't really care
But a slashing blow from a surgeon's right  hand
Could send Brucelyn's balls into a stainless steel pan, Big Cait

Email ThisBlogThis!Share to TwitterShare to FacebookShare to Pinterest
Labels: Huey Newton and the News, music

Priorities? We Got Them. 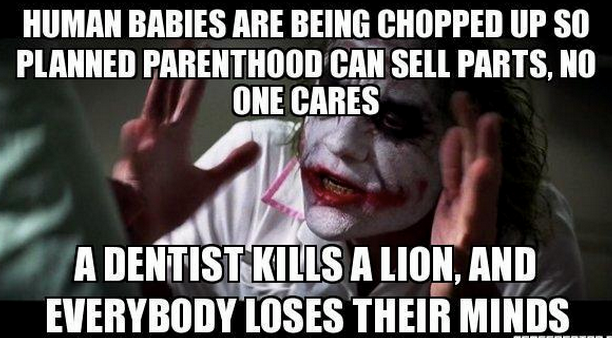 So far there is nothing from the feds about investigating the poor woman in California murdered by an illegal alien who was deported numerous times; but the US government is all in a lather about a freaking lion hunt halfway around the world and is getting involved in the investigation.

MINNEAPOLIS (WCCO) — The U.S. Fish and Wildlife Service announced that the agency is investigating the killing of Cecil the Lion, saying it will “go where facts lead.”

Jesus Is Not Cool. He Is God.

The WashPost has an editorial on the recent trend in Church services designed to attract a new generation of cool, hipster Christians.


Do people want Christianity to be cool? What happens when churches become too driven by the desire to be trend-savvy and culturally relevant? Can a church balance hipster credibility within an orthodox tradition?

These were questions at the heart of my book “Hipster Christianity: When Church and Cool Collide,” which released five years ago. The book seemed to fascinate reporters, with outlets like The New Yorker, The Atlantic and NPR covering what they saw as a deliciously paradoxical story.

“If the evangelical Christian leadership thinks that ‘cool Christianity’ is a sustainable path forward, they are severely mistaken,” I wrote in a Wall Street Journal op-ed, The Perils of ‘Wannabe Cool’ Christianity. “As a twentysomething, I can say with confidence that when it comes to church, we don’t want cool as much as we want real.”

Five years later, has the cool-church movement done anything to reverse trends of declining church attendance, particularly among young people?

Most evidence suggests the answer is no. Recent Pew Research data showed across-the-board declines in Americans who identify as Christian and dramatic increases in those who are “unaffiliated” with religion, particularly among younger adults.

This sounds like the "seeker" type of Christianity where instead of feeding the flock to enable them to become ambassadors for salvation, pastors aim to make non-Christians feel comfortable with watered down doctrine and popular music. Being comfortable with sin is not a wise career choice. Accommodating evil has rendered many popular denominations useless to God.

Much of Jesus' earthy ministry was devoted to instructing the Jews; His Sermon on the Mount (Matt. 5-7) and the Olivet Discourse (Matt. 24) were instructions on how He expected them to live.  Scripture is replete with these instructions and yet the New Testament has not a single verse regarding corporate worship. You cannot sing your way into Heaven. It's not about the music, it's about changing your life to align it with God's Word. Unless you are fully committed to reading and comprehending Scripture, you cannot serve properly nor can you resist the pressures of life that discourage so many people.

There is a cost to discipleship. You can't sugarcoat it or hide it behind a trendy facade. You cannot please God and the world. As stated in Matt. 6:24:


No man can serve two masters: for either he will hate the one, and love the other; or else he will hold to the one, and despise the other. You cannot serve God and mammon [money, wealth or greed ~sig94].

Email ThisBlogThis!Share to TwitterShare to FacebookShare to Pinterest
Labels: Christianity, The Bible

It's not so much that these individuals want to honor the Father Of Lies because, really, who cares?

It's that they feel emboldened, empowered enough to bring it all out in the open.

Like homosexuality, what was once was shameful and practiced in secret is now respectable.

And where else but in Detroit? A ruined city brought low by the demonic Democratic practitioners of socialist lies. 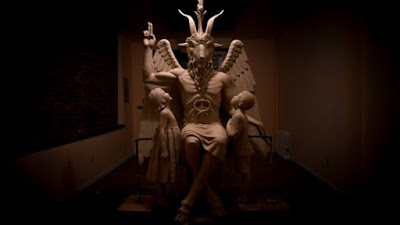 DETROIT (WWJ/AP) – A group is planning to unveil an 8-foot-tall bronze statue featuring a goat-headed Satan in Detroit during a gathering that’s being billed as the “largest public satanic ceremony in history.”

The Satanic Temple has said Saturday’s private event will be open only to people with tickets, $25 each. Invitations to “The Unveiling” summoned guests to prepare for “a night of chaos, noise, and debauchery… Come dance with the Devil and experience history in the making.” The event location is not being announced publicly and is known only to those with tickets.

The group said the bronze Baphomet monument, which weighs about one ton and has never been seen before in public, “is not only an unparalleled artistic triumph, but stands as a testament to plurality and the power of collective action.” The statue, which backed by an inverted pentagram and flanked by statues of two young children gazing up at the creature, shows Satan with horns, hooves, wings and a beard.