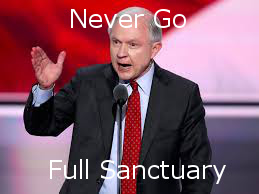 Why Does America Have So Much Difficulty Executing Murderers?

Supreme Court Justice Gorsuch helped an Arkansas murderer meet his Maker by breaking a tie vote to allow the execution.

In what will undoubtedly be a memorable first major tie-breaking vote as a Supreme Court Judge, Neil Gorsuch cast the deciding vote last night to allow Arkansas to begin executing a group of 8 death-row inmates. The decision came after attorneys for the State of Arkansas sought an expedited process to allow for the executions to proceed before their lethal-injection drugs expire at the end of April.

The "Kill You" drugs used by Arkansas were about to expire? Wha? Don't they have veterinarians in Arkansas?

The drug most commonly used by veterinarians to euthanize a dog is phenobarbital, an anti-seizure medication that in a large dosage will stop the heart and brain function in about two minutes.
Done.
And it costs anywhere from $50 to $150 per injection. If the murder victim is related to a veterinarian, I bet it will be done gratis. 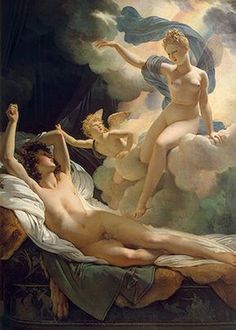 Sleep and Dream, Sweet Prince, As We Boot Your Ass Into Eternity


Midazolam, the drug used to make inmates unconscious before two more drugs paralyze and kill them, does not effectively prevent a painful death. The second drug, pancuronium bromide, paralyzes the inmate. The third, potassium chloride, brings on cardiac arrest and stops the heart.

The cost of these cocktails has risen sharply; last year the American Pharmacists Association refused to participate in executions. As there are relatively few executions in the US the cost of these chemicals has increased from $500 per vial to over $1,000. We really need to talk to the veterinarians.

There is yet another avenue to achieve low cost, painless executions. About $30 worth of street heroin will blissfully place the murderer in the arms of Morpheus, forever.
Posted by sig94 at 4:43 PM 13 comments:

That little s**t pot North Korean dictator, Kim Turd-un, is threatening to hit the USA with a "super-mighty preemptive strike," whatever that is. His threats to destroy the US are really directed towards his own people because no one else in the world believes him. Still he is truly an annoying little psychopath and hopefully the 1-2-3 combo of China, Japan and the US will remove him from being an annoyance to realizing his potential as fertilizer.

Even Mary Poppins wants to kick his Fat Asian Ass. 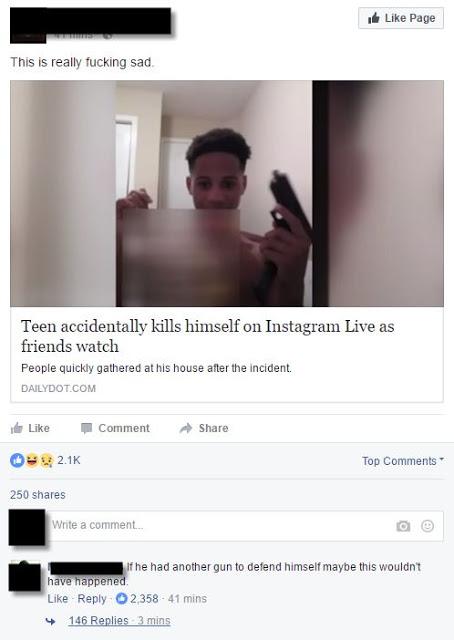 US Military Command Responsible For Deaths Of US Soldiers?

A retired Air Force Captain relates how she watched US soldiers die as she was denied permission to engage Taliban terrorists.


A decorated retired Air Force officer who witnessed one of the most deadly attacks on Navy SEALs in U.S. history is breaking her silence, saying the government covered up evidence detailing that the 2011 downing of a Chinook helicopter gunship that killed 38 fighters in Afghanistan could have been prevented had it not been for restrictions to the military's rules of engagement that were changed under the Obama administration.

The article lists some of the ROE that get American soldiers killed.
Trump simply has to make this nonsense disappear. Nothing will return these brave men and women to their loved ones; the military's leadership should be held accountable for this.

Apparently Obama has removed many good fighting generals and replaced them with ass kissers. I desperately hope I am wrong on this account as my daughter joined the National Guard's, 20th Group SF and has already been asked if she is willing to be deployed (again).

People self destruct for any number of reasons. Chief among them is a dirty life martini containing equal amounts of hubris and self pity, garnished with a heavy dash of despair and shaken by circumstances, not stirred.

Such is the end of New England Patriots' tight end Aaron Hernandez.

“Mr. Hernandez was in a single cell in a general population unit,” a statement from the Department of Correction reads, the Boston Globe reported.

God is not pleased with this turn of events - "Say to them, 'As surely as I live, declares the Sovereign LORD, I take no pleasure in the death of the wicked, but rather that they turn from their ways and live."
Eze. 33:11.
Posted by sig94 at 7:38 AM 8 comments:

“Vanity and pride are different things, though the words are often used synonymously. A person may be proud without being vain. Pride relates more to our opinion of ourselves, vanity to what we would have others think of us.”

Email ThisBlogThis!Share to TwitterShare to FacebookShare to Pinterest
Labels: Words of Wisdom

If The Nation Really Knew...

It can be very frustrating trying to make sense of crime statistics. I have been collecting and analyzing crime data since 1987 when I started GIS-based crime analysis for the Syracuse Police and have only stopped once I retired in 2017 from the DA's Office. Back in the early 90's I assisted a few other police agencies, including the Auckland (New Zealand) Police Department, in bringing their Mapinfo systems on line.

I often thought that the feds went out of their way to obfuscate crime stats, especially those concerning minorities. Seems I was right. And this leads to problems. When Willy Sutton, the famous bank robber, was asked why he robbed banks, allegedly he responded, "Because that's where they keep the money." Cops arrest minorities because that's where much of the crime is.


“The big fallacy of all anti-cop activism is to ignore the fact that policing today is data-driven and police go where people are most being victimized and that is in minority neighborhoods. But the public is, by and large, clueless about how vast the disparities in criminal offending are,” she said. “The federal government could take the lead in educating the public about policing and crime.”

On immigration issues, the federal government hides data about the scale of guest-worker programs, such as the H-1B program, and it hides data about green card holders, said Steven Camarota, research director at the non-partisan Center for Immigration Studies (CIS). Similarly, the federal government has muddled data regarding repatriations, he said, adding: “This is how the Obama administration made [the number of] deportations look higher.”

Don't tug on Jared Kushner's cape and don't piss in his corn flakes.

Ever wonder why NJ Gov. Chris "Krispy Kreme" Christie was dumped as the head of Trump's Presidential transition team?

Trump's son-in-law, Jared, most likely was the reason.

Christie was the US Attorney who put Jared's father in prison. That is no surprise, this information has been out there for a good while. But what did Charles Kushner, Jared's father, do that he plead guilty to federal charges? And not just him, his brother-in-law also.

My take on this is: Trump must have known the story behind the federal prosecution of Charles Kushner prior to announcing his decision last May to select Christie as leader of his transition team. Then right after the election he dumps Christie (and all of Christie's buddies) and replaces him with Pence. Was this also a form of pay back?  Hmmm? 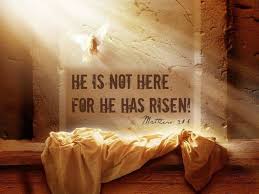 He Has Risen Indeed.