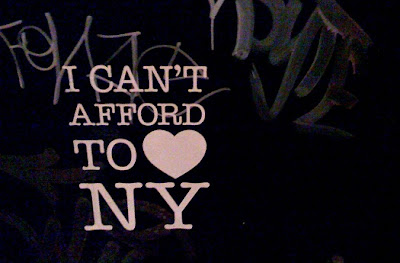 If New York had a screen door the sound of it opening and banging shut would drive half the State insane. New York is Arizona in reverse - Pennsylvania may station troopers at the border to stop fleeing NY residents from heading south.

Taxed-out New Yorkers are voting with their feet, with a staggering 1.6 million residents fleeing the state over the last decade, a new report found.

That's as if the entire populations of Buffalo, Rochester, Yonkers, White Plains and West Babylon combined had packed up and left.

For the second consecutive decade, New York led the nation in the percentage of residents leaving for other states, according to the report by the Empire Center for State Policy.

The population loss is "the ultimate barometer of New York's attractiveness as a place to work, live and do business," said the report's co-author, E.J. McMahon. "It's the ultimate indication that we've been doing things wrong."

This is reminiscent of mass migrations of artic caribou, swallows to Capistrano and Berliners manifesting their displeasure with the communist government of East Germany.

Most analysts blamed New York's high taxes and skyrocketing cost of living for the mass exodus.

The Tax Foundation ranked New York highest in the nation in the combined state and local tax burden in 2008. And as small-business lobbyist Mike Durant noted, New York has also "consistently ranked worst or in the top three worst in business climate.

"You can't suck every penny out of people and expect them to remain in New York," added Durant, New York state director of the National Federation of Independent Business.

Since 1960, New York has lost 7.3 million residents to other states -- a net loss of 2.5 million people after adding in an influx of 4.8 million new immigrants, the study found.

Even counting the state's high influx of immigrants, New York still suffered a bigger net loss than all but three other states during the last decade, according to the analysis of 2010 Census data by the fiscally conservative think tank.

Where fools reign, the people suffer.
NY State government is Chock Full O'Fools and millions of people have had enough. I write this as I have just about had it also. I just left North Carolina where we stayed with a friend who has a home worth nearly a million dollars. He pays about $2,200 a year in property taxes. My home in upstate NY is worth far, far less and I pay nearly double that. If I could get a job there, I'd move in a heartbeat.
Posted by sig94 at 6:37 PM 18 comments: 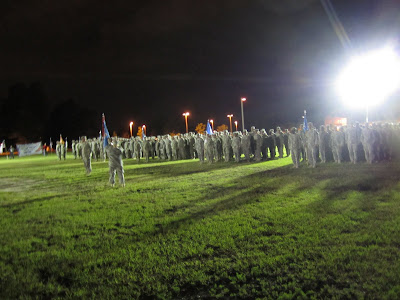 It was 0300 hrs a week ago Monday. After landing at Raleigh, our soldiers were driven to Fort Bragg. They exited about a half dozen buses and marched onto the parade grounds. About 200 soldiers of the 525th Battlefield Surveillance Brigade finally surveyed something they had waited a year to see again. About 400 family, friends and loved ones were going absolutely nuts. 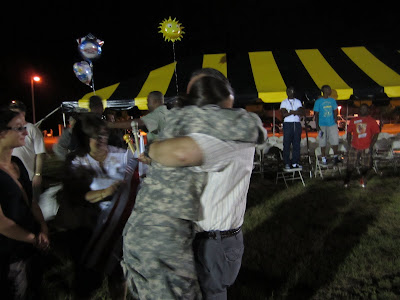 Hat Tip to No Pasaran
Posted by Anonymous at 2:22 AM 9 comments: